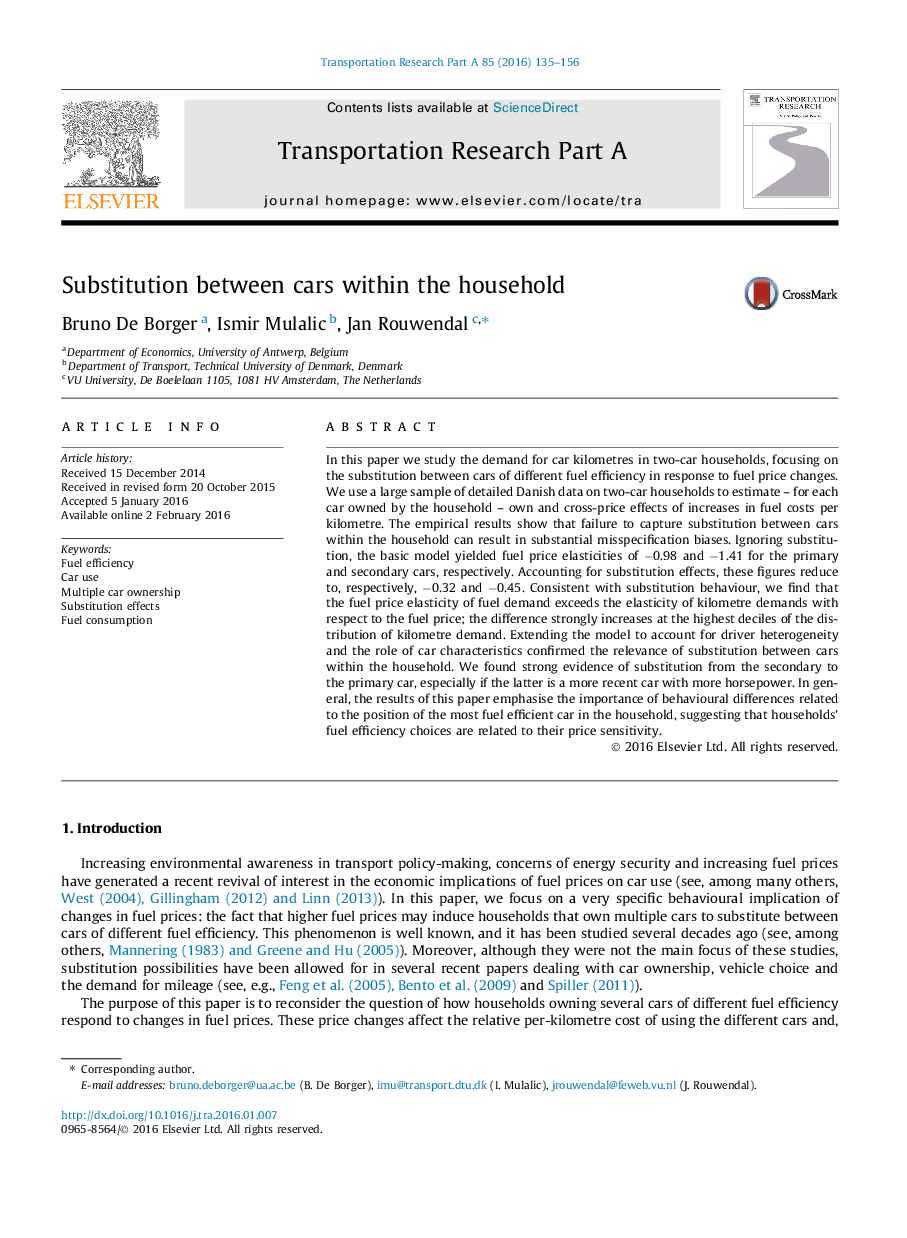 • We estimate a general model for the demand for kilometres in multiple car households.
• We find substantial differences with formulations that neglect the possibility of substitution.
• We find that car efficiency and substitution are strongly correlated.

In this paper we study the demand for car kilometres in two-car households, focusing on the substitution between cars of different fuel efficiency in response to fuel price changes. We use a large sample of detailed Danish data on two-car households to estimate – for each car owned by the household – own and cross-price effects of increases in fuel costs per kilometre. The empirical results show that failure to capture substitution between cars within the household can result in substantial misspecification biases. Ignoring substitution, the basic model yielded fuel price elasticities of −0.98 and −1.41 for the primary and secondary cars, respectively. Accounting for substitution effects, these figures reduce to, respectively, −0.32 and −0.45. Consistent with substitution behaviour, we find that the fuel price elasticity of fuel demand exceeds the elasticity of kilometre demands with respect to the fuel price; the difference strongly increases at the highest deciles of the distribution of kilometre demand. Extending the model to account for driver heterogeneity and the role of car characteristics confirmed the relevance of substitution between cars within the household. We found strong evidence of substitution from the secondary to the primary car, especially if the latter is a more recent car with more horsepower. In general, the results of this paper emphasise the importance of behavioural differences related to the position of the most fuel efficient car in the household, suggesting that households’ fuel efficiency choices are related to their price sensitivity.