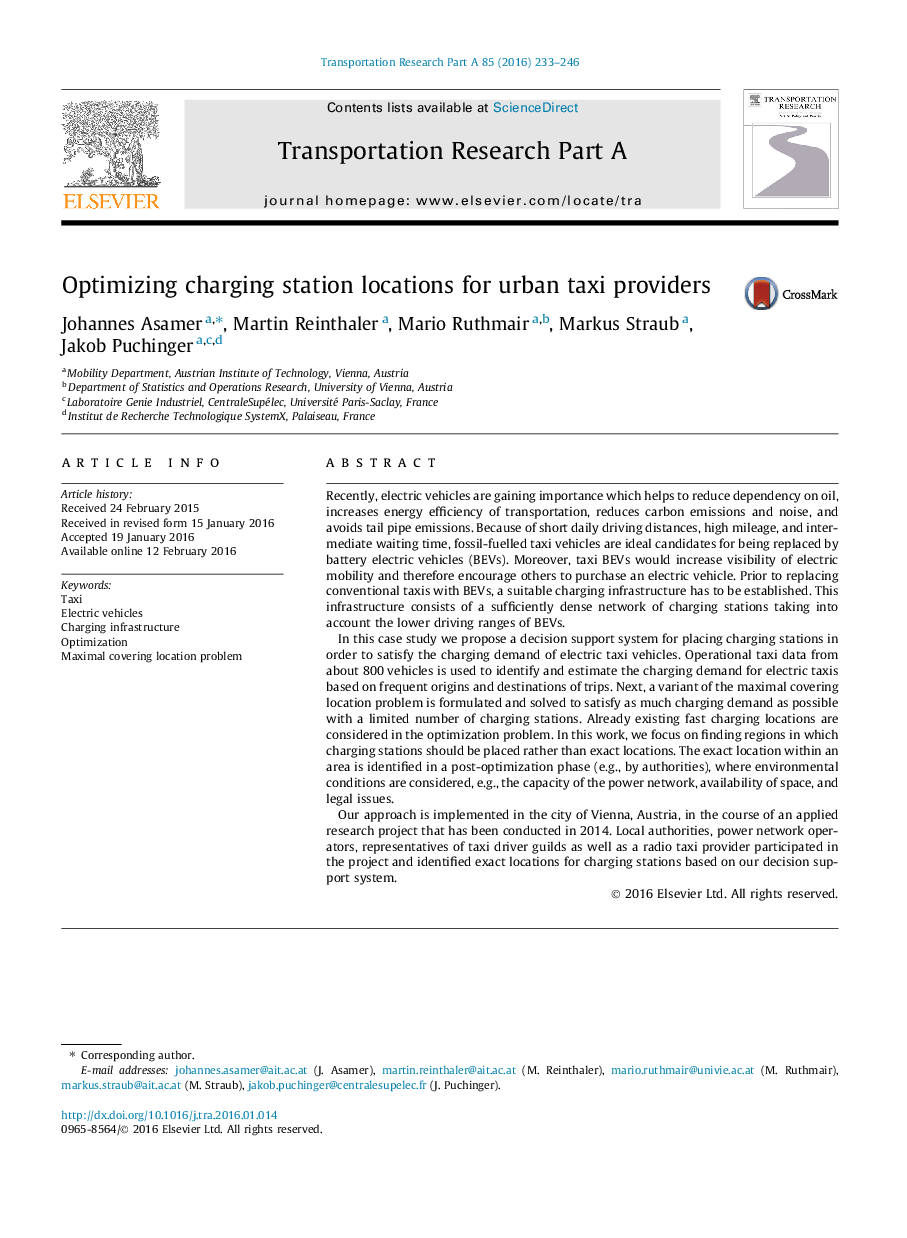 Recently, electric vehicles are gaining importance which helps to reduce dependency on oil, increases energy efficiency of transportation, reduces carbon emissions and noise, and avoids tail pipe emissions. Because of short daily driving distances, high mileage, and intermediate waiting time, fossil-fuelled taxi vehicles are ideal candidates for being replaced by battery electric vehicles (BEVs). Moreover, taxi BEVs would increase visibility of electric mobility and therefore encourage others to purchase an electric vehicle. Prior to replacing conventional taxis with BEVs, a suitable charging infrastructure has to be established. This infrastructure consists of a sufficiently dense network of charging stations taking into account the lower driving ranges of BEVs.In this case study we propose a decision support system for placing charging stations in order to satisfy the charging demand of electric taxi vehicles. Operational taxi data from about 800 vehicles is used to identify and estimate the charging demand for electric taxis based on frequent origins and destinations of trips. Next, a variant of the maximal covering location problem is formulated and solved to satisfy as much charging demand as possible with a limited number of charging stations. Already existing fast charging locations are considered in the optimization problem. In this work, we focus on finding regions in which charging stations should be placed rather than exact locations. The exact location within an area is identified in a post-optimization phase (e.g., by authorities), where environmental conditions are considered, e.g., the capacity of the power network, availability of space, and legal issues.Our approach is implemented in the city of Vienna, Austria, in the course of an applied research project that has been conducted in 2014. Local authorities, power network operators, representatives of taxi driver guilds as well as a radio taxi provider participated in the project and identified exact locations for charging stations based on our decision support system.