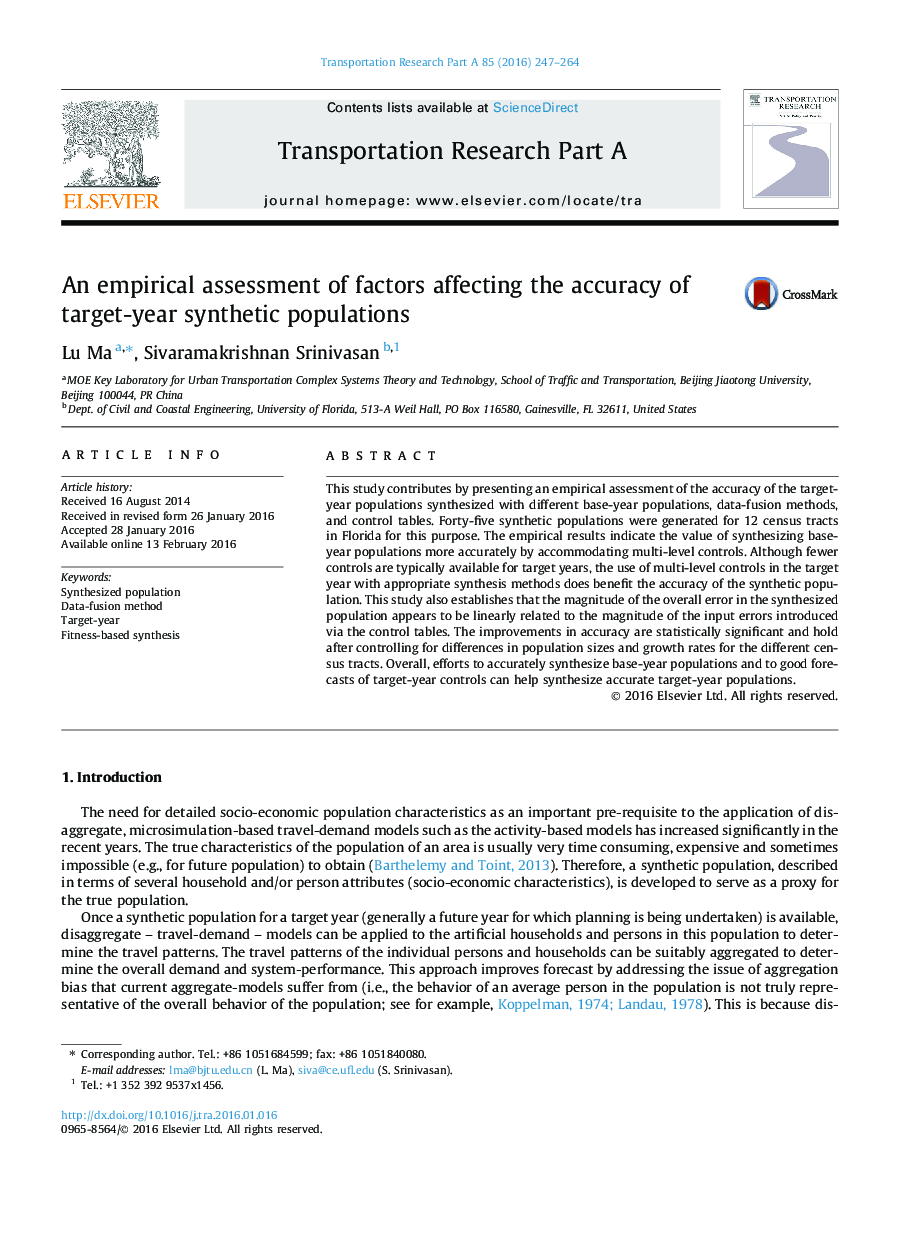 This study contributes by presenting an empirical assessment of the accuracy of the target-year populations synthesized with different base-year populations, data-fusion methods, and control tables. Forty-five synthetic populations were generated for 12 census tracts in Florida for this purpose. The empirical results indicate the value of synthesizing base-year populations more accurately by accommodating multi-level controls. Although fewer controls are typically available for target years, the use of multi-level controls in the target year with appropriate synthesis methods does benefit the accuracy of the synthetic population. This study also establishes that the magnitude of the overall error in the synthesized population appears to be linearly related to the magnitude of the input errors introduced via the control tables. The improvements in accuracy are statistically significant and hold after controlling for differences in population sizes and growth rates for the different census tracts. Overall, efforts to accurately synthesize base-year populations and to good forecasts of target-year controls can help synthesize accurate target-year populations.