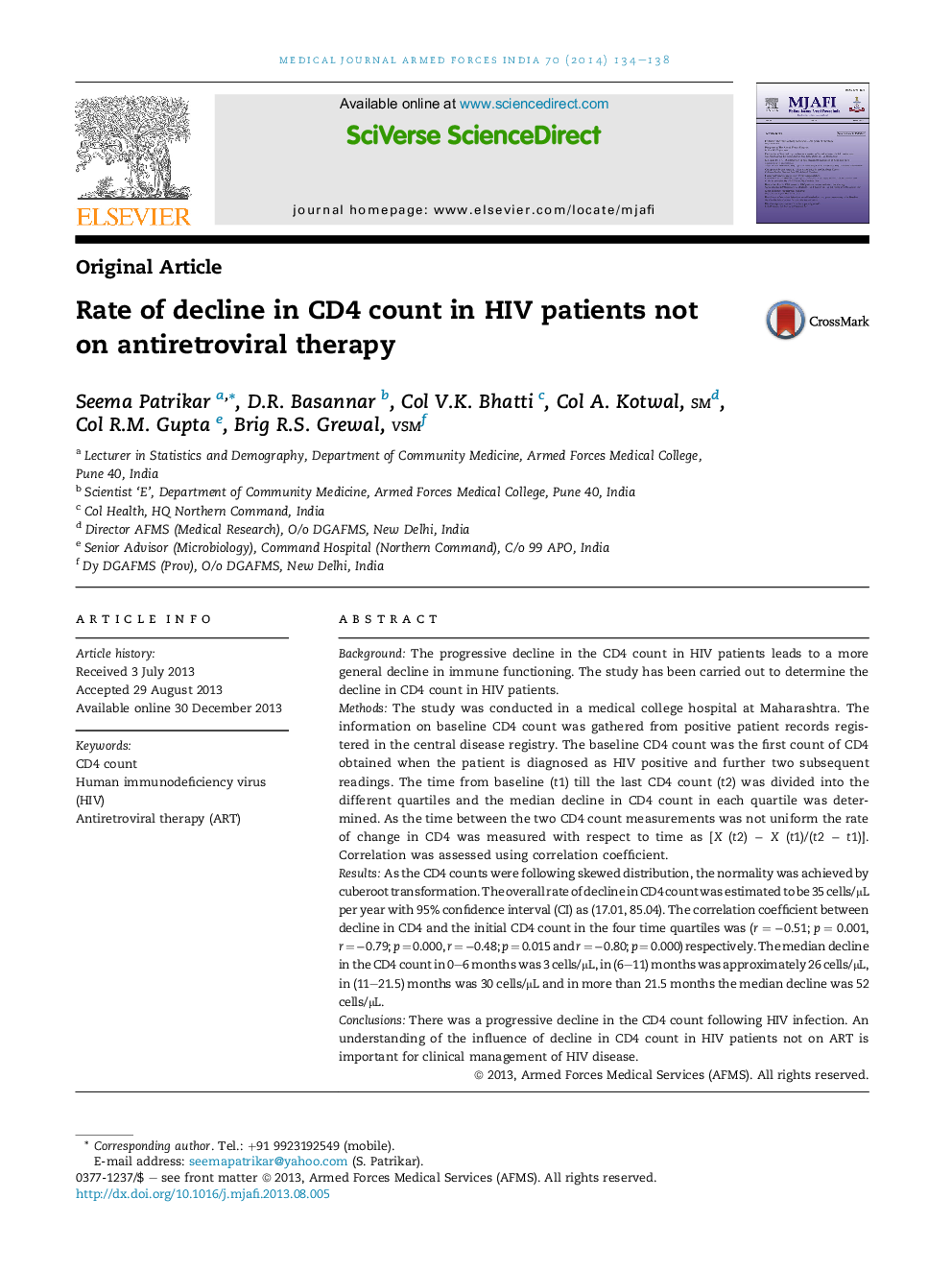 BackgroundThe progressive decline in the CD4 count in HIV patients leads to a more general decline in immune functioning. The study has been carried out to determine the decline in CD4 count in HIV patients.MethodsThe study was conducted in a medical college hospital at Maharashtra. The information on baseline CD4 count was gathered from positive patient records registered in the central disease registry. The baseline CD4 count was the first count of CD4 obtained when the patient is diagnosed as HIV positive and further two subsequent readings. The time from baseline (t1) till the last CD4 count (t2) was divided into the different quartiles and the median decline in CD4 count in each quartile was determined. As the time between the two CD4 count measurements was not uniform the rate of change in CD4 was measured with respect to time as [X (t2) − X (t1)/(t2 − t1)]. Correlation was assessed using correlation coefficient.ResultsAs the CD4 counts were following skewed distribution, the normality was achieved by cuberoot transformation. The overall rate of decline in CD4 count was estimated to be 35 cells/μL per year with 95% confidence interval (CI) as (17.01, 85.04). The correlation coefficient between decline in CD4 and the initial CD4 count in the four time quartiles was (r = −0.51; p = 0.001, r = −0.79; p = 0.000, r = −0.48; p = 0.015 and r = −0.80; p = 0.000) respectively. The median decline in the CD4 count in 0–6 months was 3 cells/μL, in (6–11) months was approximately 26 cells/μL, in (11–21.5) months was 30 cells/μL and in more than 21.5 months the median decline was 52 cells/μL.ConclusionsThere was a progressive decline in the CD4 count following HIV infection. An understanding of the influence of decline in CD4 count in HIV patients not on ART is important for clinical management of HIV disease.