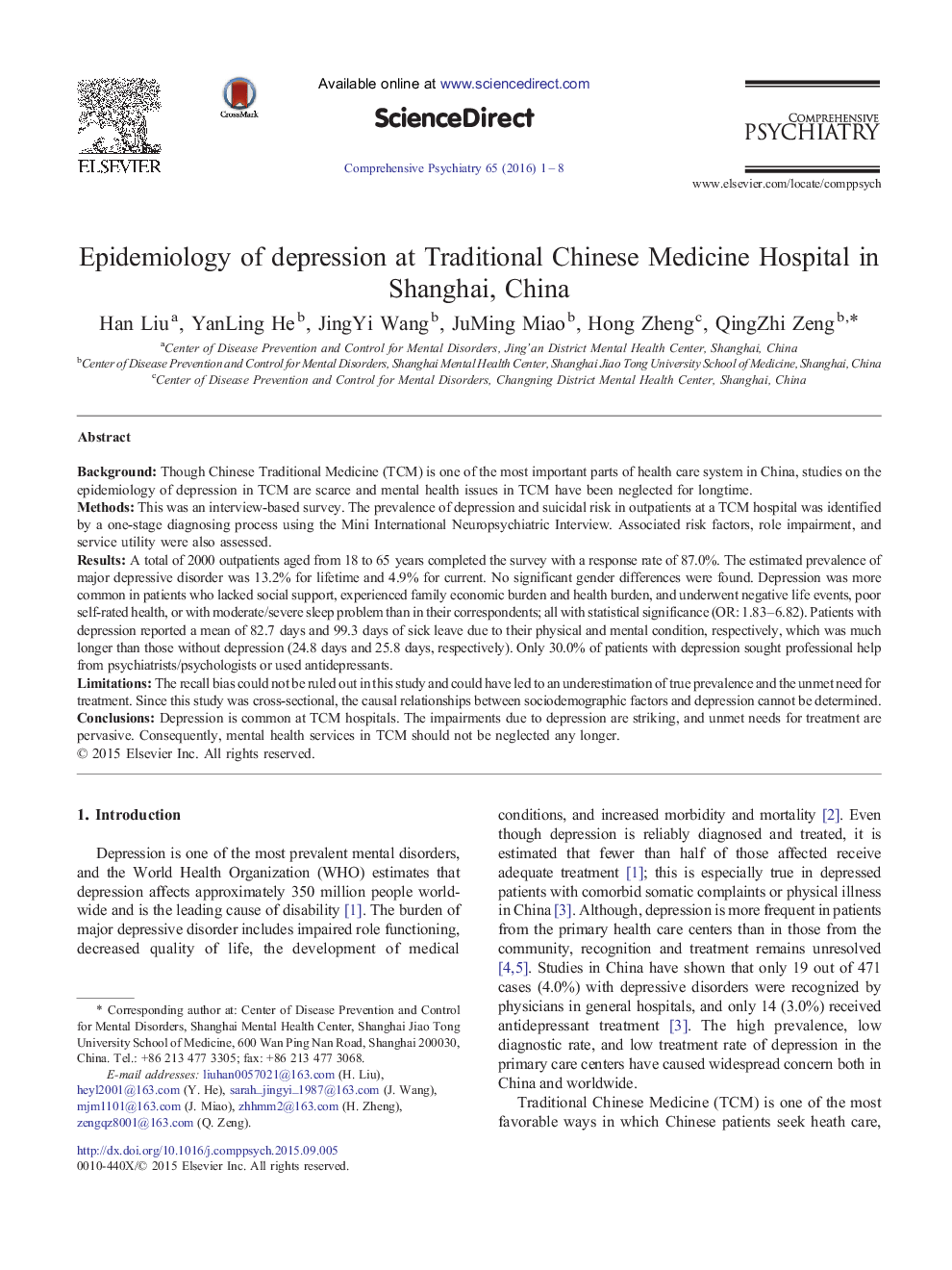 BackgroundThough Chinese Traditional Medicine (TCM) is one of the most important parts of health care system in China, studies on the epidemiology of depression in TCM are scarce and mental health issues in TCM have been neglected for longtime.MethodsThis was an interview-based survey. The prevalence of depression and suicidal risk in outpatients at a TCM hospital was identified by a one-stage diagnosing process using the Mini International Neuropsychiatric Interview. Associated risk factors, role impairment, and service utility were also assessed.ResultsA total of 2000 outpatients aged from 18 to 65 years completed the survey with a response rate of 87.0%. The estimated prevalence of major depressive disorder was 13.2% for lifetime and 4.9% for current. No significant gender differences were found. Depression was more common in patients who lacked social support, experienced family economic burden and health burden, and underwent negative life events, poor self-rated health, or with moderate/severe sleep problem than in their correspondents; all with statistical significance (OR: 1.83–6.82). Patients with depression reported a mean of 82.7 days and 99.3 days of sick leave due to their physical and mental condition, respectively, which was much longer than those without depression (24.8 days and 25.8 days, respectively). Only 30.0% of patients with depression sought professional help from psychiatrists/psychologists or used antidepressants.LimitationsThe recall bias could not be ruled out in this study and could have led to an underestimation of true prevalence and the unmet need for treatment. Since this study was cross-sectional, the causal relationships between sociodemographic factors and depression cannot be determined.ConclusionsDepression is common at TCM hospitals. The impairments due to depression are striking, and unmet needs for treatment are pervasive. Consequently, mental health services in TCM should not be neglected any longer.