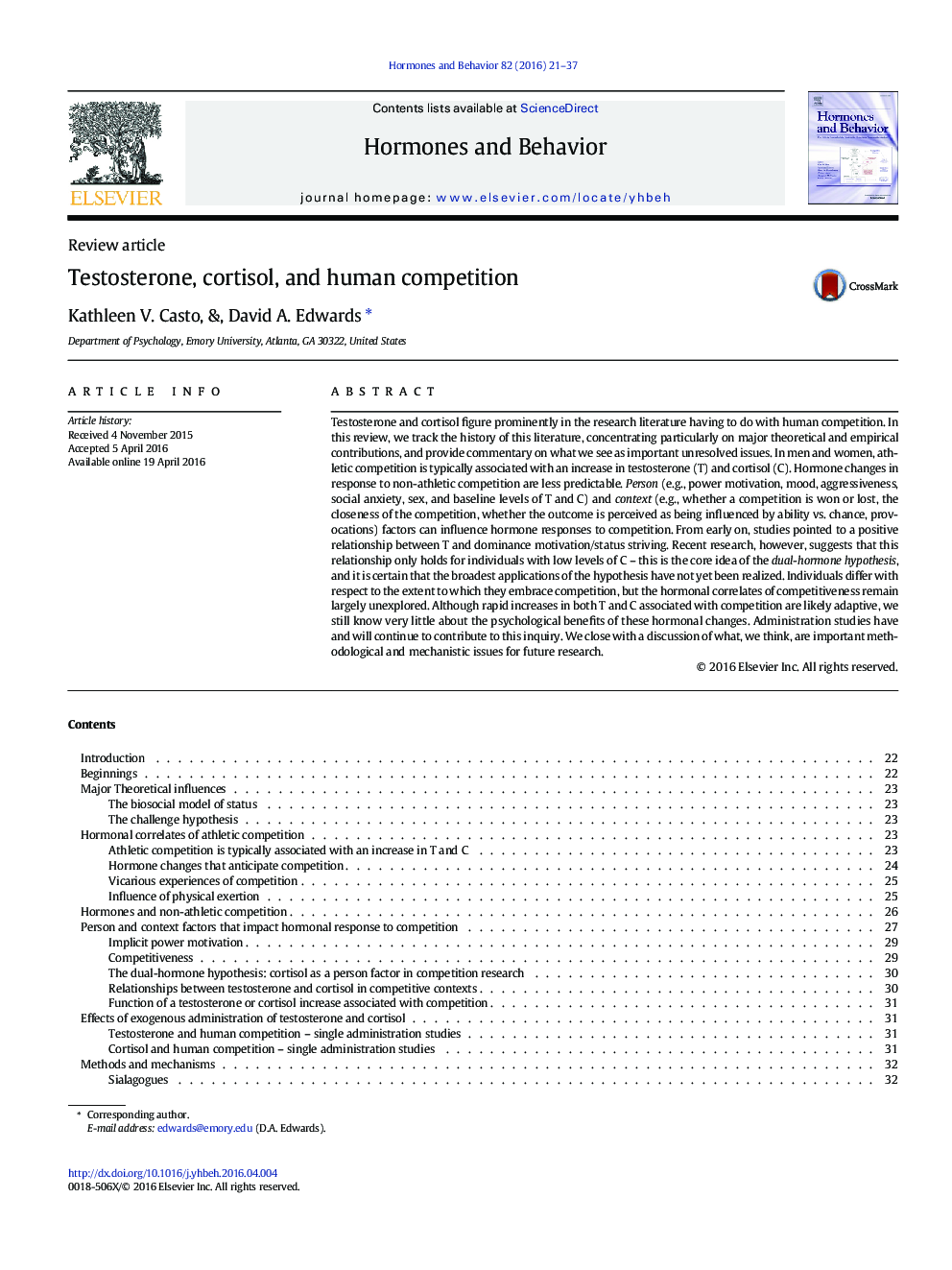 Testosterone and cortisol figure prominently in the research literature having to do with human competition. In this review, we track the history of this literature, concentrating particularly on major theoretical and empirical contributions, and provide commentary on what we see as important unresolved issues. In men and women, athletic competition is typically associated with an increase in testosterone (T) and cortisol (C). Hormone changes in response to non-athletic competition are less predictable. Person (e.g., power motivation, mood, aggressiveness, social anxiety, sex, and baseline levels of T and C) and context (e.g., whether a competition is won or lost, the closeness of the competition, whether the outcome is perceived as being influenced by ability vs. chance, provocations) factors can influence hormone responses to competition. From early on, studies pointed to a positive relationship between T and dominance motivation/status striving. Recent research, however, suggests that this relationship only holds for individuals with low levels of C – this is the core idea of the dual-hormone hypothesis, and it is certain that the broadest applications of the hypothesis have not yet been realized. Individuals differ with respect to the extent to which they embrace competition, but the hormonal correlates of competitiveness remain largely unexplored. Although rapid increases in both T and C associated with competition are likely adaptive, we still know very little about the psychological benefits of these hormonal changes. Administration studies have and will continue to contribute to this inquiry. We close with a discussion of what, we think, are important methodological and mechanistic issues for future research.