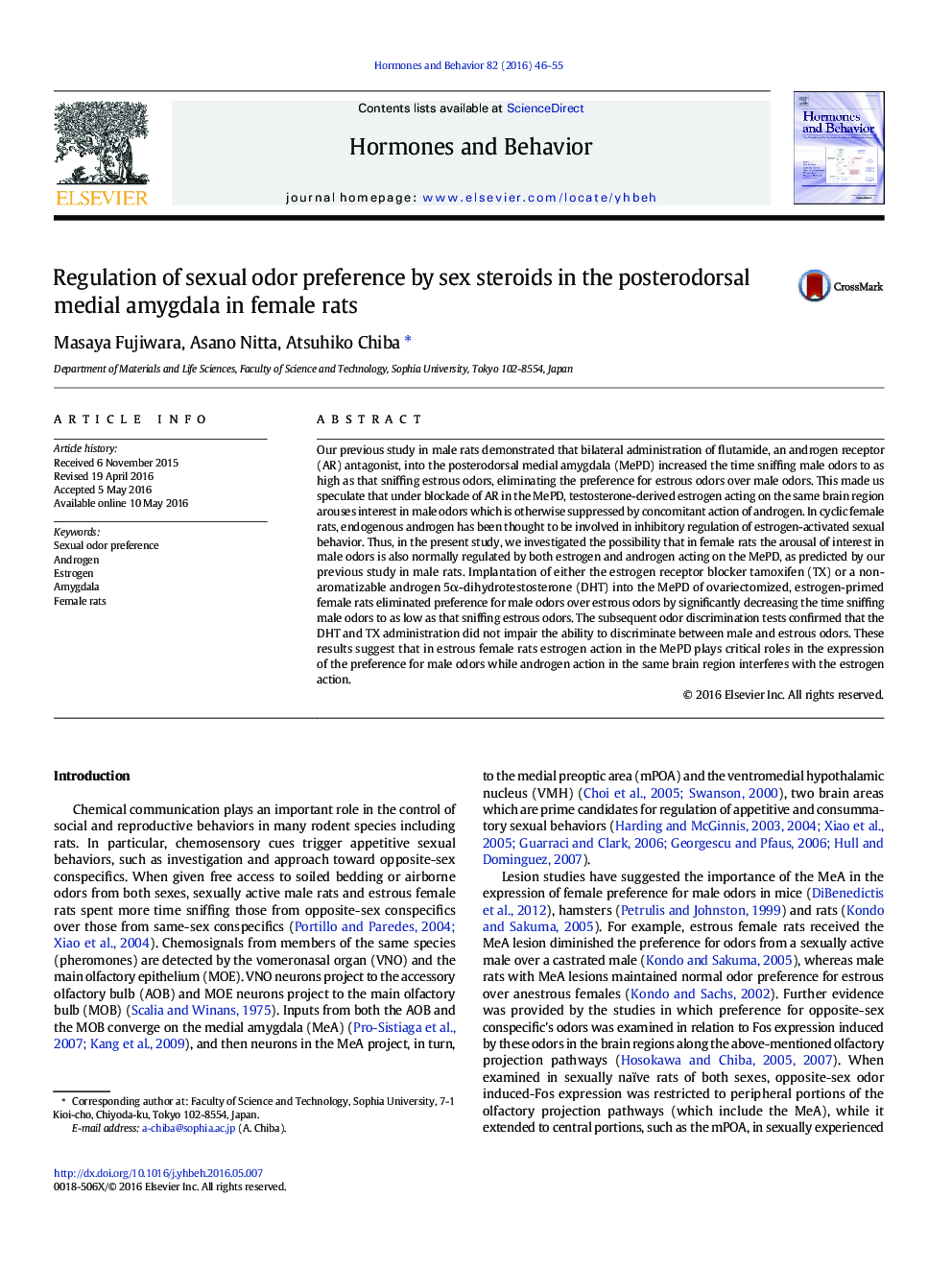 Our previous study in male rats demonstrated that bilateral administration of flutamide, an androgen receptor (AR) antagonist, into the posterodorsal medial amygdala (MePD) increased the time sniffing male odors to as high as that sniffing estrous odors, eliminating the preference for estrous odors over male odors. This made us speculate that under blockade of AR in the MePD, testosterone-derived estrogen acting on the same brain region arouses interest in male odors which is otherwise suppressed by concomitant action of androgen. In cyclic female rats, endogenous androgen has been thought to be involved in inhibitory regulation of estrogen-activated sexual behavior. Thus, in the present study, we investigated the possibility that in female rats the arousal of interest in male odors is also normally regulated by both estrogen and androgen acting on the MePD, as predicted by our previous study in male rats. Implantation of either the estrogen receptor blocker tamoxifen (TX) or a non-aromatizable androgen 5α-dihydrotestosterone (DHT) into the MePD of ovariectomized, estrogen-primed female rats eliminated preference for male odors over estrous odors by significantly decreasing the time sniffing male odors to as low as that sniffing estrous odors. The subsequent odor discrimination tests confirmed that the DHT and TX administration did not impair the ability to discriminate between male and estrous odors. These results suggest that in estrous female rats estrogen action in the MePD plays critical roles in the expression of the preference for male odors while androgen action in the same brain region interferes with the estrogen action.