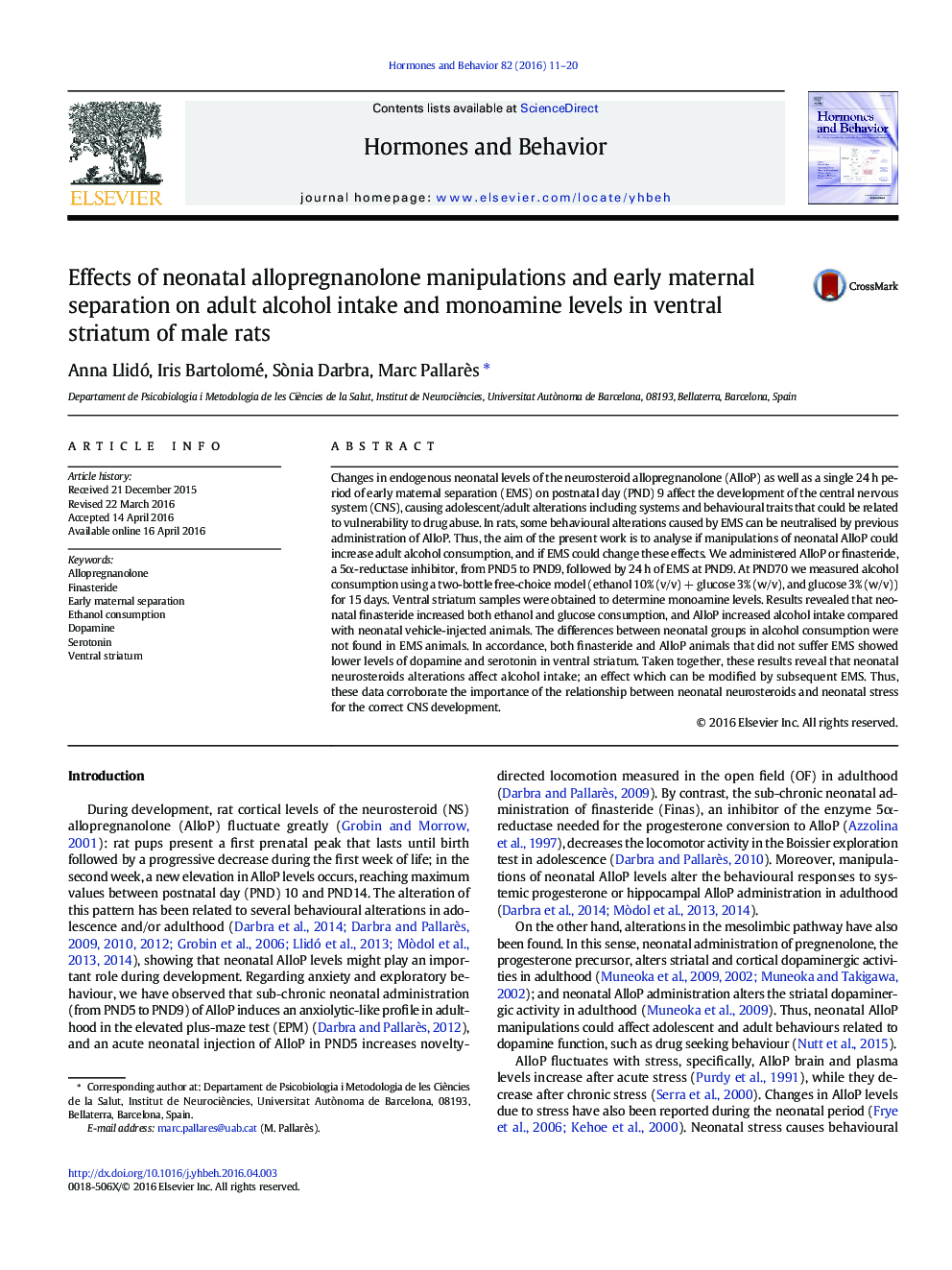 Changes in endogenous neonatal levels of the neurosteroid allopregnanolone (AlloP) as well as a single 24 h period of early maternal separation (EMS) on postnatal day (PND) 9 affect the development of the central nervous system (CNS), causing adolescent/adult alterations including systems and behavioural traits that could be related to vulnerability to drug abuse. In rats, some behavioural alterations caused by EMS can be neutralised by previous administration of AlloP. Thus, the aim of the present work is to analyse if manipulations of neonatal AlloP could increase adult alcohol consumption, and if EMS could change these effects. We administered AlloP or finasteride, a 5α-reductase inhibitor, from PND5 to PND9, followed by 24 h of EMS at PND9. At PND70 we measured alcohol consumption using a two-bottle free-choice model (ethanol 10% (v/v) + glucose 3% (w/v), and glucose 3% (w/v)) for 15 days. Ventral striatum samples were obtained to determine monoamine levels. Results revealed that neonatal finasteride increased both ethanol and glucose consumption, and AlloP increased alcohol intake compared with neonatal vehicle-injected animals. The differences between neonatal groups in alcohol consumption were not found in EMS animals. In accordance, both finasteride and AlloP animals that did not suffer EMS showed lower levels of dopamine and serotonin in ventral striatum. Taken together, these results reveal that neonatal neurosteroids alterations affect alcohol intake; an effect which can be modified by subsequent EMS. Thus, these data corroborate the importance of the relationship between neonatal neurosteroids and neonatal stress for the correct CNS development.