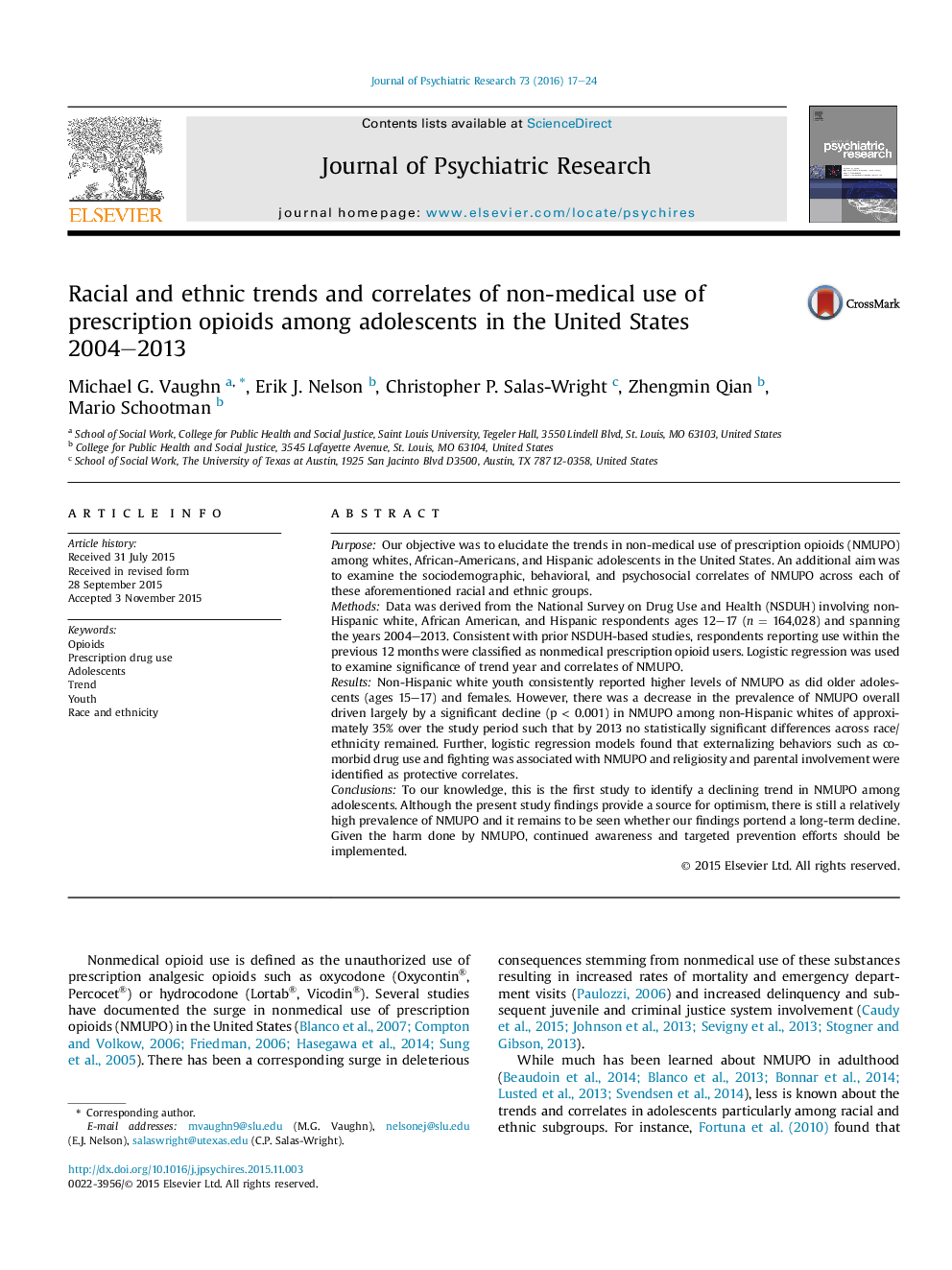 PurposeOur objective was to elucidate the trends in non-medical use of prescription opioids (NMUPO) among whites, African-Americans, and Hispanic adolescents in the United States. An additional aim was to examine the sociodemographic, behavioral, and psychosocial correlates of NMUPO across each of these aforementioned racial and ethnic groups.MethodsData was derived from the National Survey on Drug Use and Health (NSDUH) involving non-Hispanic white, African American, and Hispanic respondents ages 12–17 (n = 164,028) and spanning the years 2004–2013. Consistent with prior NSDUH-based studies, respondents reporting use within the previous 12 months were classified as nonmedical prescription opioid users. Logistic regression was used to examine significance of trend year and correlates of NMUPO.ResultsNon-Hispanic white youth consistently reported higher levels of NMUPO as did older adolescents (ages 15–17) and females. However, there was a decrease in the prevalence of NMUPO overall driven largely by a significant decline (p < 0.001) in NMUPO among non-Hispanic whites of approximately 35% over the study period such that by 2013 no statistically significant differences across race/ethnicity remained. Further, logistic regression models found that externalizing behaviors such as comorbid drug use and fighting was associated with NMUPO and religiosity and parental involvement were identified as protective correlates.ConclusionsTo our knowledge, this is the first study to identify a declining trend in NMUPO among adolescents. Although the present study findings provide a source for optimism, there is still a relatively high prevalence of NMUPO and it remains to be seen whether our findings portend a long-term decline. Given the harm done by NMUPO, continued awareness and targeted prevention efforts should be implemented.