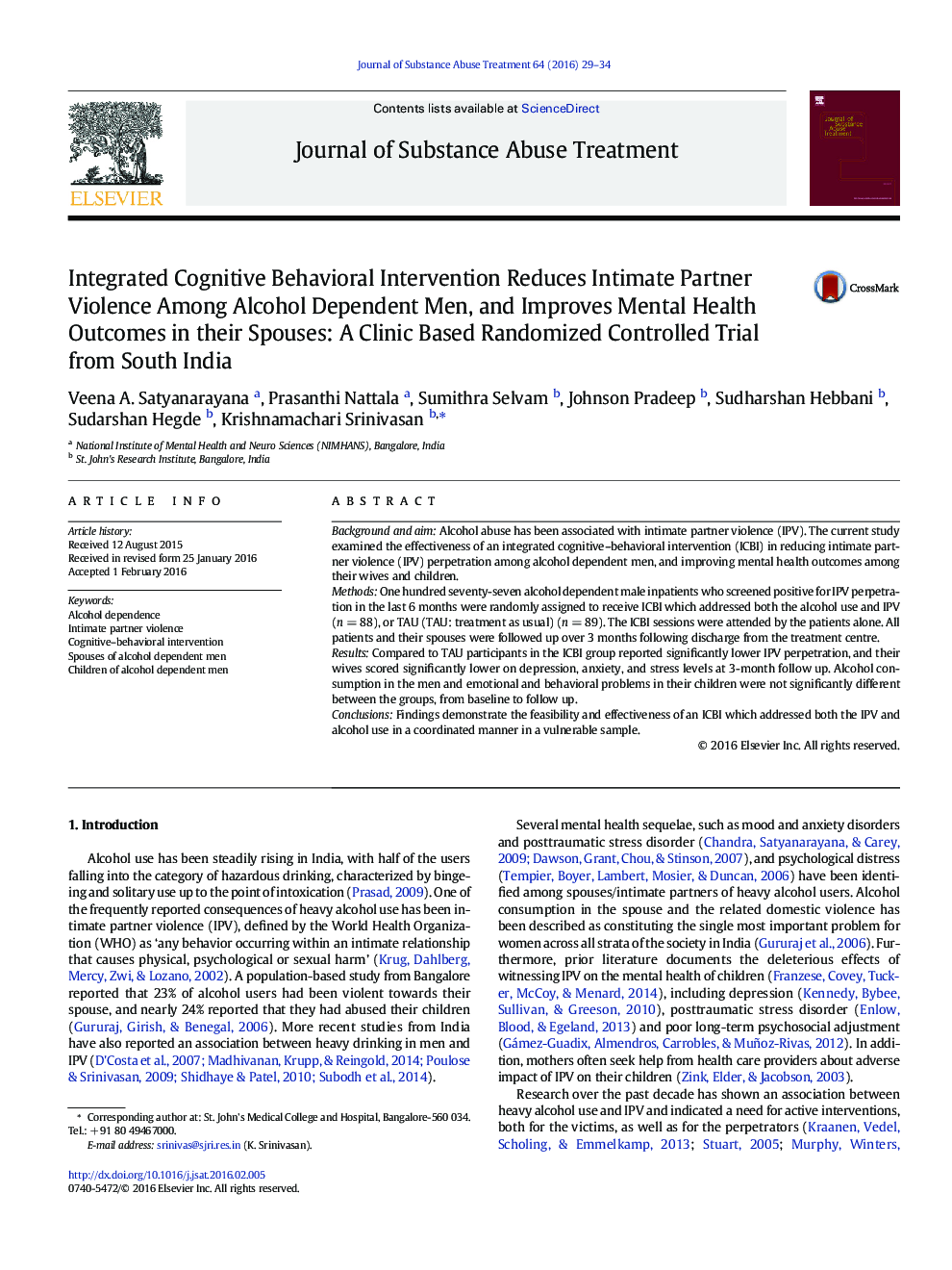 Background and aimAlcohol abuse has been associated with intimate partner violence (IPV). The current study examined the effectiveness of an integrated cognitive–behavioral intervention (ICBI) in reducing intimate partner violence (IPV) perpetration among alcohol dependent men, and improving mental health outcomes among their wives and children.MethodsOne hundred seventy-seven alcohol dependent male inpatients who screened positive for IPV perpetration in the last 6 months were randomly assigned to receive ICBI which addressed both the alcohol use and IPV (n = 88), or TAU (TAU: treatment as usual) (n = 89). The ICBI sessions were attended by the patients alone. All patients and their spouses were followed up over 3 months following discharge from the treatment centre.ResultsCompared to TAU participants in the ICBI group reported significantly lower IPV perpetration, and their wives scored significantly lower on depression, anxiety, and stress levels at 3-month follow up. Alcohol consumption in the men and emotional and behavioral problems in their children were not significantly different between the groups, from baseline to follow up.ConclusionsFindings demonstrate the feasibility and effectiveness of an ICBI which addressed both the IPV and alcohol use in a coordinated manner in a vulnerable sample.