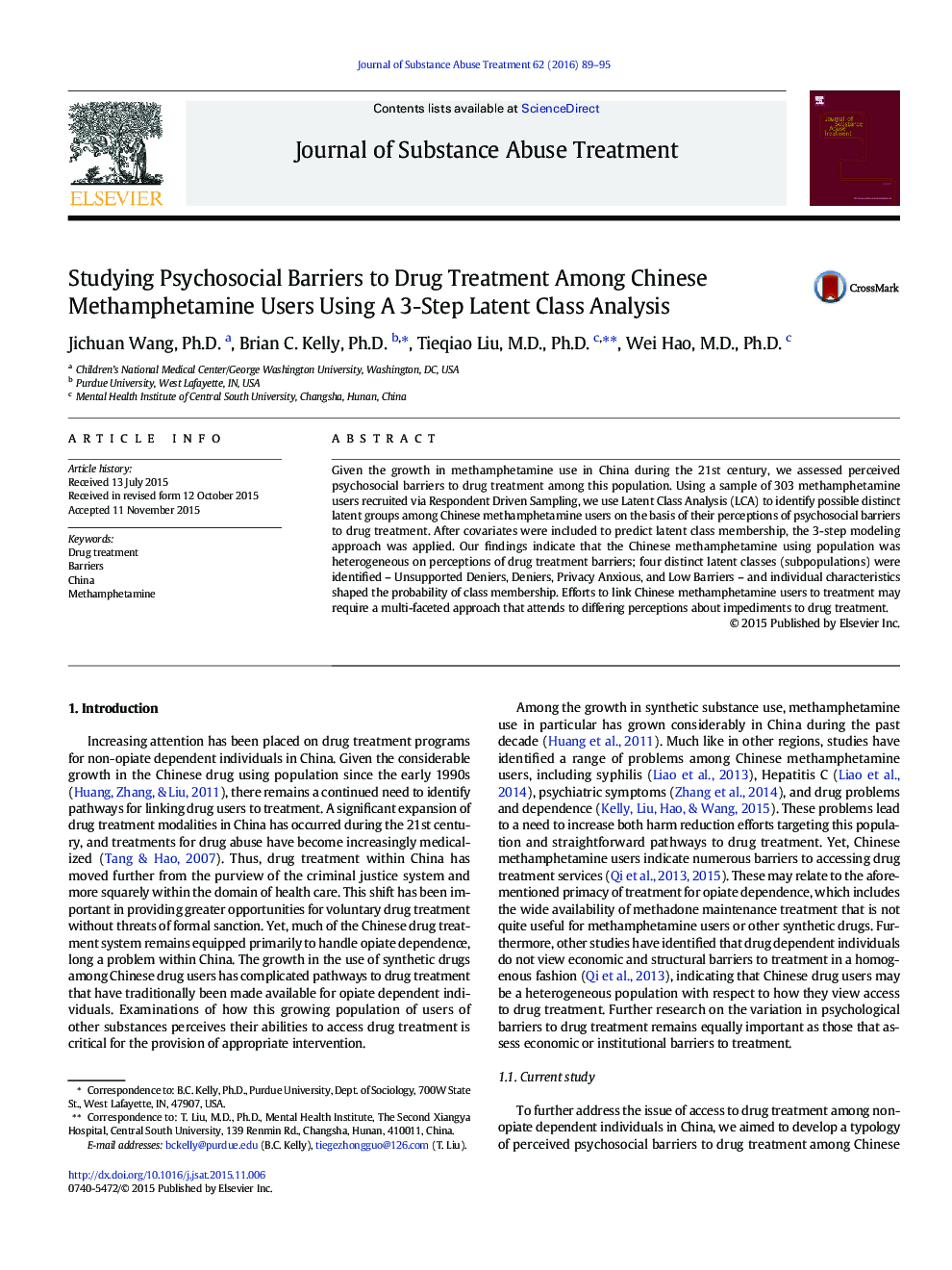 • Meth users in China are a heterogeneous population for perceived barriers to drug treatment.
• Those most in need of treatment may be perceiving the fewest barriers.
• Those with higher incomes are less likely to fall in the privacy anxious class.
• Linking Chinese meth users to treatment may require a multi-faceted approach.