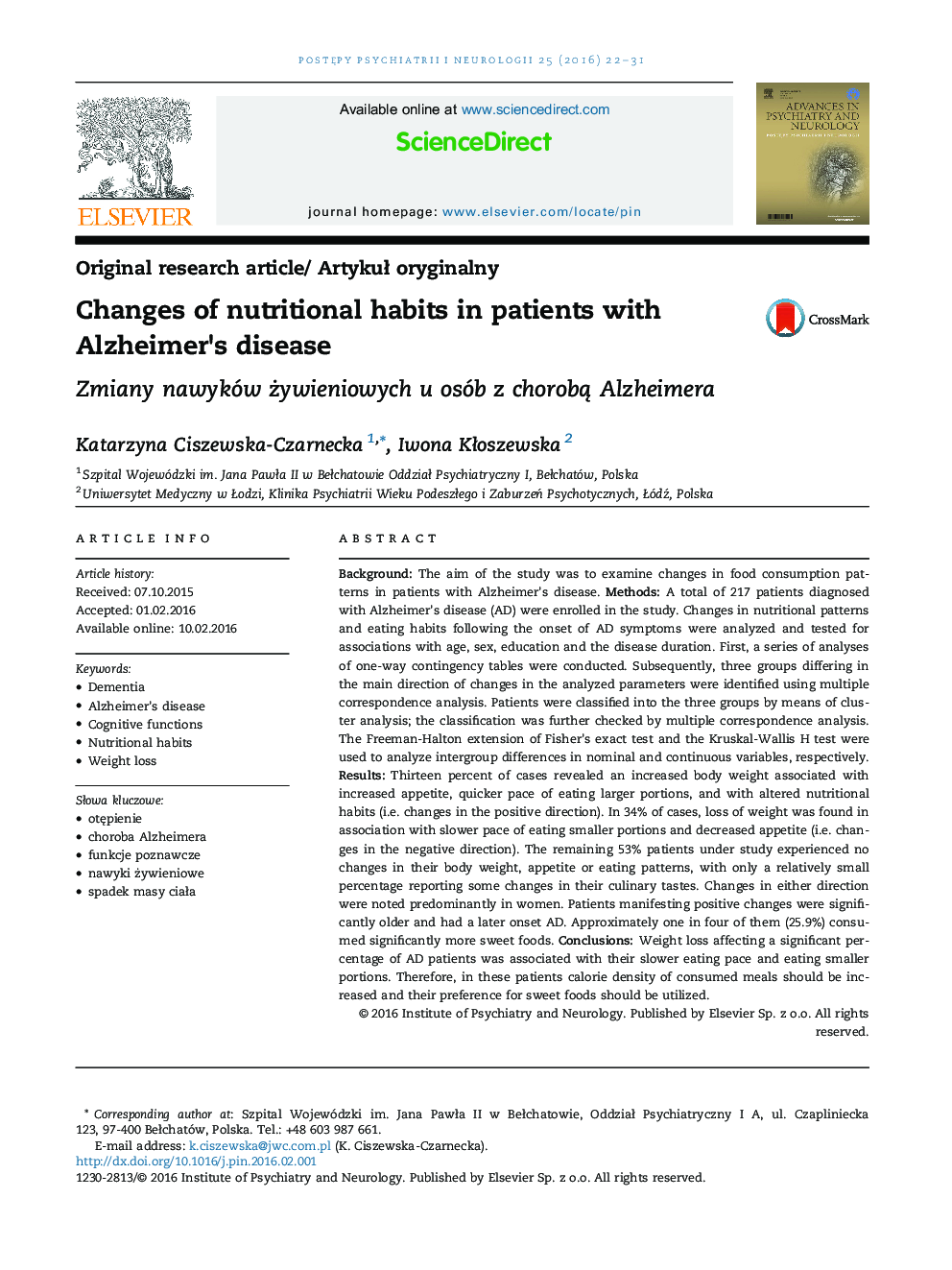 BackgroundThe aim of the study was to examine changes in food consumption patterns in patients with Alzheimer's disease.MethodsA total of 217 patients diagnosed with Alzheimer's disease (AD) were enrolled in the study. Changes in nutritional patterns and eating habits following the onset of AD symptoms were analyzed and tested for associations with age, sex, education and the disease duration. First, a series of analyses of one-way contingency tables were conducted. Subsequently, three groups differing in the main direction of changes in the analyzed parameters were identified using multiple correspondence analysis. Patients were classified into the three groups by means of cluster analysis; the classification was further checked by multiple correspondence analysis. The Freeman-Halton extension of Fisher's exact test and the Kruskal-Wallis H test were used to analyze intergroup differences in nominal and continuous variables, respectively.ResultsThirteen percent of cases revealed an increased body weight associated with increased appetite, quicker pace of eating larger portions, and with altered nutritional habits (i.e. changes in the positive direction). In 34% of cases, loss of weight was found in association with slower pace of eating smaller portions and decreased appetite (i.e. changes in the negative direction). The remaining 53% patients under study experienced no changes in their body weight, appetite or eating patterns, with only a relatively small percentage reporting some changes in their culinary tastes. Changes in either direction were noted predominantly in women. Patients manifesting positive changes were significantly older and had a later onset AD. Approximately one in four of them (25.9%) consumed significantly more sweet foods.ConclusionsWeight loss affecting a significant percentage of AD patients was associated with their slower eating pace and eating smaller portions. Therefore, in these patients calorie density of consumed meals should be increased and their preference for sweet foods should be utilized.