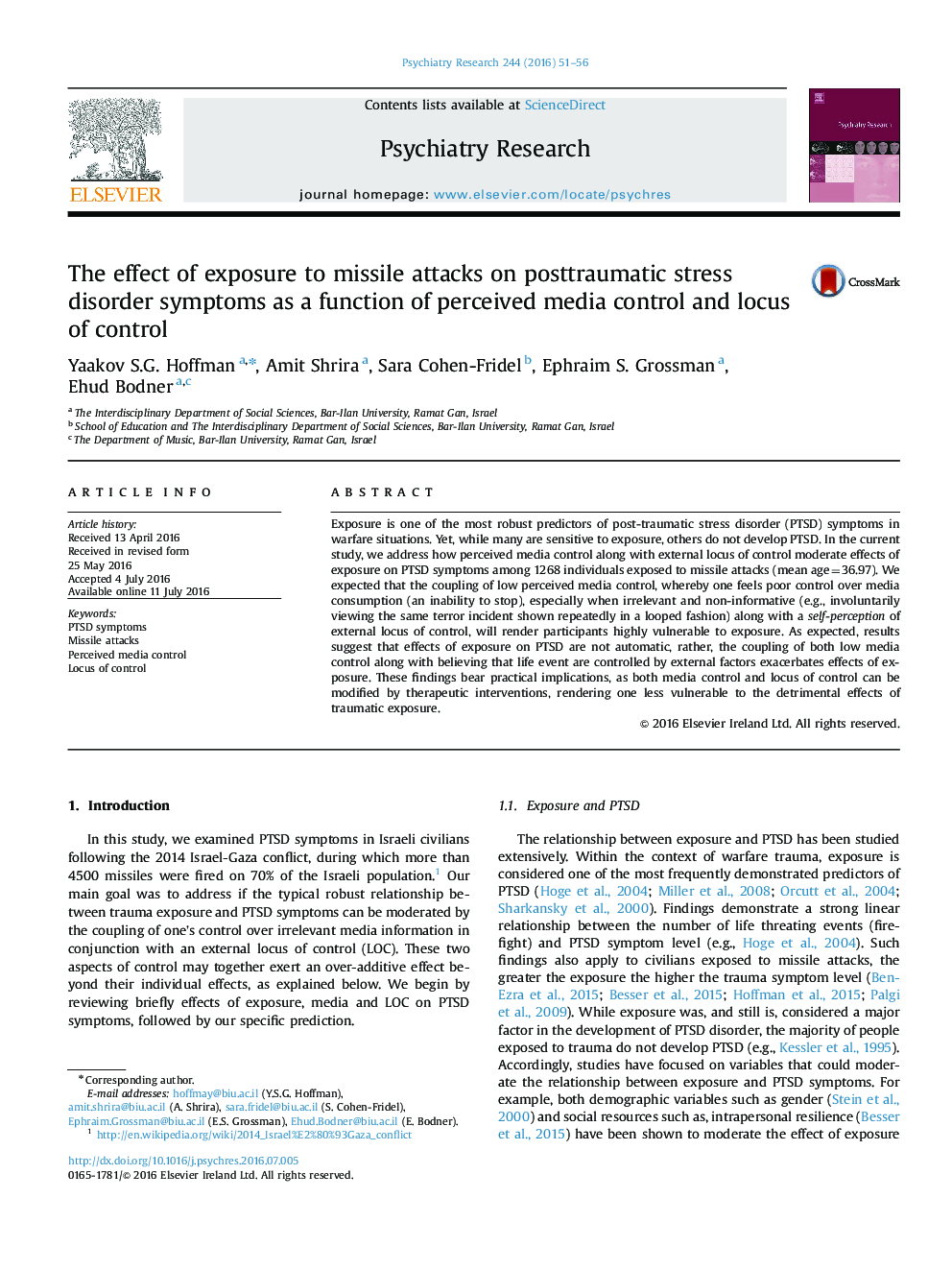 • Following the Israel-Gaza 2014 conflict, we surveyed 1268 Israelis.
• The exposure-PTSD relationship was examined when two control factors interacted.
• Media control and locus of control moderated the exposure-PTSD relationship.
• Exposure was strongest under low media control coupled by external locus of control.
• Effects of exposure on PTSD were weaker at all other control levels.

Exposure is one of the most robust predictors of post-traumatic stress disorder (PTSD) symptoms in warfare situations. Yet, while many are sensitive to exposure, others do not develop PTSD. In the current study, we address how perceived media control along with external locus of control moderate effects of exposure on PTSD symptoms among 1268 individuals exposed to missile attacks (mean age=36.97). We expected that the coupling of low perceived media control, whereby one feels poor control over media consumption (an inability to stop), especially when irrelevant and non-informative (e.g., involuntarily viewing the same terror incident shown repeatedly in a looped fashion) along with a self-perception of external locus of control, will render participants highly vulnerable to exposure. As expected, results suggest that effects of exposure on PTSD are not automatic, rather, the coupling of both low media control along with believing that life event are controlled by external factors exacerbates effects of exposure. These findings bear practical implications, as both media control and locus of control can be modified by therapeutic interventions, rendering one less vulnerable to the detrimental effects of traumatic exposure.