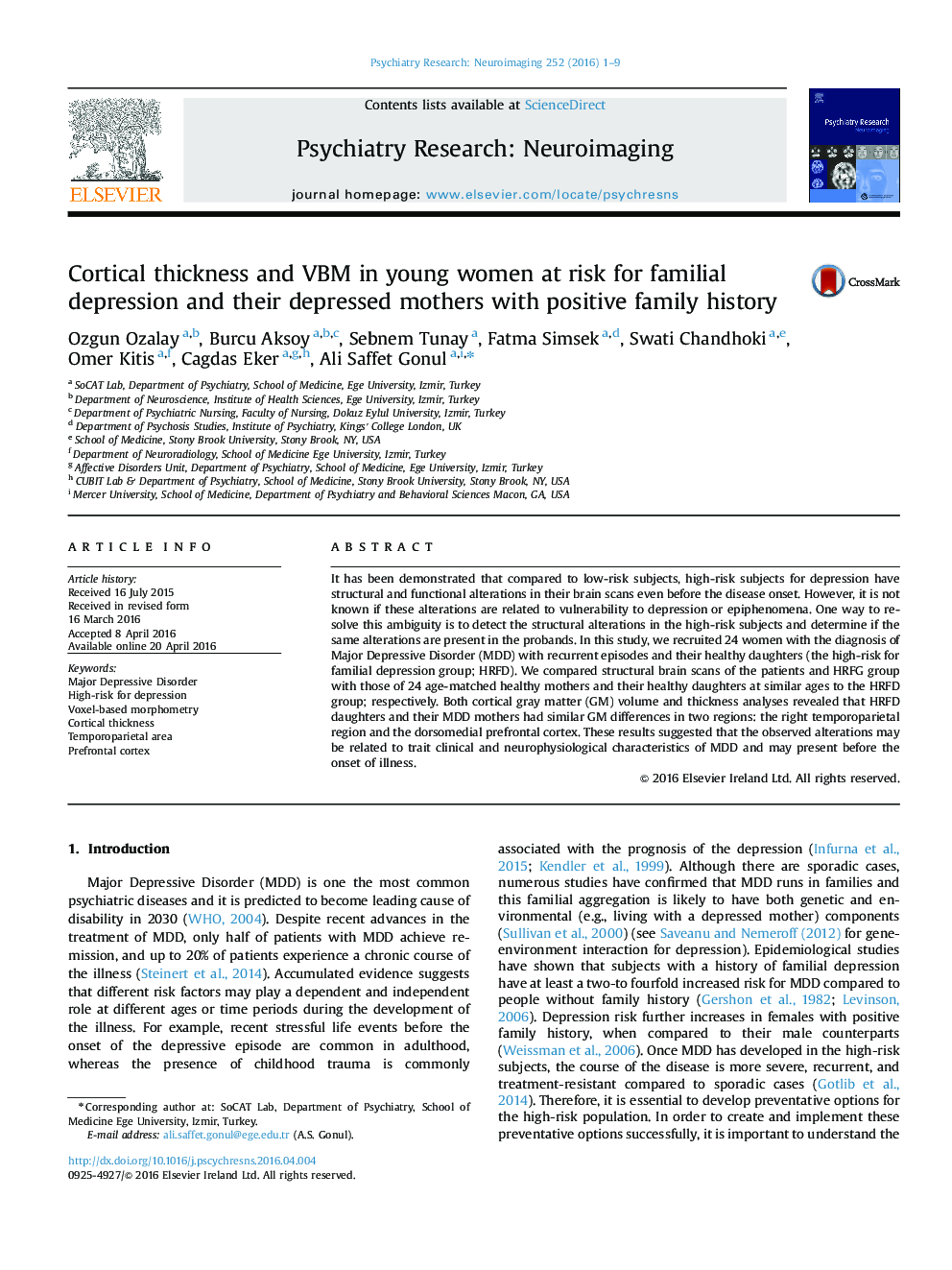 It has been demonstrated that compared to low-risk subjects, high-risk subjects for depression have structural and functional alterations in their brain scans even before the disease onset. However, it is not known if these alterations are related to vulnerability to depression or epiphenomena. One way to resolve this ambiguity is to detect the structural alterations in the high-risk subjects and determine if the same alterations are present in the probands. In this study, we recruited 24 women with the diagnosis of Major Depressive Disorder (MDD) with recurrent episodes and their healthy daughters (the high-risk for familial depression group; HRFD). We compared structural brain scans of the patients and HRFG group with those of 24 age-matched healthy mothers and their healthy daughters at similar ages to the HRFD group; respectively. Both cortical gray matter (GM) volume and thickness analyses revealed that HRFD daughters and their MDD mothers had similar GM differences in two regions: the right temporoparietal region and the dorsomedial prefrontal cortex. These results suggested that the observed alterations may be related to trait clinical and neurophysiological characteristics of MDD and may present before the onset of illness.