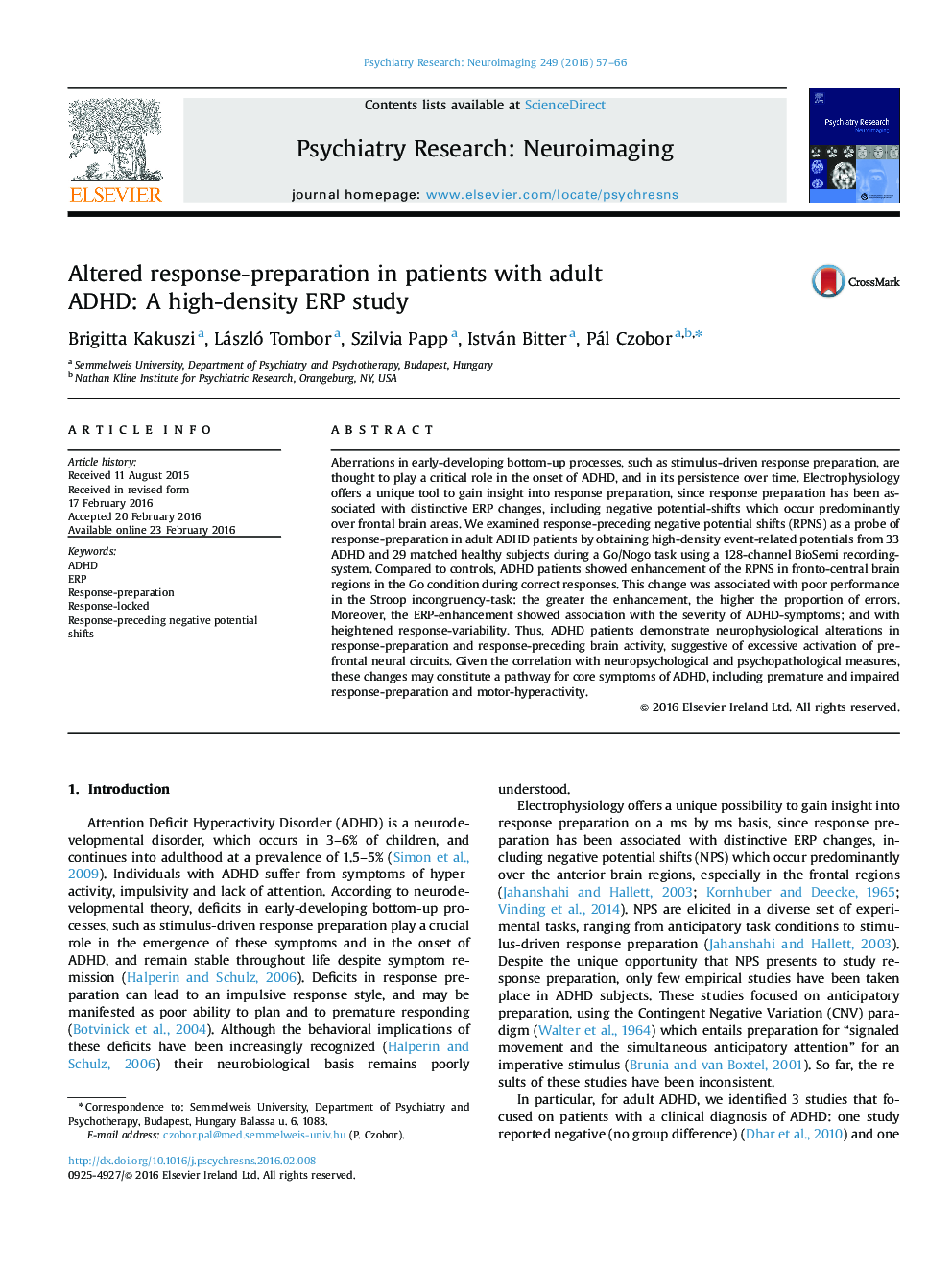 Aberrations in early-developing bottom-up processes, such as stimulus-driven response preparation, are thought to play a critical role in the onset of ADHD, and in its persistence over time. Electrophysiology offers a unique tool to gain insight into response preparation, since response preparation has been associated with distinctive ERP changes, including negative potential-shifts which occur predominantly over frontal brain areas. We examined response-preceding negative potential shifts (RPNS) as a probe of response-preparation in adult ADHD patients by obtaining high-density event-related potentials from 33 ADHD and 29 matched healthy subjects during a Go/Nogo task using a 128-channel BioSemi recording-system. Compared to controls, ADHD patients showed enhancement of the RPNS in fronto-central brain regions in the Go condition during correct responses. This change was associated with poor performance in the Stroop incongruency-task: the greater the enhancement, the higher the proportion of errors. Moreover, the ERP-enhancement showed association with the severity of ADHD-symptoms; and with heightened response-variability. Thus, ADHD patients demonstrate neurophysiological alterations in response-preparation and response-preceding brain activity, suggestive of excessive activation of prefrontal neural circuits. Given the correlation with neuropsychological and psychopathological measures, these changes may constitute a pathway for core symptoms of ADHD, including premature and impaired response-preparation and motor-hyperactivity.