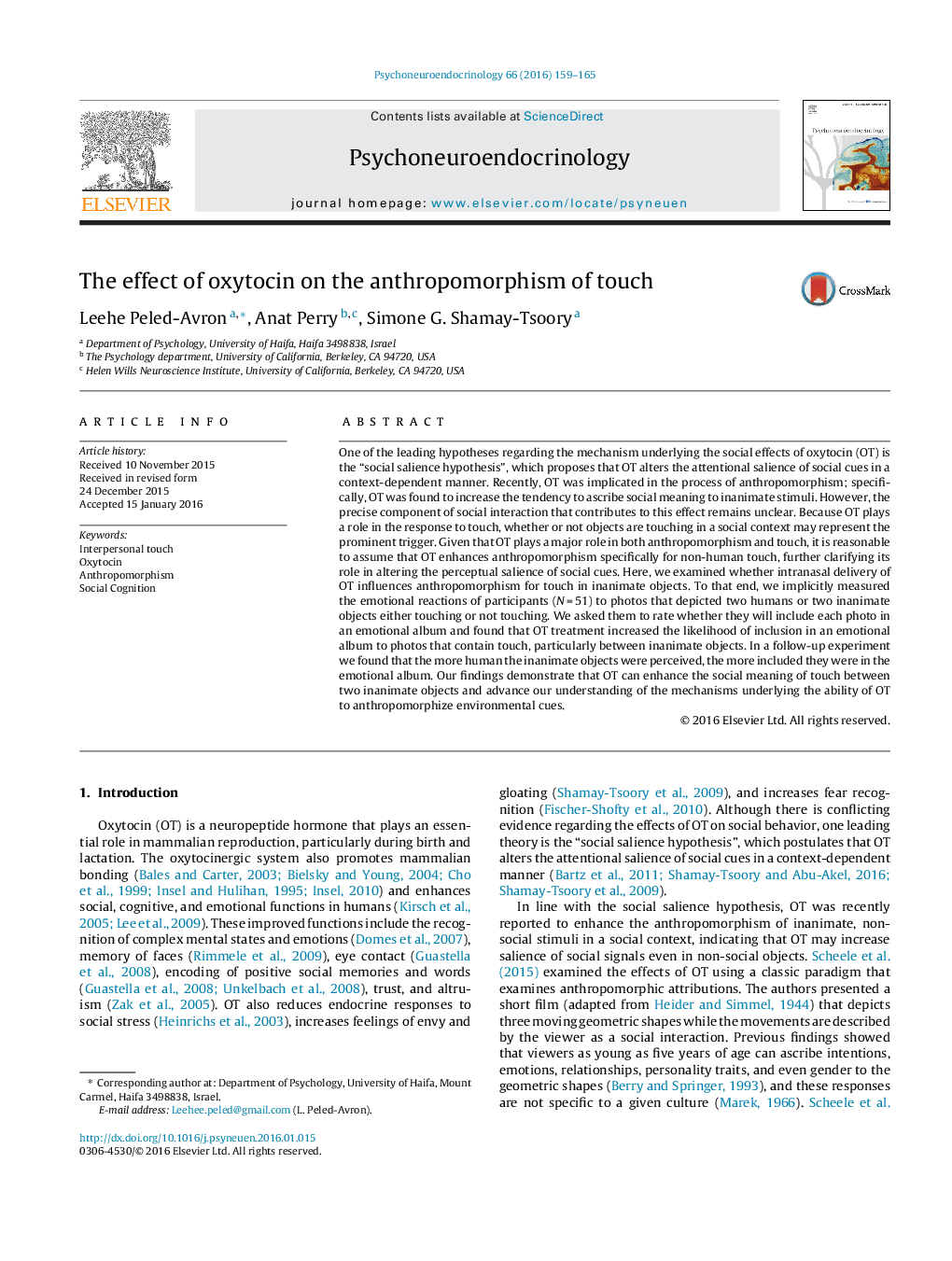 One of the leading hypotheses regarding the mechanism underlying the social effects of oxytocin (OT) is the “social salience hypothesis”, which proposes that OT alters the attentional salience of social cues in a context-dependent manner. Recently, OT was implicated in the process of anthropomorphism; specifically, OT was found to increase the tendency to ascribe social meaning to inanimate stimuli. However, the precise component of social interaction that contributes to this effect remains unclear. Because OT plays a role in the response to touch, whether or not objects are touching in a social context may represent the prominent trigger. Given that OT plays a major role in both anthropomorphism and touch, it is reasonable to assume that OT enhances anthropomorphism specifically for non-human touch, further clarifying its role in altering the perceptual salience of social cues. Here, we examined whether intranasal delivery of OT influences anthropomorphism for touch in inanimate objects. To that end, we implicitly measured the emotional reactions of participants (N = 51) to photos that depicted two humans or two inanimate objects either touching or not touching. We asked them to rate whether they will include each photo in an emotional album and found that OT treatment increased the likelihood of inclusion in an emotional album to photos that contain touch, particularly between inanimate objects. In a follow-up experiment we found that the more human the inanimate objects were perceived, the more included they were in the emotional album. Our findings demonstrate that OT can enhance the social meaning of touch between two inanimate objects and advance our understanding of the mechanisms underlying the ability of OT to anthropomorphize environmental cues.