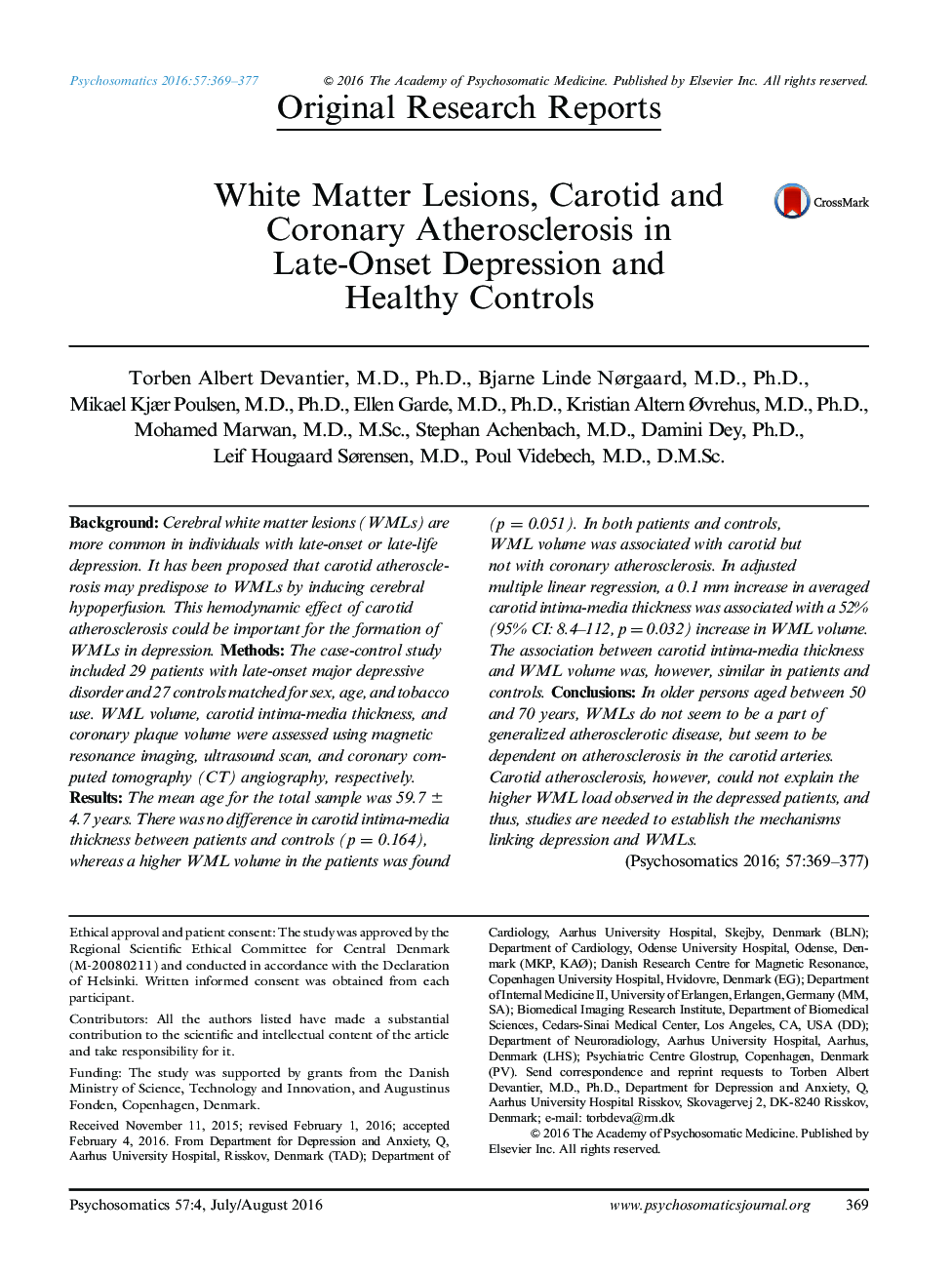 BackgroundCerebral white matter lesions (WMLs) are more common in individuals with late-onset or late-life depression. It has been proposed that carotid atherosclerosis may predispose to WMLs by inducing cerebral hypoperfusion. This hemodynamic effect of carotid atherosclerosis could be important for the formation of WMLs in depression.MethodsThe case-control study included 29 patients with late-onset major depressive disorder and 27 controls matched for sex, age, and tobacco use. WML volume, carotid intima-media thickness, and coronary plaque volume were assessed using magnetic resonance imaging, ultrasound scan, and coronary computed tomography (CT) angiography, respectively.ResultsThe mean age for the total sample was 59.7 ± 4.7 years. There was no difference in carotid intima-media thickness between patients and controls (p = 0.164), whereas a higher WML volume in the patients was found (p = 0.051). In both patients and controls, WML volume was associated with carotid but not with coronary atherosclerosis. In adjusted multiple linear regression, a 0.1 mm increase in averaged carotid intima-media thickness was associated with a 52% (95% CI: 8.4–112, p = 0.032) increase in WML volume. The association between carotid intima-media thickness and WML volume was, however, similar in patients and controls.ConclusionsIn older persons aged between 50 and 70 years, WMLs do not seem to be a part of generalized atherosclerotic disease, but seem to be dependent on atherosclerosis in the carotid arteries. Carotid atherosclerosis, however, could not explain the higher WML load observed in the depressed patients, and thus, studies are needed to establish the mechanisms linking depression and WMLs.