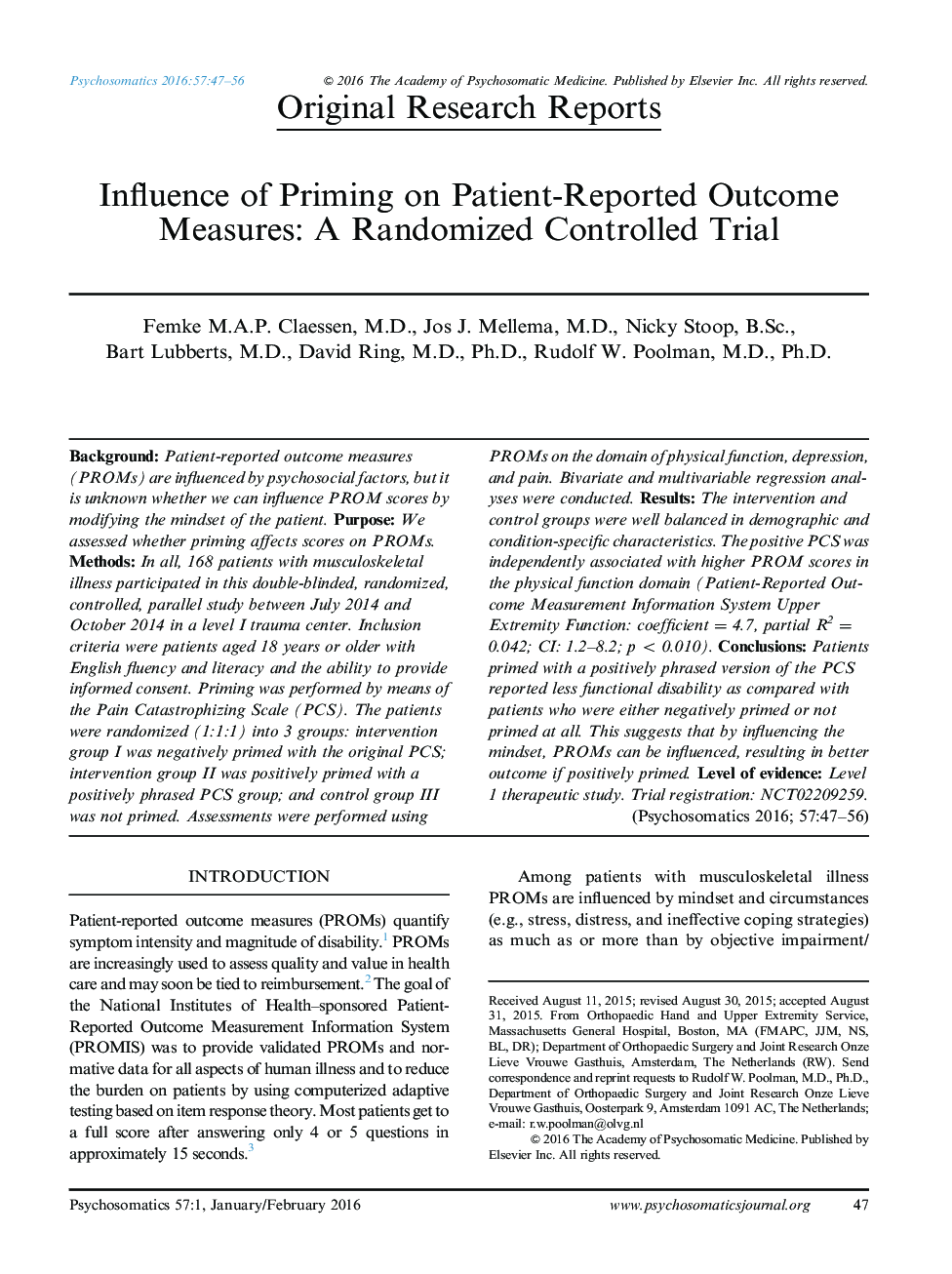 BackgroundPatient-reported outcome measures (PROMs) are influenced by psychosocial factors, but it is unknown whether we can influence PROM scores by modifying the mindset of the patient.PurposeWe assessed whether priming affects scores on PROMs.MethodsIn all, 168 patients with musculoskeletal illness participated in this double-blinded, randomized, controlled, parallel study between July 2014 and October 2014 in a level I trauma center. Inclusion criteria were patients aged 18 years or older with English fluency and literacy and the ability to provide informed consent. Priming was performed by means of the Pain Catastrophizing Scale (PCS). The patients were randomized (1:1:1) into 3 groups: intervention group I was negatively primed with the original PCS; intervention group II was positively primed with a positively phrased PCS group; and control group III was not primed. Assessments were performed using PROMs on the domain of physical function, depression, and pain. Bivariate and multivariable regression analyses were conducted.ResultsThe intervention and control groups were well balanced in demographic and condition-specific characteristics. The positive PCS was independently associated with higher PROM scores in the physical function domain (Patient-Reported Outcome Measurement Information System Upper Extremity Function: coefficient = 4.7, partial R2 = 0.042; CI: 1.2–8.2; p < 0.010).ConclusionsPatients primed with a positively phrased version of the PCS reported less functional disability as compared with patients who were either negatively primed or not primed at all. This suggests that by influencing the mindset, PROMs can be influenced, resulting in better outcome if positively primed.Level of evidenceLevel 1 therapeutic study. Trial registration: NCT02209259.