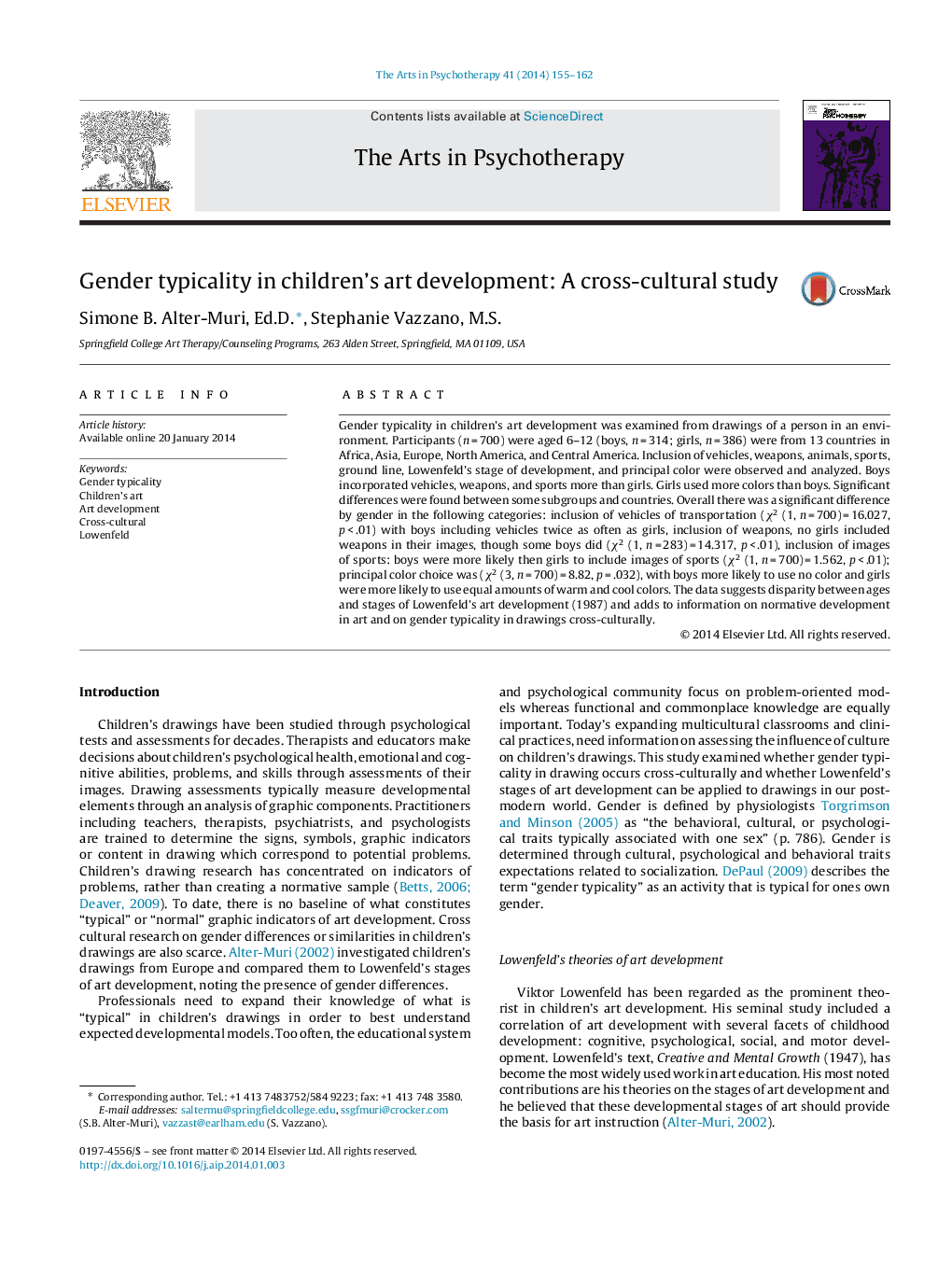 • Typicality exists in the drawings of girls and boys ages 6–11 cross-culturally.
• Understanding typicality in children's art assists art therapists in evaluation.
• Boys drawings include stereotypes of masculinity, weapons, vehicles, and sports.
• Girls drawings are more likely to use both warm and cool colors.
• Lowenfeld's art development stages are applicable to age but are not universal.

Gender typicality in children's art development was examined from drawings of a person in an environment. Participants (n = 700) were aged 6–12 (boys, n = 314; girls, n = 386) were from 13 countries in Africa, Asia, Europe, North America, and Central America. Inclusion of vehicles, weapons, animals, sports, ground line, Lowenfeld's stage of development, and principal color were observed and analyzed. Boys incorporated vehicles, weapons, and sports more than girls. Girls used more colors than boys. Significant differences were found between some subgroups and countries. Overall there was a significant difference by gender in the following categories: inclusion of vehicles of transportation (χ2 (1, n = 700) = 16.027, p < .01) with boys including vehicles twice as often as girls, inclusion of weapons, no girls included weapons in their images, though some boys did (χ2 (1, n = 283) = 14.317, p < .01), inclusion of images of sports: boys were more likely then girls to include images of sports (χ2 (1, n = 700) = 1.562, p < .01); principal color choice was (χ2 (3, n = 700) = 8.82, p = .032), with boys more likely to use no color and girls were more likely to use equal amounts of warm and cool colors. The data suggests disparity between ages and stages of Lowenfeld's art development (1987) and adds to information on normative development in art and on gender typicality in drawings cross-culturally.