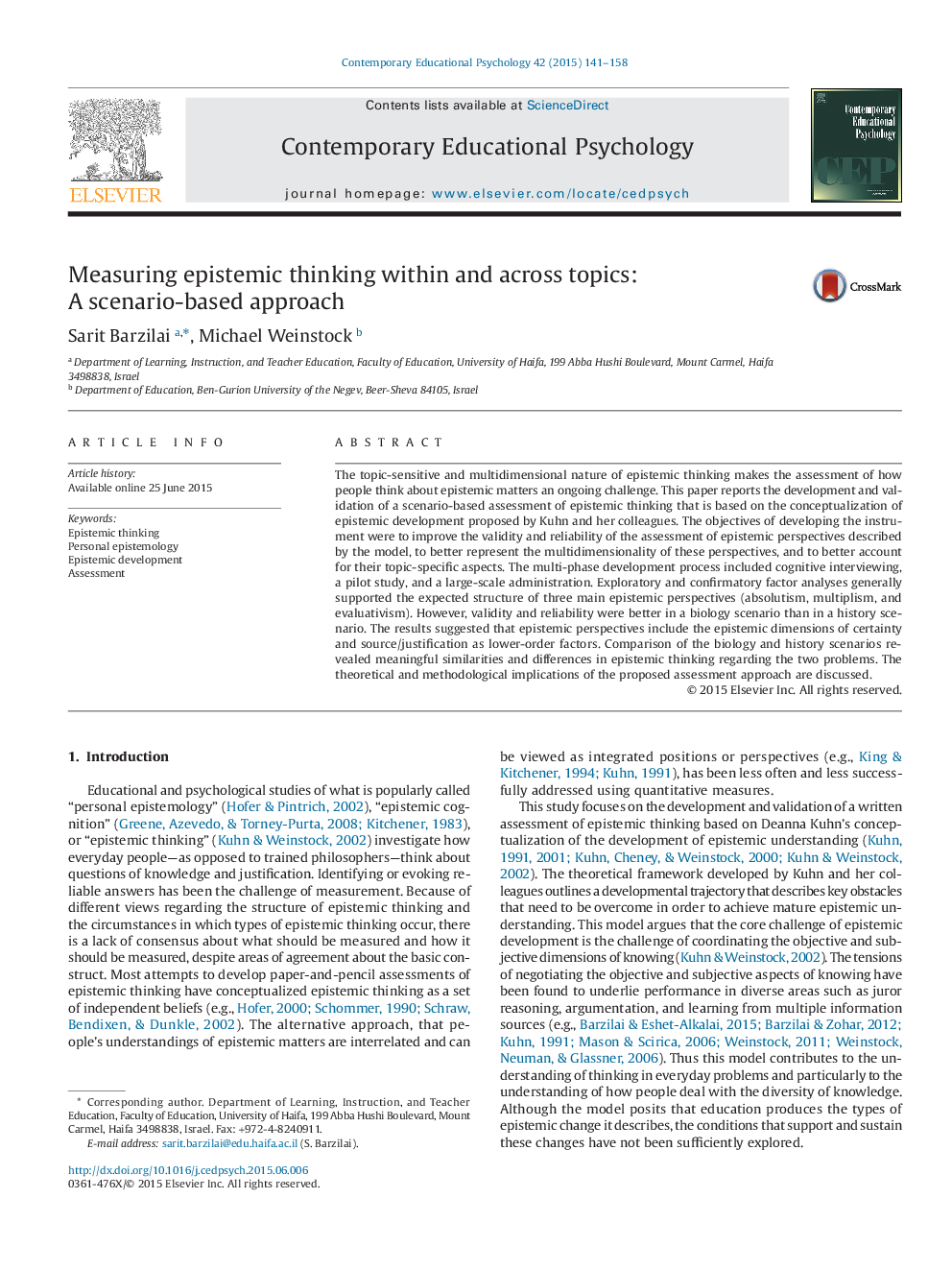 The topic-sensitive and multidimensional nature of epistemic thinking makes the assessment of how people think about epistemic matters an ongoing challenge. This paper reports the development and validation of a scenario-based assessment of epistemic thinking that is based on the conceptualization of epistemic development proposed by Kuhn and her colleagues. The objectives of developing the instrument were to improve the validity and reliability of the assessment of epistemic perspectives described by the model, to better represent the multidimensionality of these perspectives, and to better account for their topic-specific aspects. The multi-phase development process included cognitive interviewing, a pilot study, and a large-scale administration. Exploratory and confirmatory factor analyses generally supported the expected structure of three main epistemic perspectives (absolutism, multiplism, and evaluativism). However, validity and reliability were better in a biology scenario than in a history scenario. The results suggested that epistemic perspectives include the epistemic dimensions of certainty and source/justification as lower-order factors. Comparison of the biology and history scenarios revealed meaningful similarities and differences in epistemic thinking regarding the two problems. The theoretical and methodological implications of the proposed assessment approach are discussed.