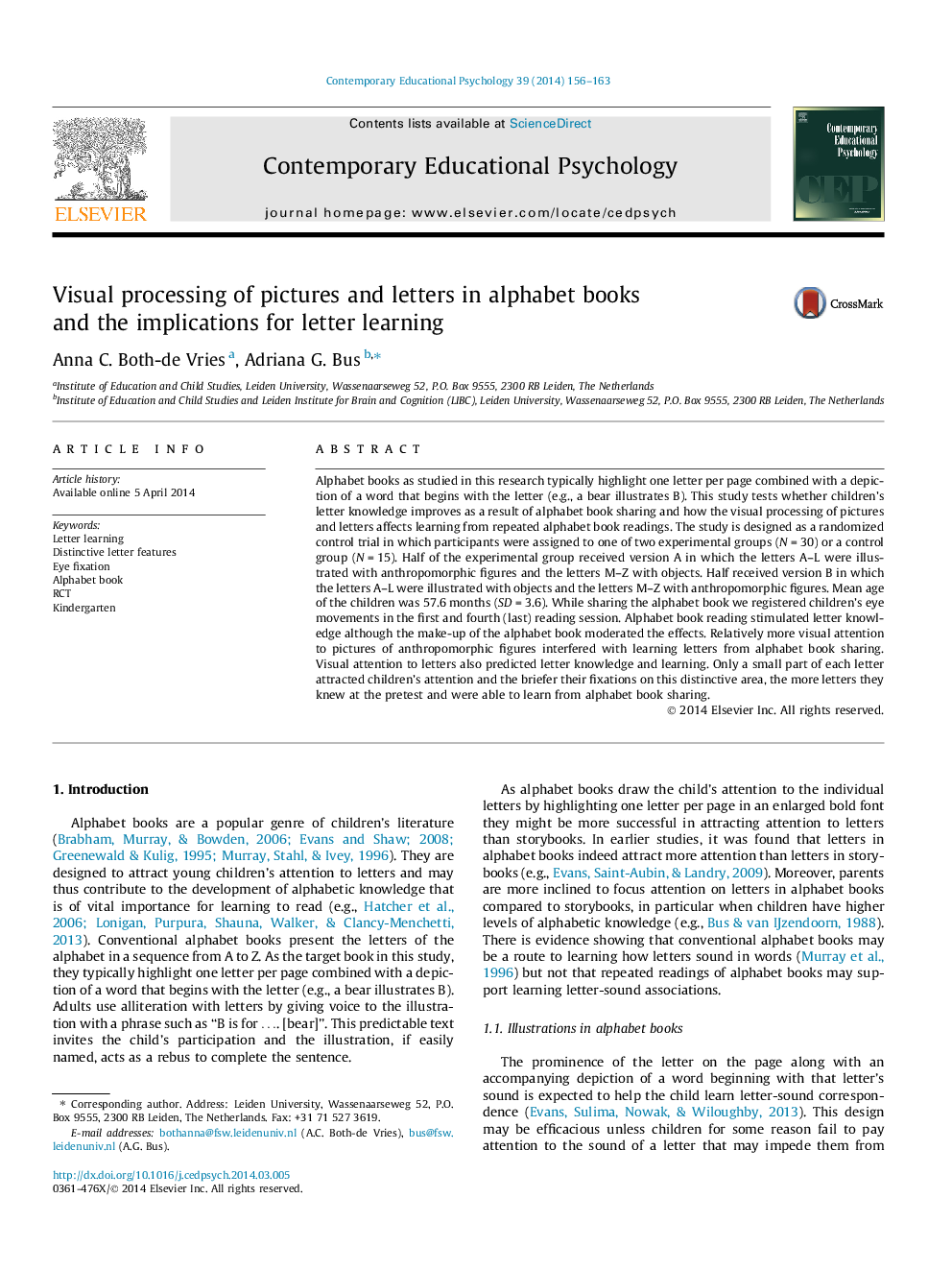 Alphabet books as studied in this research typically highlight one letter per page combined with a depiction of a word that begins with the letter (e.g., a bear illustrates B). This study tests whether children’s letter knowledge improves as a result of alphabet book sharing and how the visual processing of pictures and letters affects learning from repeated alphabet book readings. The study is designed as a randomized control trial in which participants were assigned to one of two experimental groups (N = 30) or a control group (N = 15). Half of the experimental group received version A in which the letters A–L were illustrated with anthropomorphic figures and the letters M–Z with objects. Half received version B in which the letters A–L were illustrated with objects and the letters M–Z with anthropomorphic figures. Mean age of the children was 57.6 months (SD = 3.6). While sharing the alphabet book we registered children’s eye movements in the first and fourth (last) reading session. Alphabet book reading stimulated letter knowledge although the make-up of the alphabet book moderated the effects. Relatively more visual attention to pictures of anthropomorphic figures interfered with learning letters from alphabet book sharing. Visual attention to letters also predicted letter knowledge and learning. Only a small part of each letter attracted children’s attention and the briefer their fixations on this distinctive area, the more letters they knew at the pretest and were able to learn from alphabet book sharing.