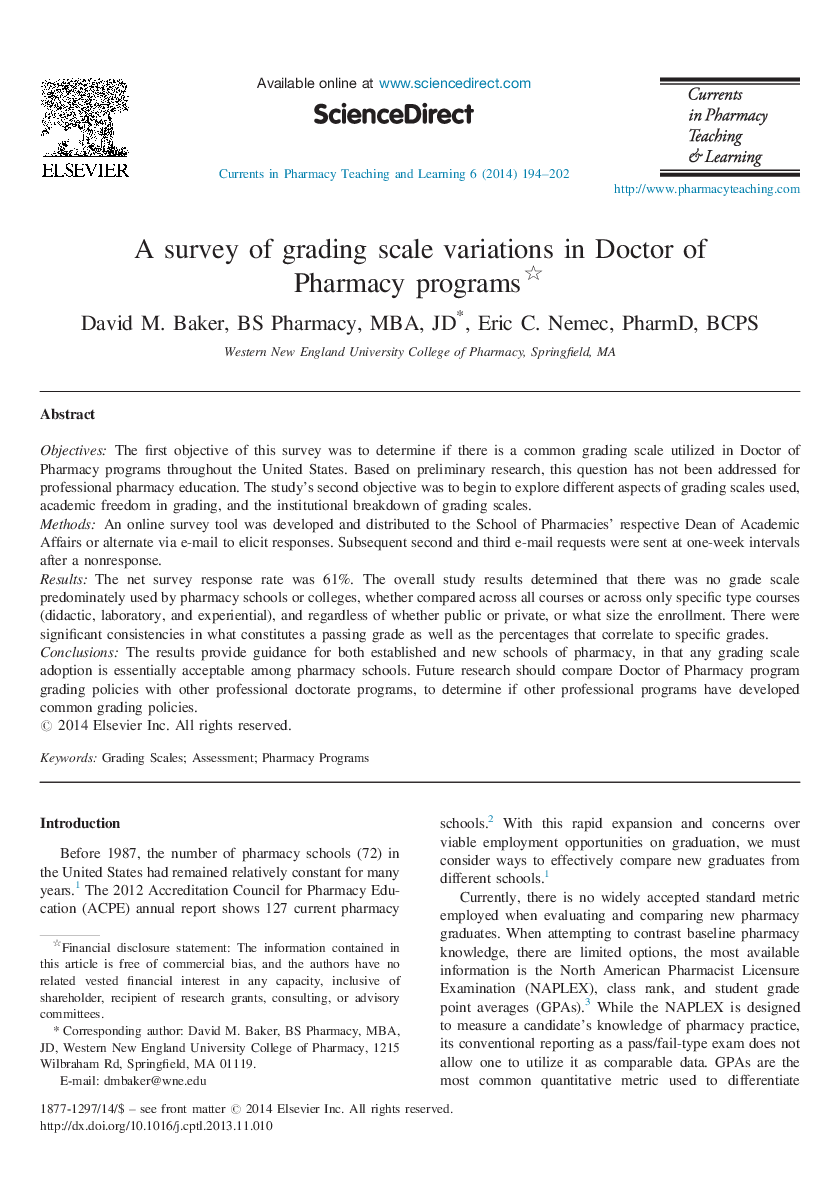 ObjectivesThe first objective of this survey was to determine if there is a common grading scale utilized in Doctor of Pharmacy programs throughout the United States. Based on preliminary research, this question has not been addressed for professional pharmacy education. The study’s second objective was to begin to explore different aspects of grading scales used, academic freedom in grading, and the institutional breakdown of grading scales.MethodsAn online survey tool was developed and distributed to the School of Pharmacies’ respective Dean of Academic Affairs or alternate via e-mail to elicit responses. Subsequent second and third e-mail requests were sent at one-week intervals after a nonresponse.ResultsThe net survey response rate was 61%. The overall study results determined that there was no grade scale predominately used by pharmacy schools or colleges, whether compared across all courses or across only specific type courses (didactic, laboratory, and experiential), and regardless of whether public or private, or what size the enrollment. There were significant consistencies in what constitutes a passing grade as well as the percentages that correlate to specific grades.ConclusionsThe results provide guidance for both established and new schools of pharmacy, in that any grading scale adoption is essentially acceptable among pharmacy schools. Future research should compare Doctor of Pharmacy program grading policies with other professional doctorate programs, to determine if other professional programs have developed common grading policies.