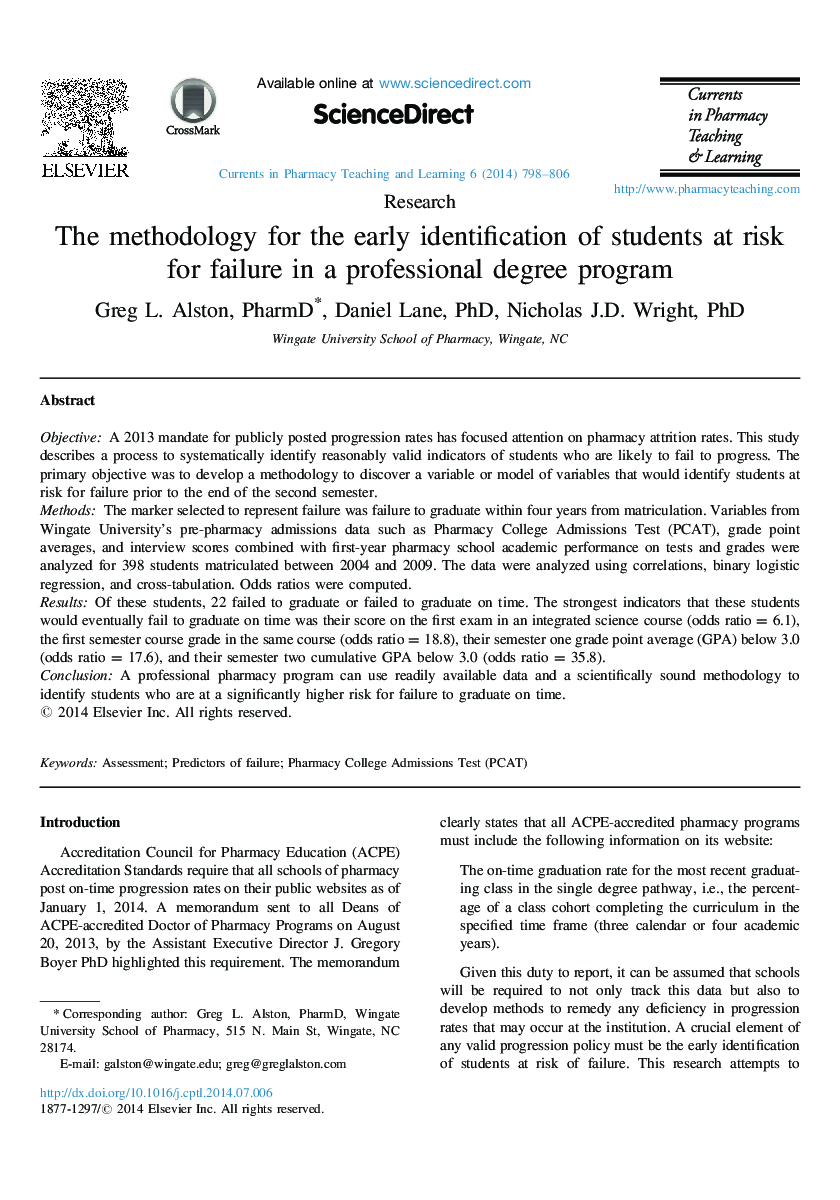 ObjectiveA 2013 mandate for publicly posted progression rates has focused attention on pharmacy attrition rates. This study describes a process to systematically identify reasonably valid indicators of students who are likely to fail to progress. The primary objective was to develop a methodology to discover a variable or model of variables that would identify students at risk for failure prior to the end of the second semester.MethodsThe marker selected to represent failure was failure to graduate within four years from matriculation. Variables from Wingate University’s pre-pharmacy admissions data such as Pharmacy College Admissions Test (PCAT), grade point averages, and interview scores combined with first-year pharmacy school academic performance on tests and grades were analyzed for 398 students matriculated between 2004 and 2009. The data were analyzed using correlations, binary logistic regression, and cross-tabulation. Odds ratios were computed.ResultsOf these students, 22 failed to graduate or failed to graduate on time. The strongest indicators that these students would eventually fail to graduate on time was their score on the first exam in an integrated science course (odds ratio = 6.1), the first semester course grade in the same course (odds ratio = 18.8), their semester one grade point average (GPA) below 3.0 (odds ratio = 17.6), and their semester two cumulative GPA below 3.0 (odds ratio = 35.8).ConclusionA professional pharmacy program can use readily available data and a scientifically sound methodology to identify students who are at a significantly higher risk for failure to graduate on time.