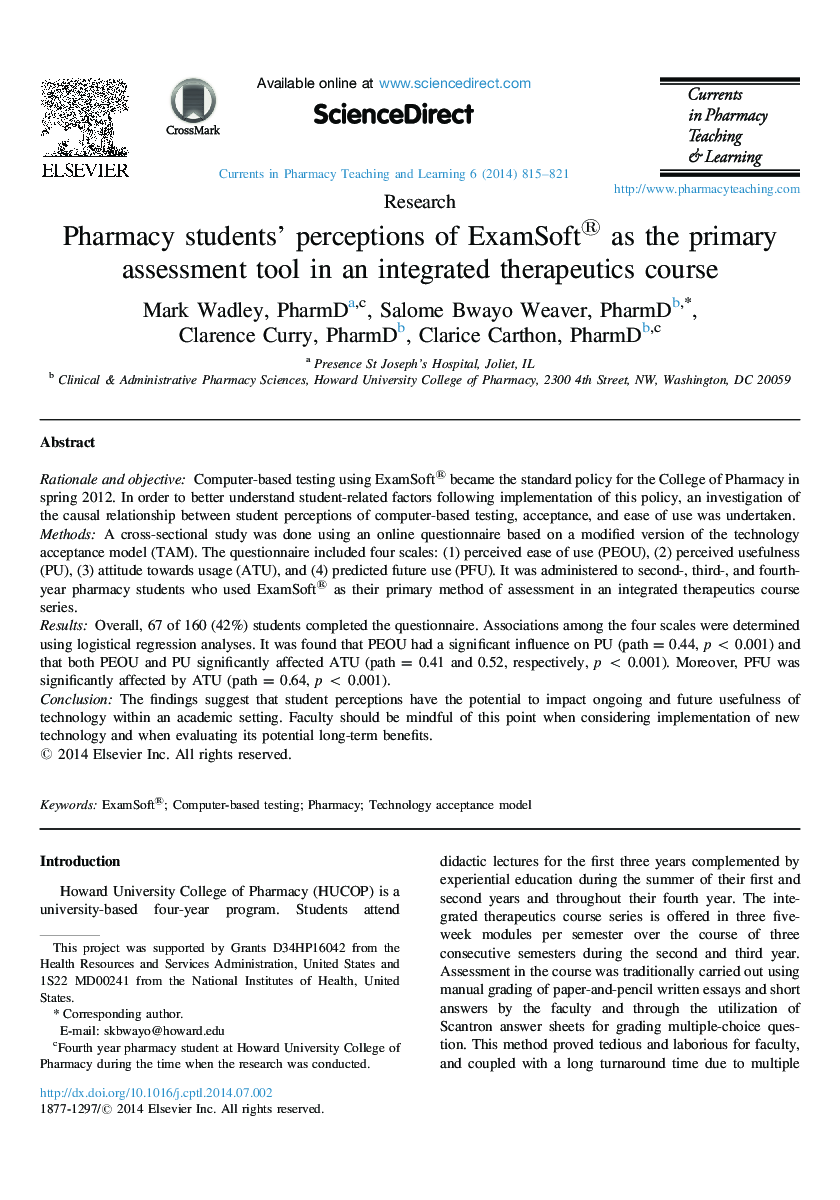 Rationale and objectiveComputer-based testing using ExamSoft® became the standard policy for the College of Pharmacy in spring 2012. In order to better understand student-related factors following implementation of this policy, an investigation of the causal relationship between student perceptions of computer-based testing, acceptance, and ease of use was undertaken.MethodsA cross-sectional study was done using an online questionnaire based on a modified version of the technology acceptance model (TAM). The questionnaire included four scales: (1) perceived ease of use (PEOU), (2) perceived usefulness (PU), (3) attitude towards usage (ATU), and (4) predicted future use (PFU). It was administered to second-, third-, and fourth-year pharmacy students who used ExamSoft® as their primary method of assessment in an integrated therapeutics course series.ResultsOverall, 67 of 160 (42%) students completed the questionnaire. Associations among the four scales were determined using logistical regression analyses. It was found that PEOU had a significant influence on PU (path = 0.44, p < 0.001) and that both PEOU and PU significantly affected ATU (path = 0.41 and 0.52, respectively, p < 0.001). Moreover, PFU was significantly affected by ATU (path = 0.64, p < 0.001).ConclusionThe findings suggest that student perceptions have the potential to impact ongoing and future usefulness of technology within an academic setting. Faculty should be mindful of this point when considering implementation of new technology and when evaluating its potential long-term benefits.