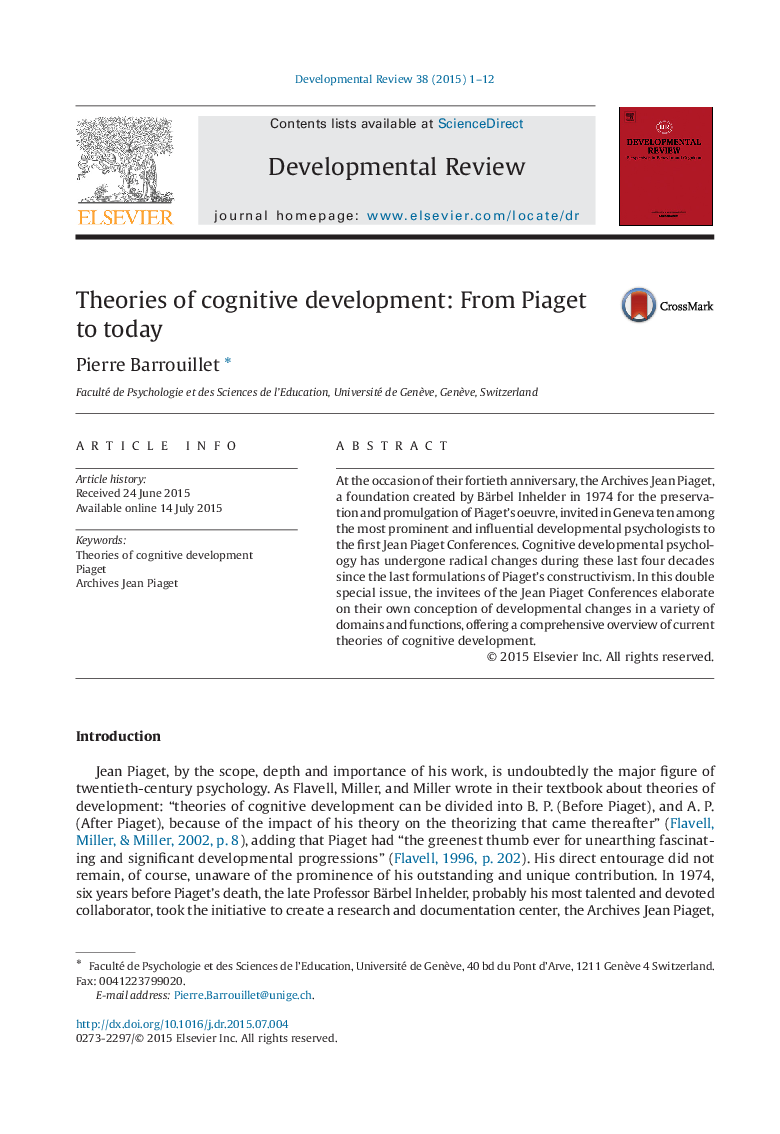 At the occasion of their fortieth anniversary, the Archives Jean Piaget, a foundation created by Bärbel Inhelder in 1974 for the preservation and promulgation of Piaget's oeuvre, invited in Geneva ten among the most prominent and influential developmental psychologists to the first Jean Piaget Conferences. Cognitive developmental psychology has undergone radical changes during these last four decades since the last formulations of Piaget's constructivism. In this double special issue, the invitees of the Jean Piaget Conferences elaborate on their own conception of developmental changes in a variety of domains and functions, offering a comprehensive overview of current theories of cognitive development.