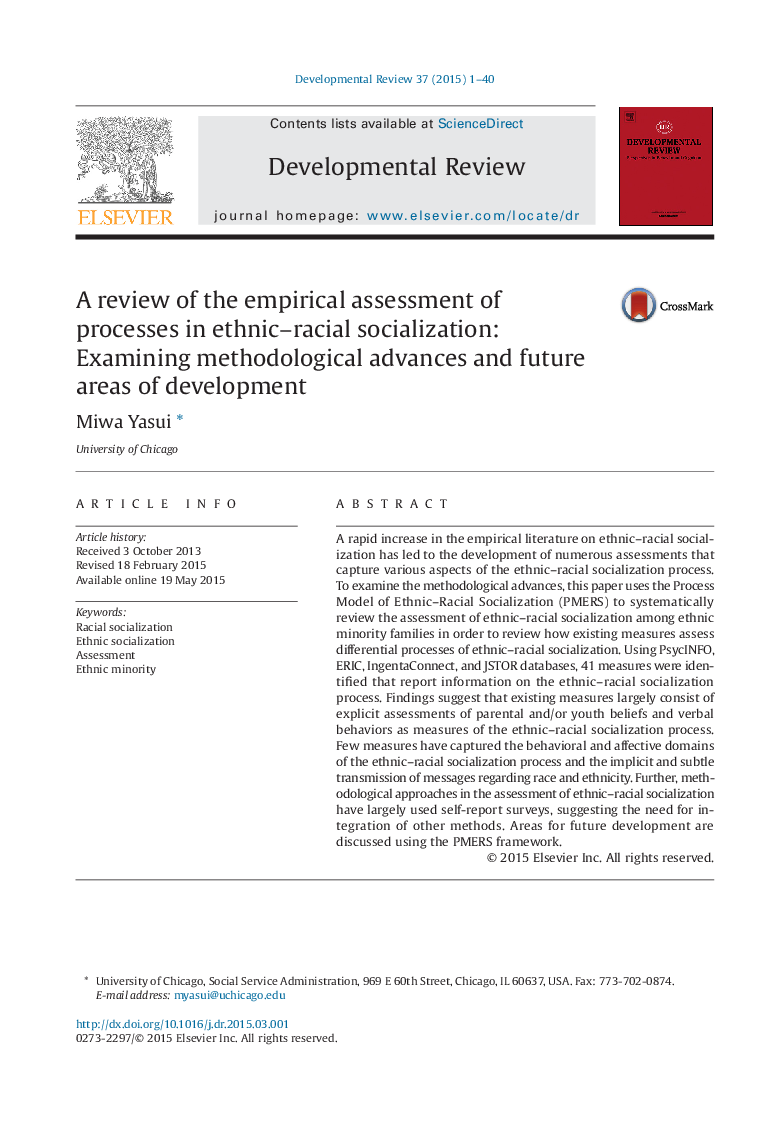 • A review of 41 measures of ethnic and racial socialization was conducted.
• Advances in assessments of message content and verbal transmission of messages.
• Need for multimethod approaches and assessment of behavioral and affective domains.
• Areas for future methodological development are discussed using the PMERS framework.