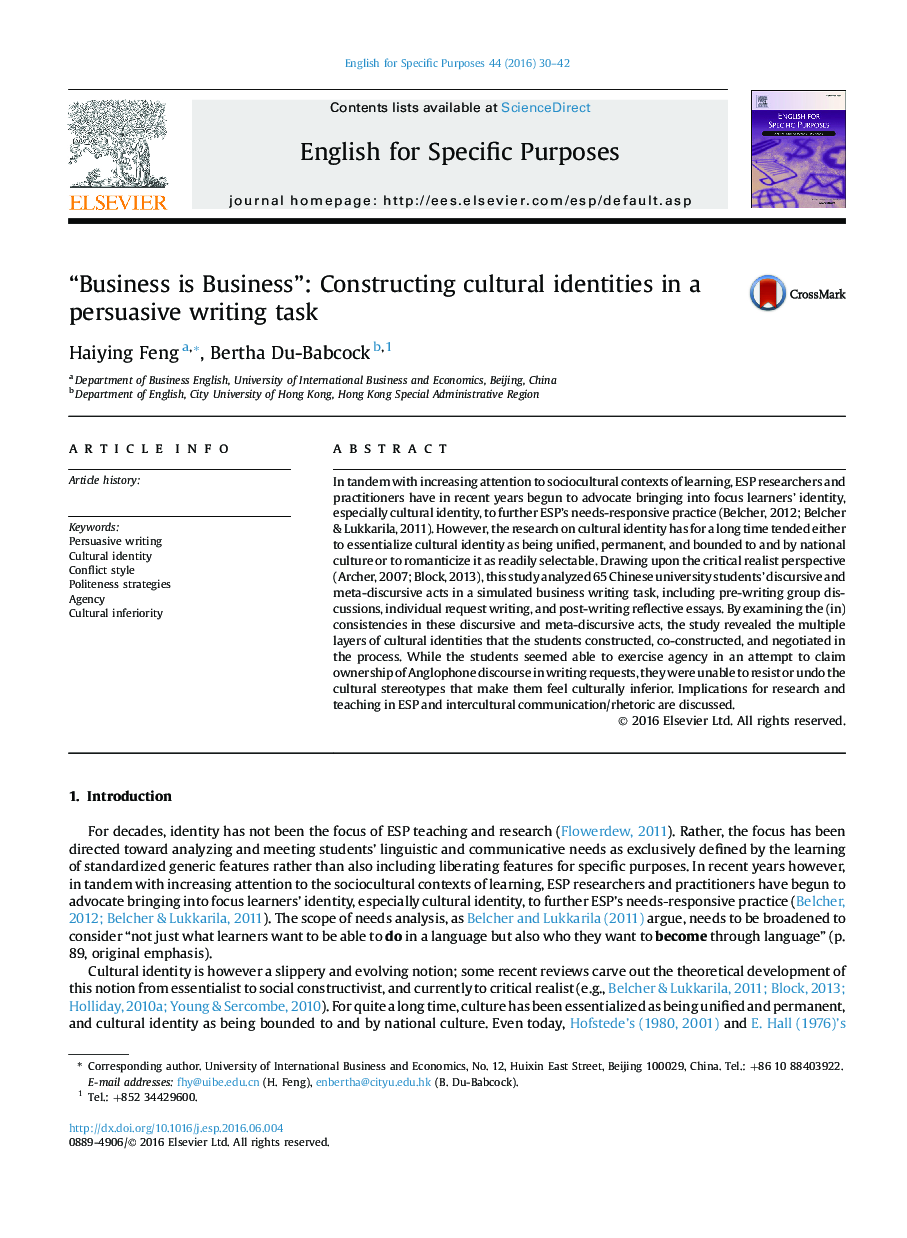 In tandem with increasing attention to sociocultural contexts of learning, ESP researchers and practitioners have in recent years begun to advocate bringing into focus learners' identity, especially cultural identity, to further ESP's needs-responsive practice (Belcher, 2012; Belcher & Lukkarila, 2011). However, the research on cultural identity has for a long time tended either to essentialize cultural identity as being unified, permanent, and bounded to and by national culture or to romanticize it as readily selectable. Drawing upon the critical realist perspective (Archer, 2007; Block, 2013), this study analyzed 65 Chinese university students' discursive and meta-discursive acts in a simulated business writing task, including pre-writing group discussions, individual request writing, and post-writing reflective essays. By examining the (in)consistencies in these discursive and meta-discursive acts, the study revealed the multiple layers of cultural identities that the students constructed, co-constructed, and negotiated in the process. While the students seemed able to exercise agency in an attempt to claim ownership of Anglophone discourse in writing requests, they were unable to resist or undo the cultural stereotypes that make them feel culturally inferior. Implications for research and teaching in ESP and intercultural communication/rhetoric are discussed.