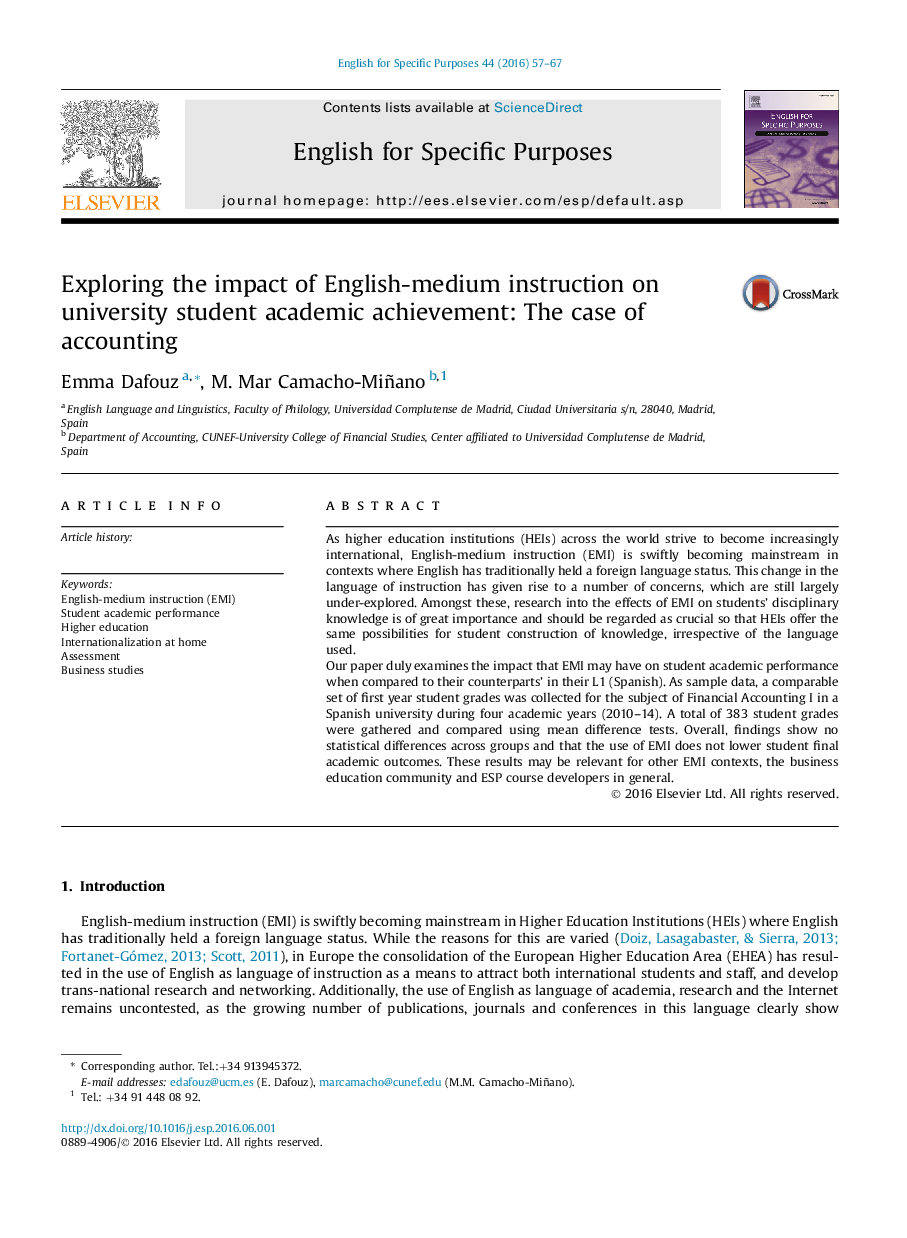 • Comparative nature of data in parallel English- and Spanish-medium classrooms described.
• No statistically significant differences in EMI and non-EMI academic performance.
• No differences between the EMI and non-EMI cohorts for assessment.
• Slight differences when analyzing student results according to academic ability.
• Learning accounting through English does not lower student academic results.

As higher education institutions (HEIs) across the world strive to become increasingly international, English-medium instruction (EMI) is swiftly becoming mainstream in contexts where English has traditionally held a foreign language status. This change in the language of instruction has given rise to a number of concerns, which are still largely under-explored. Amongst these, research into the effects of EMI on students' disciplinary knowledge is of great importance and should be regarded as crucial so that HEIs offer the same possibilities for student construction of knowledge, irrespective of the language used.Our paper duly examines the impact that EMI may have on student academic performance when compared to their counterparts' in their L1 (Spanish). As sample data, a comparable set of first year student grades was collected for the subject of Financial Accounting I in a Spanish university during four academic years (2010–14). A total of 383 student grades were gathered and compared using mean difference tests. Overall, findings show no statistical differences across groups and that the use of EMI does not lower student final academic outcomes. These results may be relevant for other EMI contexts, the business education community and ESP course developers in general.