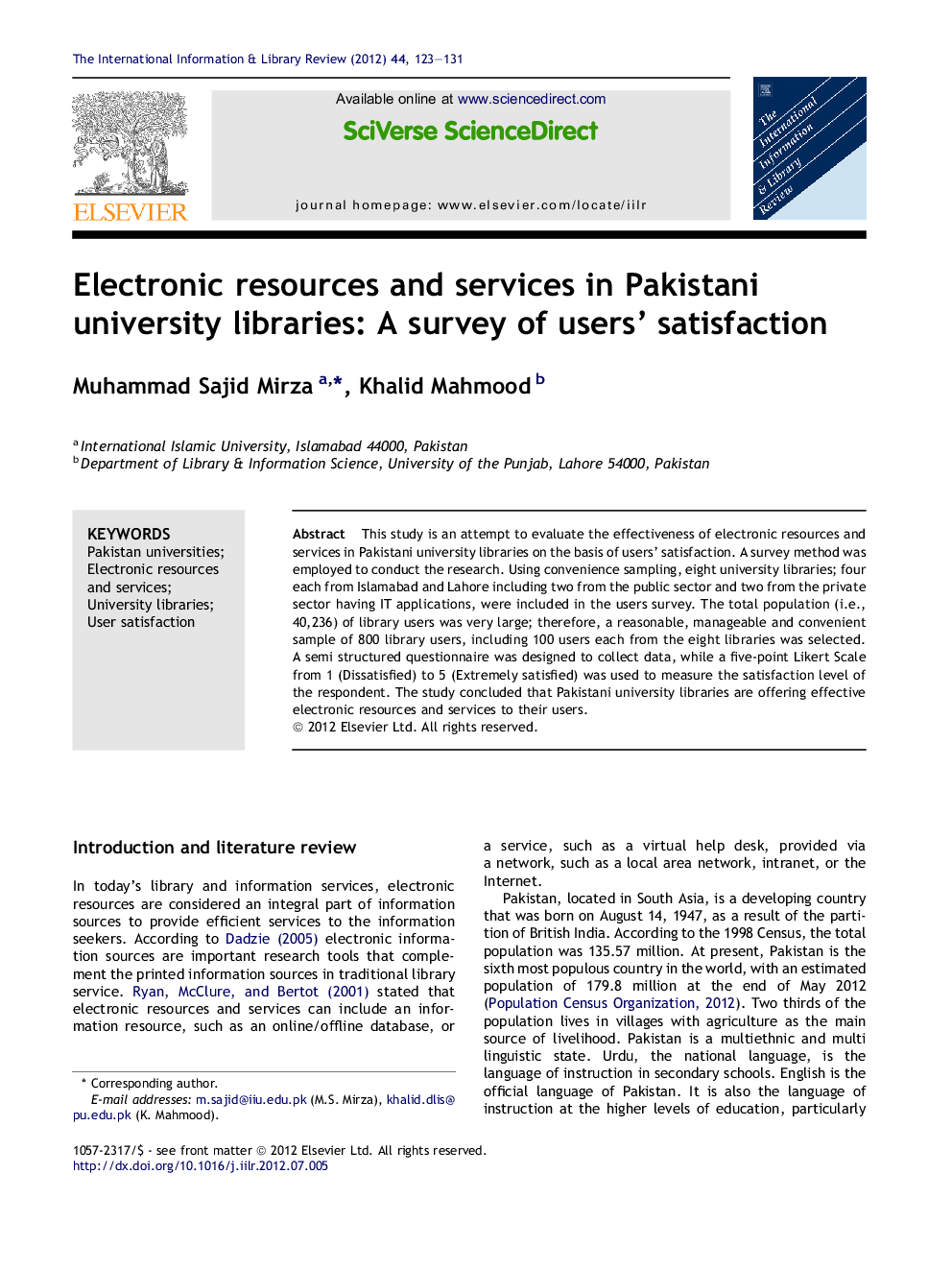 This study is an attempt to evaluate the effectiveness of electronic resources and services in Pakistani university libraries on the basis of users' satisfaction. A survey method was employed to conduct the research. Using convenience sampling, eight university libraries; four each from Islamabad and Lahore including two from the public sector and two from the private sector having IT applications, were included in the users survey. The total population (i.e., 40,236) of library users was very large; therefore, a reasonable, manageable and convenient sample of 800 library users, including 100 users each from the eight libraries was selected. A semi structured questionnaire was designed to collect data, while a five-point Likert Scale from 1 (Dissatisfied) to 5 (Extremely satisfied) was used to measure the satisfaction level of the respondent. The study concluded that Pakistani university libraries are offering effective electronic resources and services to their users.