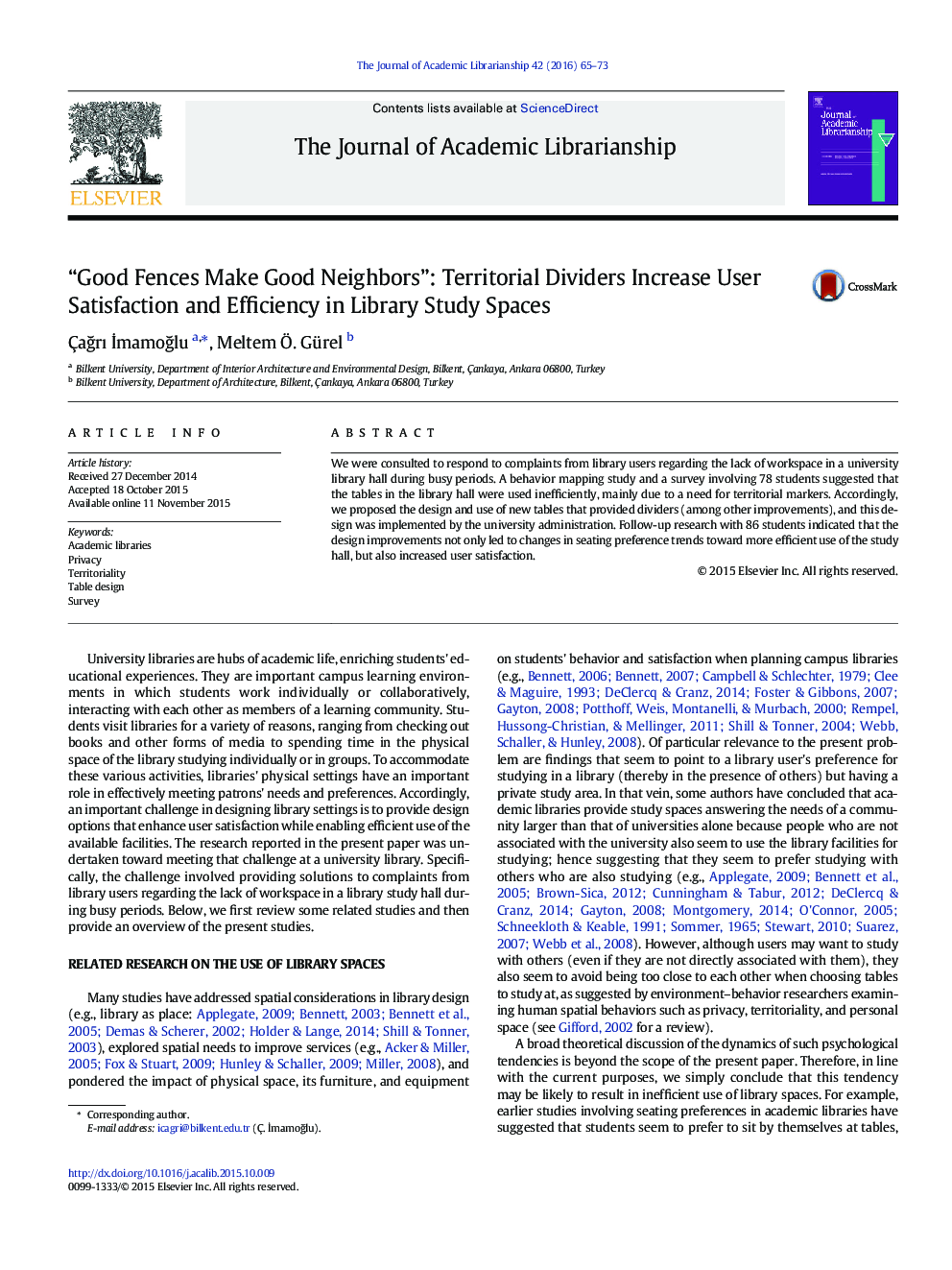 We were consulted to respond to complaints from library users regarding the lack of workspace in a university library hall during busy periods. A behavior mapping study and a survey involving 78 students suggested that the tables in the library hall were used inefficiently, mainly due to a need for territorial markers. Accordingly, we proposed the design and use of new tables that provided dividers (among other improvements), and this design was implemented by the university administration. Follow-up research with 86 students indicated that the design improvements not only led to changes in seating preference trends toward more efficient use of the study hall, but also increased user satisfaction.