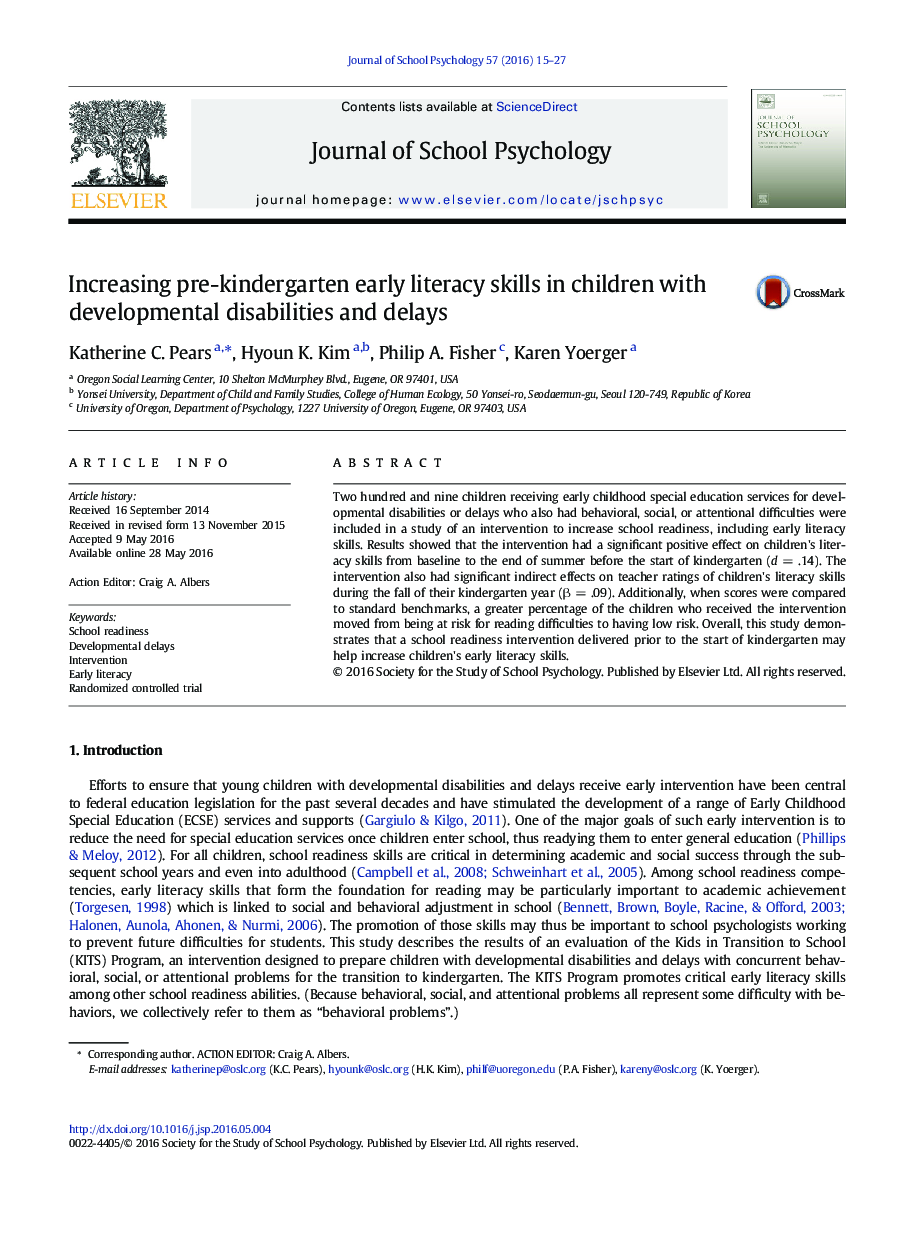 Two hundred and nine children receiving early childhood special education services for developmental disabilities or delays who also had behavioral, social, or attentional difficulties were included in a study of an intervention to increase school readiness, including early literacy skills. Results showed that the intervention had a significant positive effect on children's literacy skills from baseline to the end of summer before the start of kindergarten (d = .14). The intervention also had significant indirect effects on teacher ratings of children's literacy skills during the fall of their kindergarten year (β = .09). Additionally, when scores were compared to standard benchmarks, a greater percentage of the children who received the intervention moved from being at risk for reading difficulties to having low risk. Overall, this study demonstrates that a school readiness intervention delivered prior to the start of kindergarten may help increase children's early literacy skills.