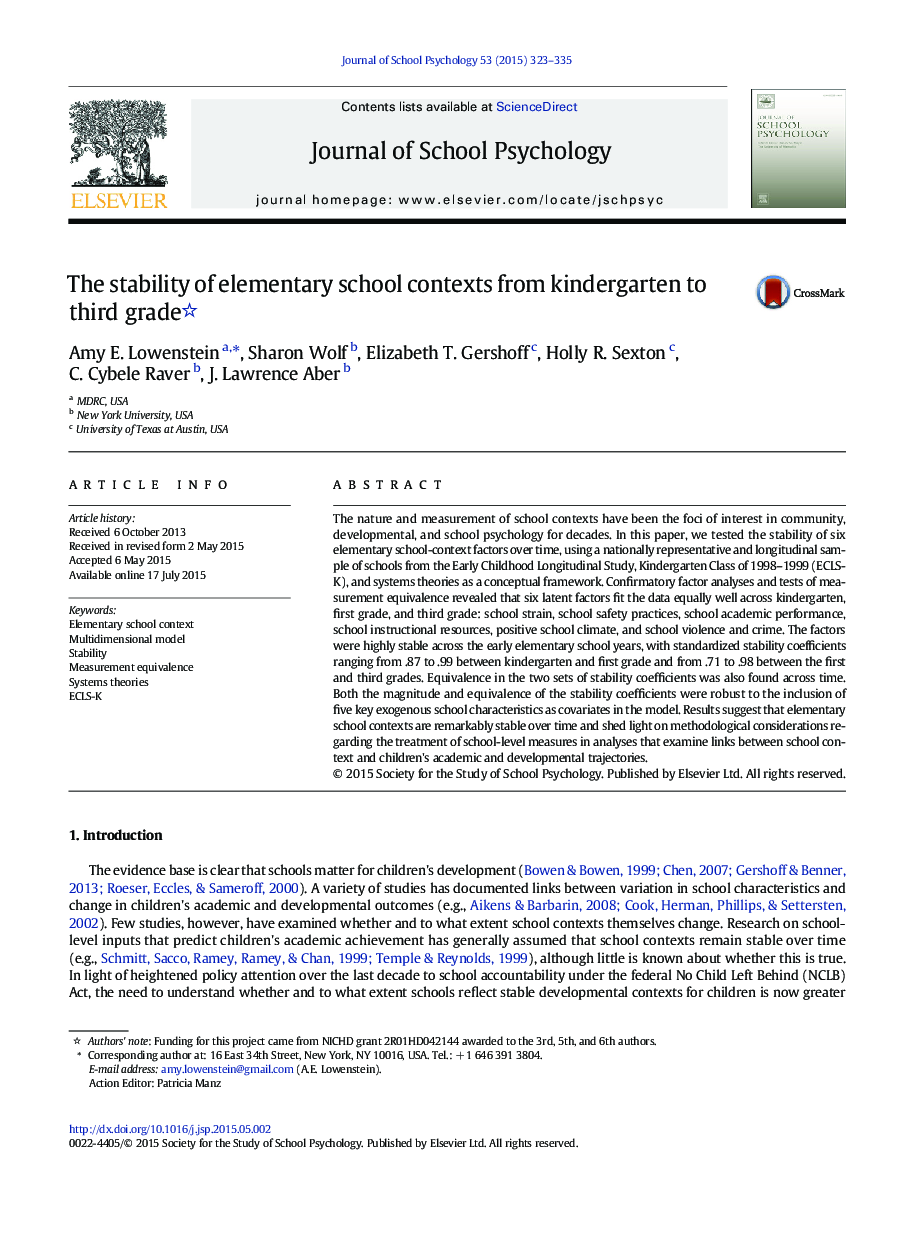 The nature and measurement of school contexts have been the foci of interest in community, developmental, and school psychology for decades. In this paper, we tested the stability of six elementary school-context factors over time, using a nationally representative and longitudinal sample of schools from the Early Childhood Longitudinal Study, Kindergarten Class of 1998–1999 (ECLS-K), and systems theories as a conceptual framework. Confirmatory factor analyses and tests of measurement equivalence revealed that six latent factors fit the data equally well across kindergarten, first grade, and third grade: school strain, school safety practices, school academic performance, school instructional resources, positive school climate, and school violence and crime. The factors were highly stable across the early elementary school years, with standardized stability coefficients ranging from .87 to .99 between kindergarten and first grade and from .71 to .98 between the first and third grades. Equivalence in the two sets of stability coefficients was also found across time. Both the magnitude and equivalence of the stability coefficients were robust to the inclusion of five key exogenous school characteristics as covariates in the model. Results suggest that elementary school contexts are remarkably stable over time and shed light on methodological considerations regarding the treatment of school-level measures in analyses that examine links between school context and children's academic and developmental trajectories.