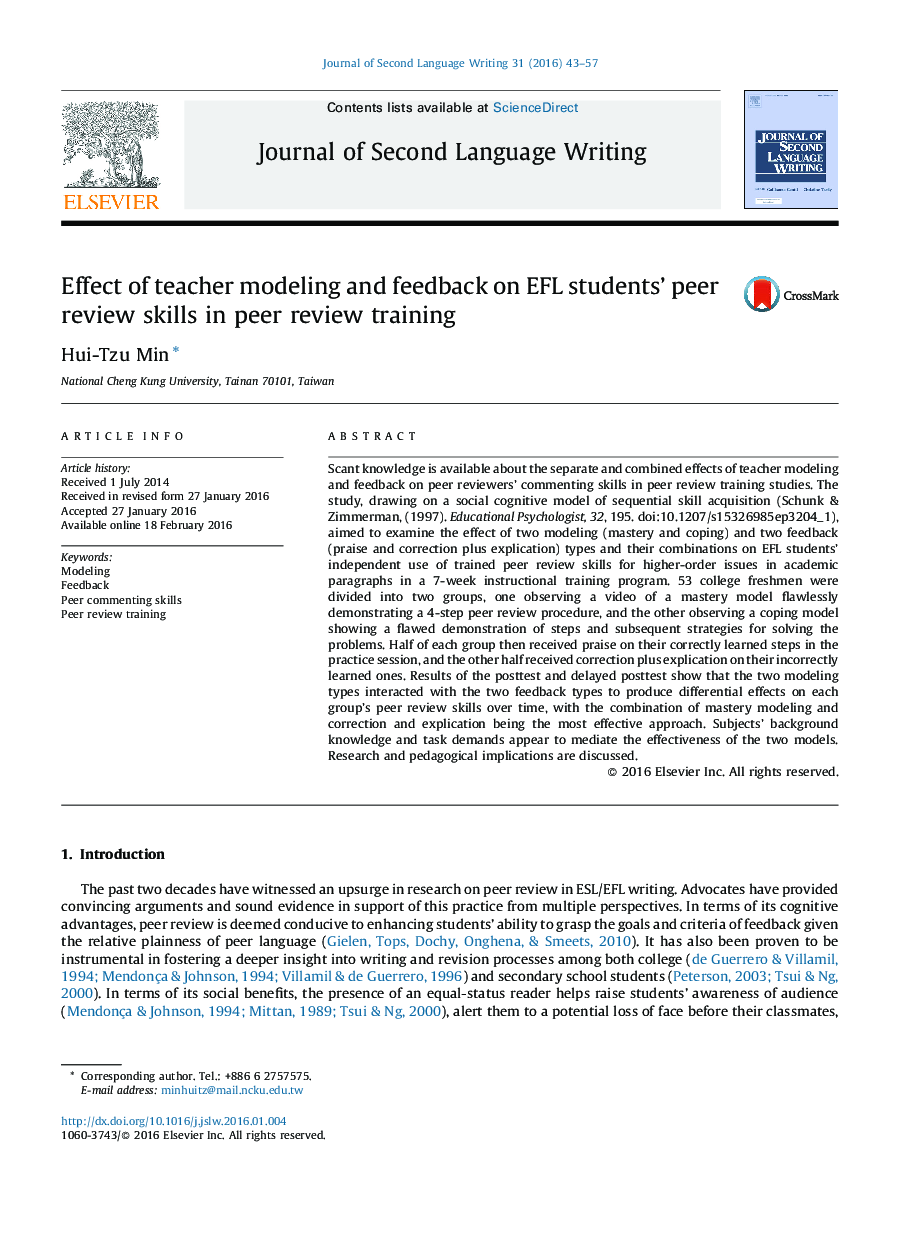 Scant knowledge is available about the separate and combined effects of teacher modeling and feedback on peer reviewers’ commenting skills in peer review training studies. The study, drawing on a social cognitive model of sequential skill acquisition (Schunk & Zimmerman, (1997). Educational Psychologist, 32, 195. doi:10.1207/s15326985ep3204_1), aimed to examine the effect of two modeling (mastery and coping) and two feedback (praise and correction plus explication) types and their combinations on EFL students’ independent use of trained peer review skills for higher-order issues in academic paragraphs in a 7-week instructional training program. 53 college freshmen were divided into two groups, one observing a video of a mastery model flawlessly demonstrating a 4-step peer review procedure, and the other observing a coping model showing a flawed demonstration of steps and subsequent strategies for solving the problems. Half of each group then received praise on their correctly learned steps in the practice session, and the other half received correction plus explication on their incorrectly learned ones. Results of the posttest and delayed posttest show that the two modeling types interacted with the two feedback types to produce differential effects on each group's peer review skills over time, with the combination of mastery modeling and correction and explication being the most effective approach. Subjects’ background knowledge and task demands appear to mediate the effectiveness of the two models. Research and pedagogical implications are discussed.