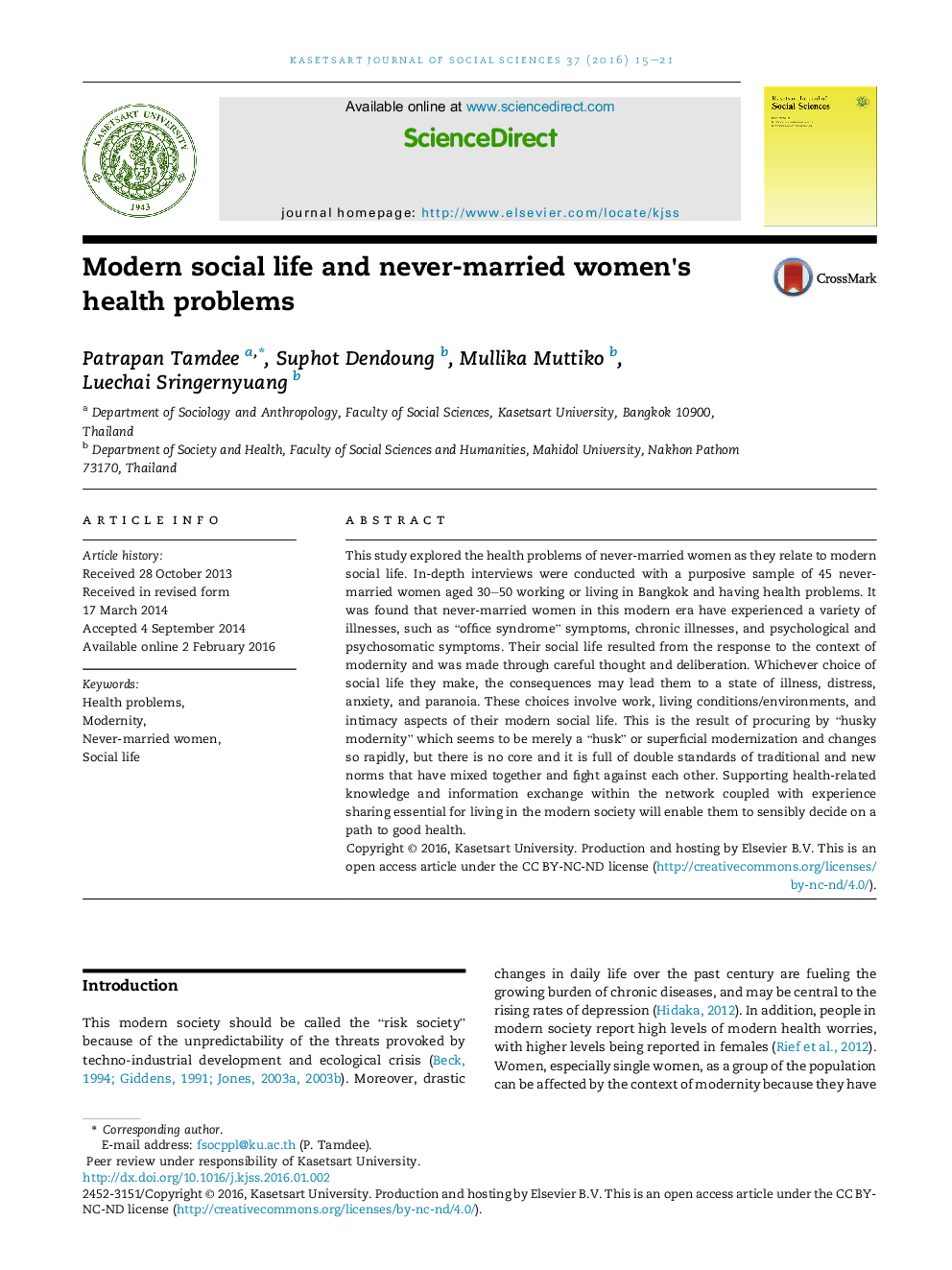 This study explored the health problems of never-married women as they relate to modern social life. In-depth interviews were conducted with a purposive sample of 45 never-married women aged 30–50 working or living in Bangkok and having health problems. It was found that never-married women in this modern era have experienced a variety of illnesses, such as “office syndrome” symptoms, chronic illnesses, and psychological and psychosomatic symptoms. Their social life resulted from the response to the context of modernity and was made through careful thought and deliberation. Whichever choice of social life they make, the consequences may lead them to a state of illness, distress, anxiety, and paranoia. These choices involve work, living conditions/environments, and intimacy aspects of their modern social life. This is the result of procuring by “husky modernity” which seems to be merely a “husk” or superficial modernization and changes so rapidly, but there is no core and it is full of double standards of traditional and new norms that have mixed together and fight against each other. Supporting health-related knowledge and information exchange within the network coupled with experience sharing essential for living in the modern society will enable them to sensibly decide on a path to good health.