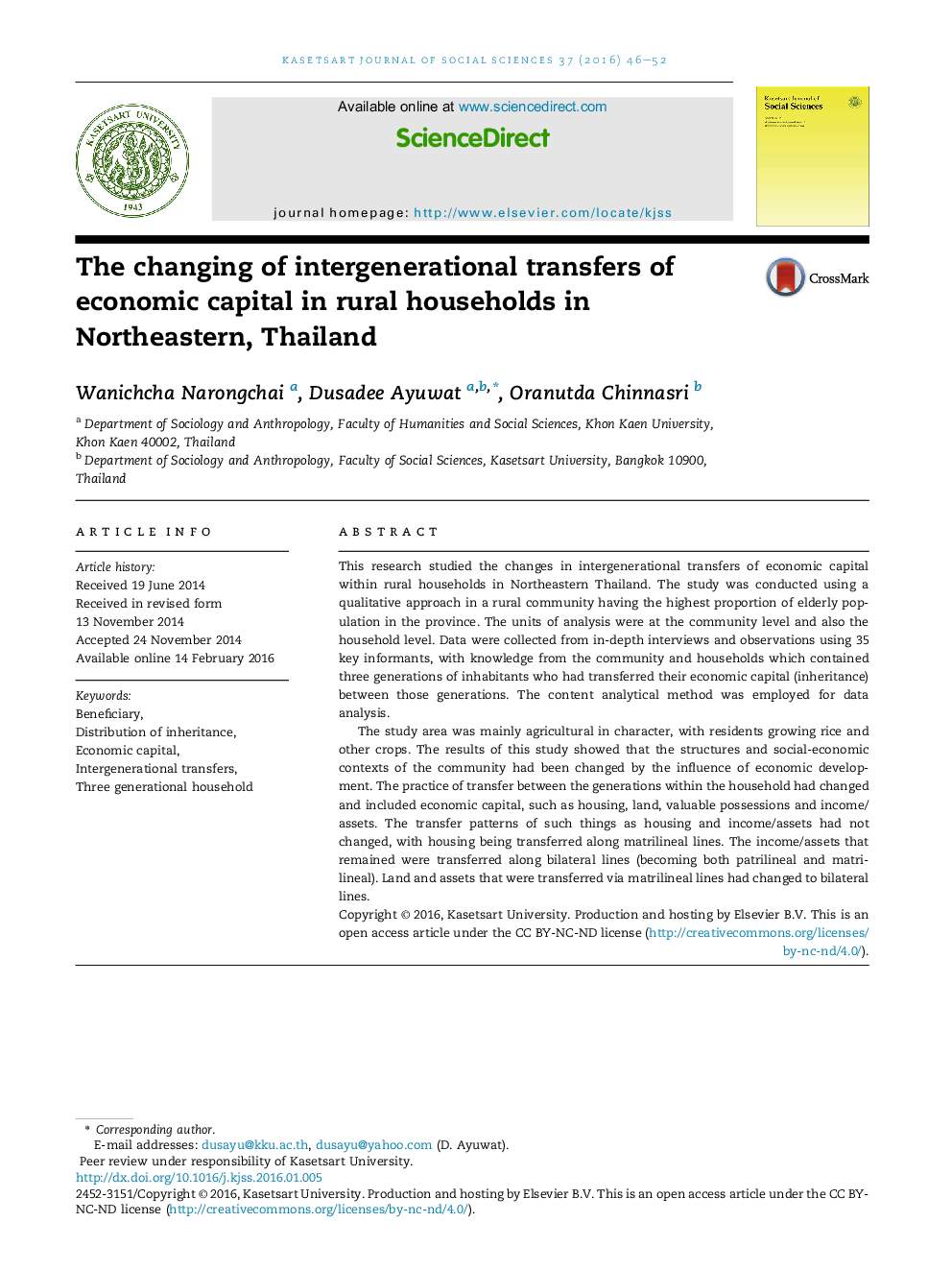 This research studied the changes in intergenerational transfers of economic capital within rural households in Northeastern Thailand. The study was conducted using a qualitative approach in a rural community having the highest proportion of elderly population in the province. The units of analysis were at the community level and also the household level. Data were collected from in-depth interviews and observations using 35 key informants, with knowledge from the community and households which contained three generations of inhabitants who had transferred their economic capital (inheritance) between those generations. The content analytical method was employed for data analysis.The study area was mainly agricultural in character, with residents growing rice and other crops. The results of this study showed that the structures and social-economic contexts of the community had been changed by the influence of economic development. The practice of transfer between the generations within the household had changed and included economic capital, such as housing, land, valuable possessions and income/assets. The transfer patterns of such things as housing and income/assets had not changed, with housing being transferred along matrilineal lines. The income/assets that remained were transferred along bilateral lines (becoming both patrilineal and matrilineal). Land and assets that were transferred via matrilineal lines had changed to bilateral lines.