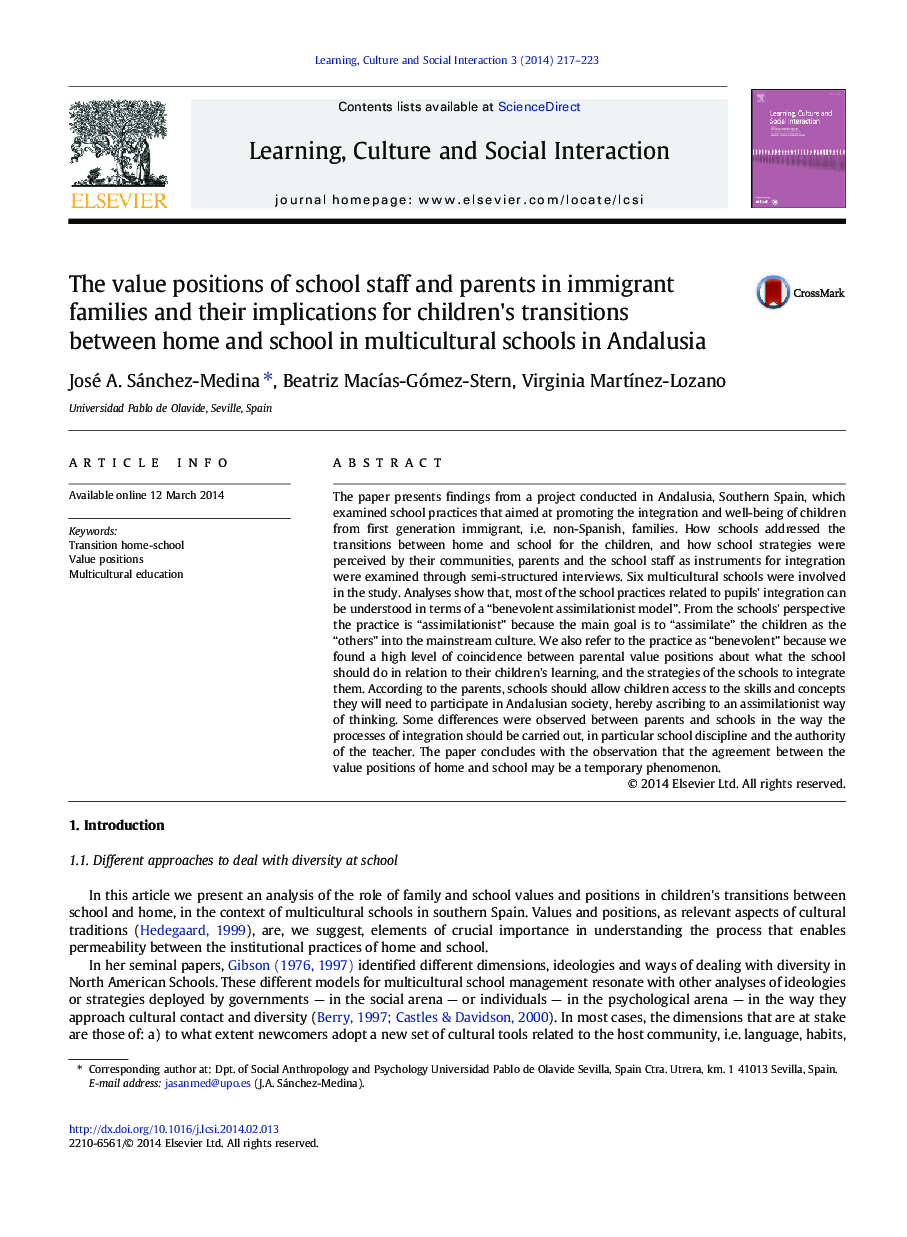 The paper presents findings from a project conducted in Andalusia, Southern Spain, which examined school practices that aimed at promoting the integration and well-being of children from first generation immigrant, i.e. non-Spanish, families. How schools addressed the transitions between home and school for the children, and how school strategies were perceived by their communities, parents and the school staff as instruments for integration were examined through semi-structured interviews. Six multicultural schools were involved in the study. Analyses show that, most of the school practices related to pupils' integration can be understood in terms of a “benevolent assimilationist model”. From the schools' perspective the practice is “assimilationist” because the main goal is to “assimilate” the children as the “others” into the mainstream culture. We also refer to the practice as “benevolent” because we found a high level of coincidence between parental value positions about what the school should do in relation to their children's learning, and the strategies of the schools to integrate them. According to the parents, schools should allow children access to the skills and concepts they will need to participate in Andalusian society, hereby ascribing to an assimilationist way of thinking. Some differences were observed between parents and schools in the way the processes of integration should be carried out, in particular school discipline and the authority of the teacher. The paper concludes with the observation that the agreement between the value positions of home and school may be a temporary phenomenon.