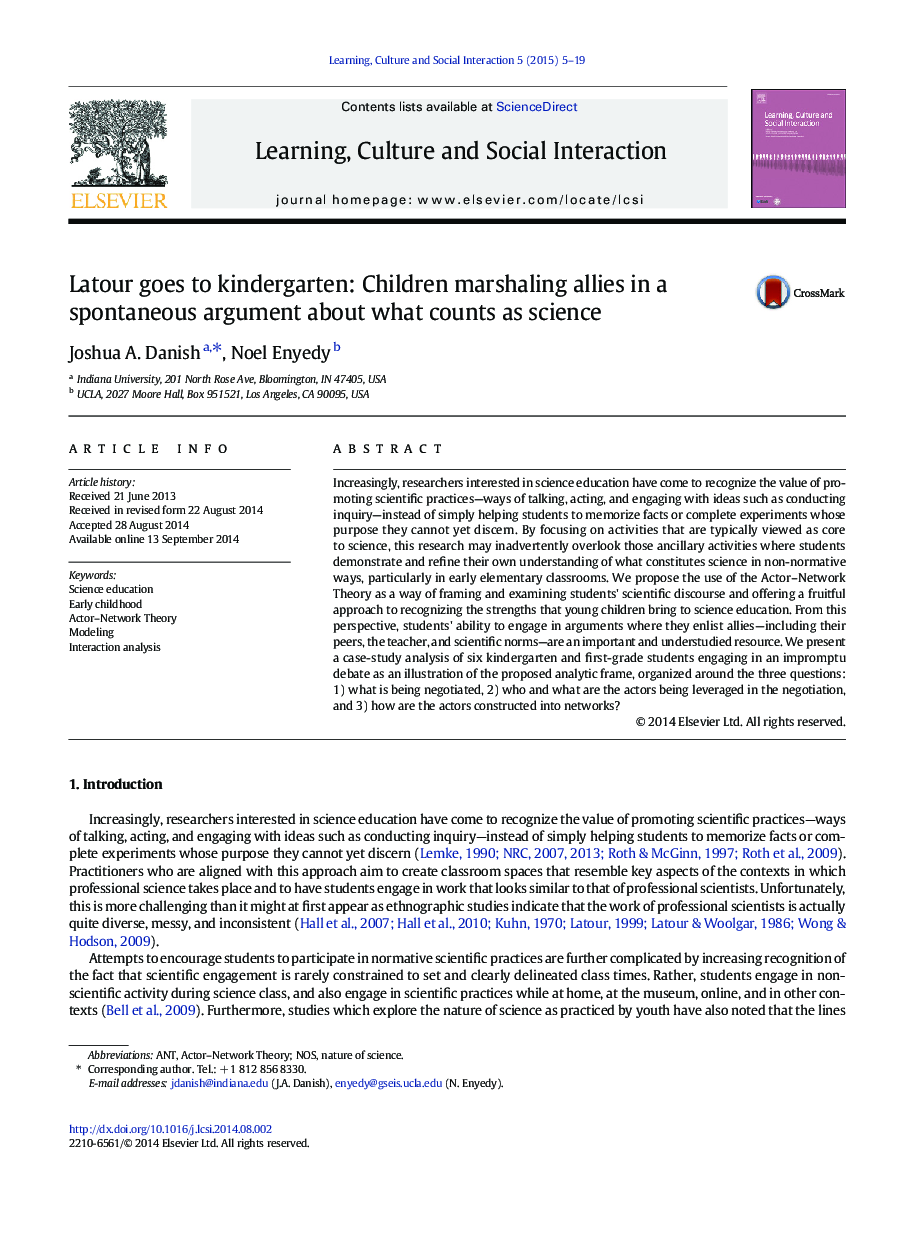 Increasingly, researchers interested in science education have come to recognize the value of promoting scientific practices—ways of talking, acting, and engaging with ideas such as conducting inquiry—instead of simply helping students to memorize facts or complete experiments whose purpose they cannot yet discern. By focusing on activities that are typically viewed as core to science, this research may inadvertently overlook those ancillary activities where students demonstrate and refine their own understanding of what constitutes science in non-normative ways, particularly in early elementary classrooms. We propose the use of the Actor–Network Theory as a way of framing and examining students' scientific discourse and offering a fruitful approach to recognizing the strengths that young children bring to science education. From this perspective, students' ability to engage in arguments where they enlist allies—including their peers, the teacher, and scientific norms—are an important and understudied resource. We present a case-study analysis of six kindergarten and first-grade students engaging in an impromptu debate as an illustration of the proposed analytic frame, organized around the three questions: 1) what is being negotiated, 2) who and what are the actors being leveraged in the negotiation, and 3) how are the actors constructed into networks?