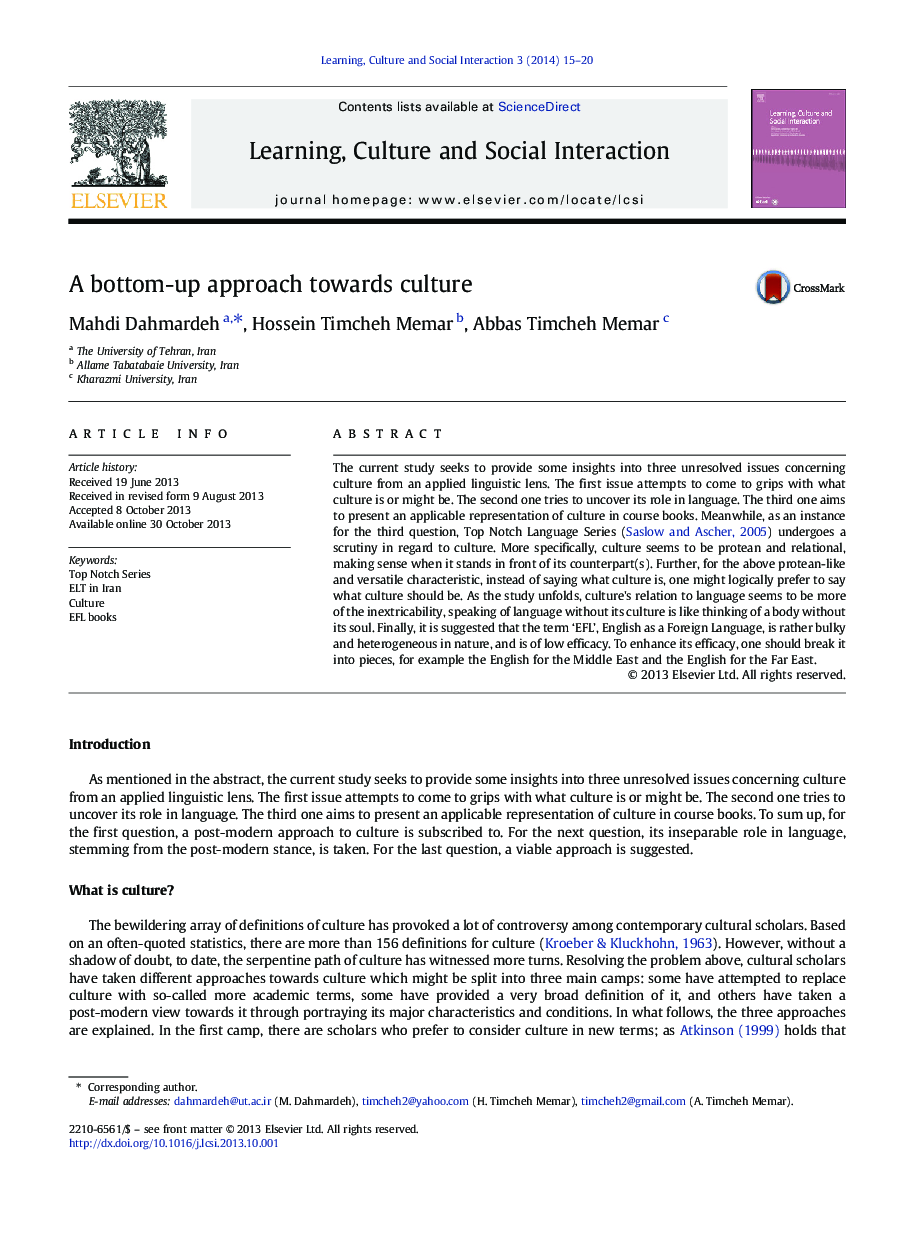 The current study seeks to provide some insights into three unresolved issues concerning culture from an applied linguistic lens. The first issue attempts to come to grips with what culture is or might be. The second one tries to uncover its role in language. The third one aims to present an applicable representation of culture in course books. Meanwhile, as an instance for the third question, Top Notch Language Series (Saslow and Ascher, 2005) undergoes a scrutiny in regard to culture. More specifically, culture seems to be protean and relational, making sense when it stands in front of its counterpart(s). Further, for the above protean-like and versatile characteristic, instead of saying what culture is, one might logically prefer to say what culture should be. As the study unfolds, culture's relation to language seems to be more of the inextricability, speaking of language without its culture is like thinking of a body without its soul. Finally, it is suggested that the term ‘EFL’, English as a Foreign Language, is rather bulky and heterogeneous in nature, and is of low efficacy. To enhance its efficacy, one should break it into pieces, for example the English for the Middle East and the English for the Far East.