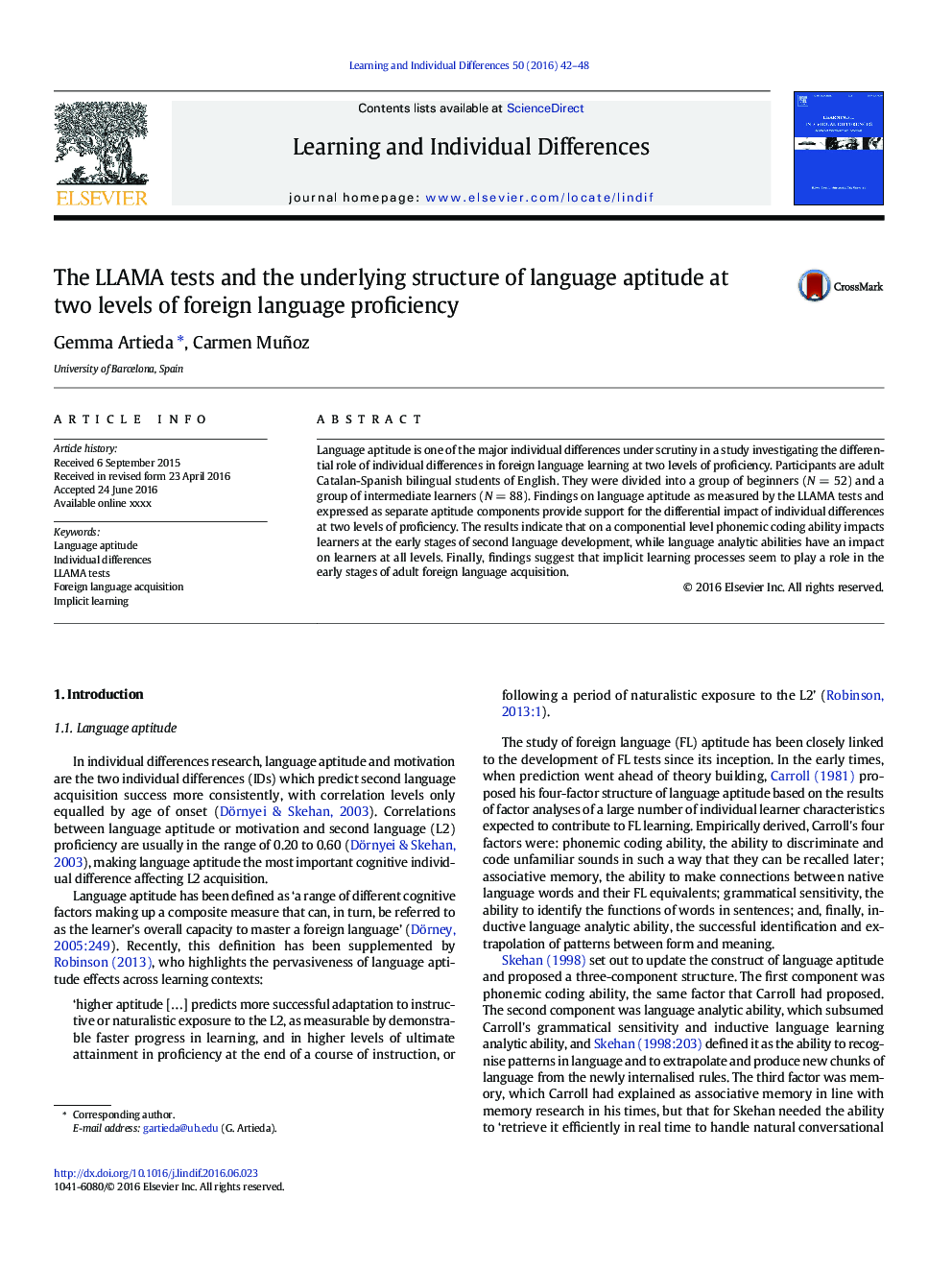 Language aptitude is one of the major individual differences under scrutiny in a study investigating the differential role of individual differences in foreign language learning at two levels of proficiency. Participants are adult Catalan-Spanish bilingual students of English. They were divided into a group of beginners (N = 52) and a group of intermediate learners (N = 88). Findings on language aptitude as measured by the LLAMA tests and expressed as separate aptitude components provide support for the differential impact of individual differences at two levels of proficiency. The results indicate that on a componential level phonemic coding ability impacts learners at the early stages of second language development, while language analytic abilities have an impact on learners at all levels. Finally, findings suggest that implicit learning processes seem to play a role in the early stages of adult foreign language acquisition.