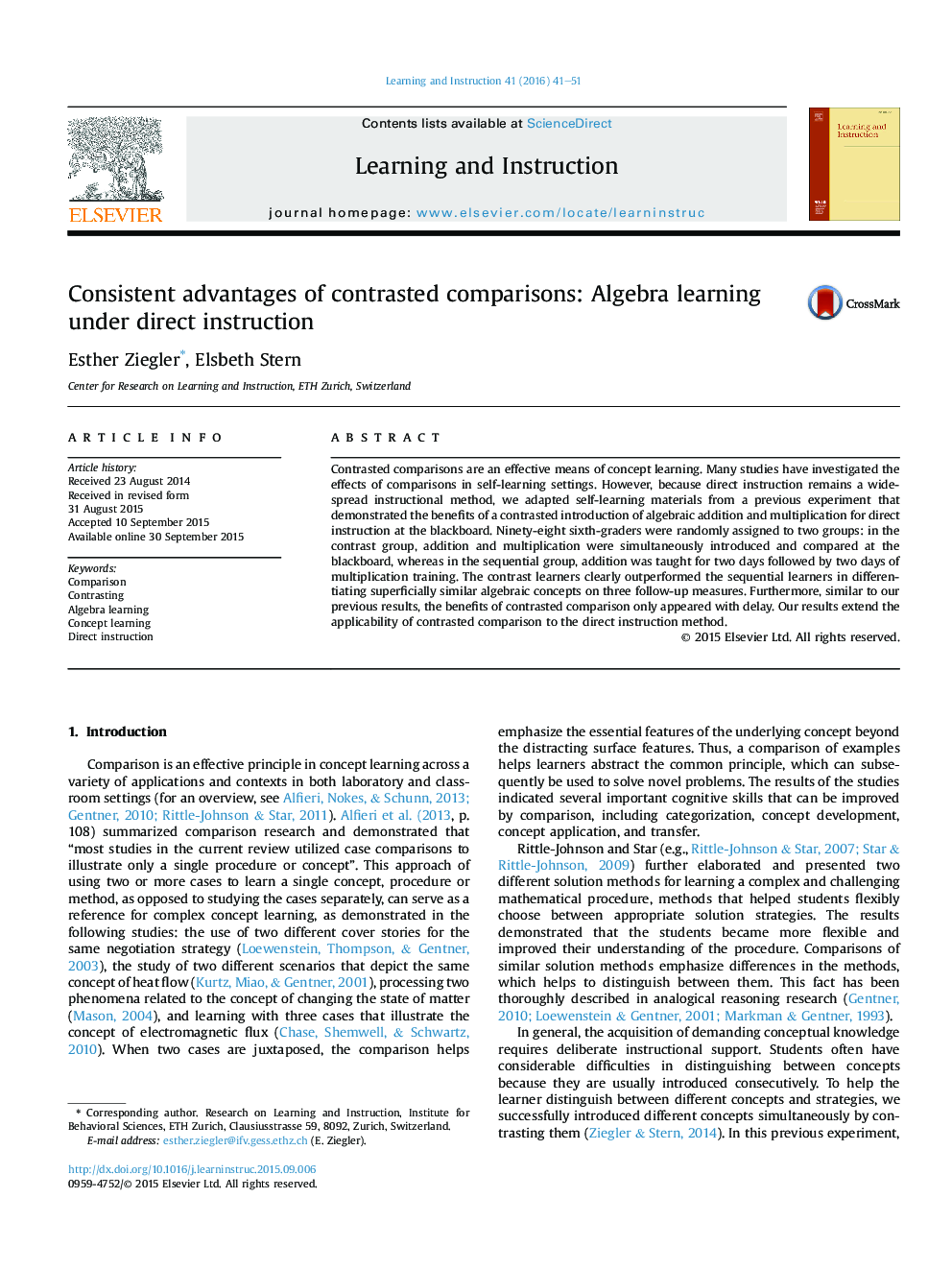 • Learning algebraic addition and multiplication in contrasted manner is successful.
• The disadvantage of contrasting in the short term turned to benefits in the long term.
• Contrasted comparisons are effective under teacher-directed instruction.

Contrasted comparisons are an effective means of concept learning. Many studies have investigated the effects of comparisons in self-learning settings. However, because direct instruction remains a widespread instructional method, we adapted self-learning materials from a previous experiment that demonstrated the benefits of a contrasted introduction of algebraic addition and multiplication for direct instruction at the blackboard. Ninety-eight sixth-graders were randomly assigned to two groups: in the contrast group, addition and multiplication were simultaneously introduced and compared at the blackboard, whereas in the sequential group, addition was taught for two days followed by two days of multiplication training. The contrast learners clearly outperformed the sequential learners in differentiating superficially similar algebraic concepts on three follow-up measures. Furthermore, similar to our previous results, the benefits of contrasted comparison only appeared with delay. Our results extend the applicability of contrasted comparison to the direct instruction method.