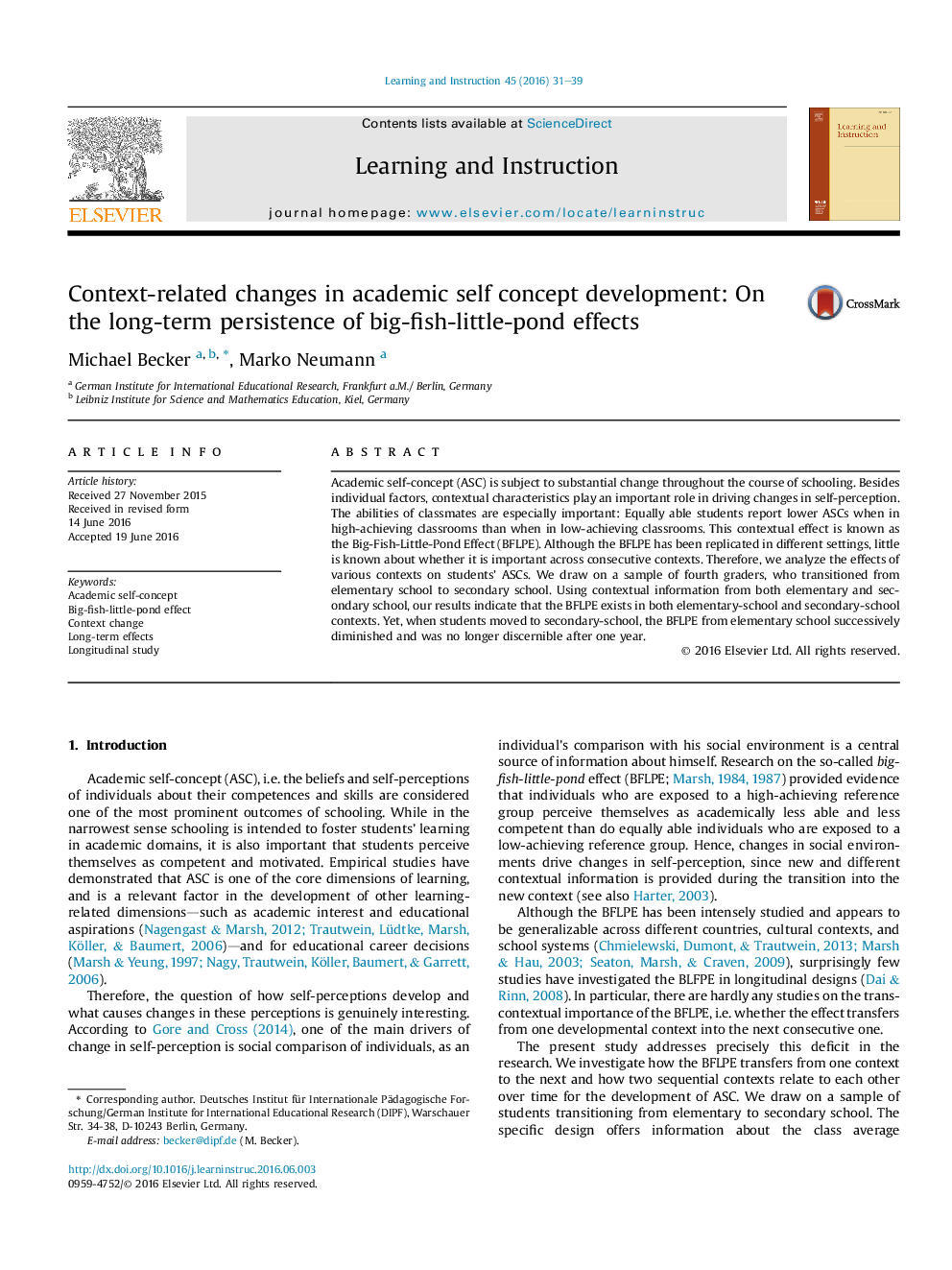 Academic self-concept (ASC) is subject to substantial change throughout the course of schooling. Besides individual factors, contextual characteristics play an important role in driving changes in self-perception. The abilities of classmates are especially important: Equally able students report lower ASCs when in high-achieving classrooms than when in low-achieving classrooms. This contextual effect is known as the Big-Fish-Little-Pond Effect (BFLPE). Although the BFLPE has been replicated in different settings, little is known about whether it is important across consecutive contexts. Therefore, we analyze the effects of various contexts on students’ ASCs. We draw on a sample of fourth graders, who transitioned from elementary school to secondary school. Using contextual information from both elementary and secondary school, our results indicate that the BFLPE exists in both elementary-school and secondary-school contexts. Yet, when students moved to secondary-school, the BFLPE from elementary school successively diminished and was no longer discernible after one year.