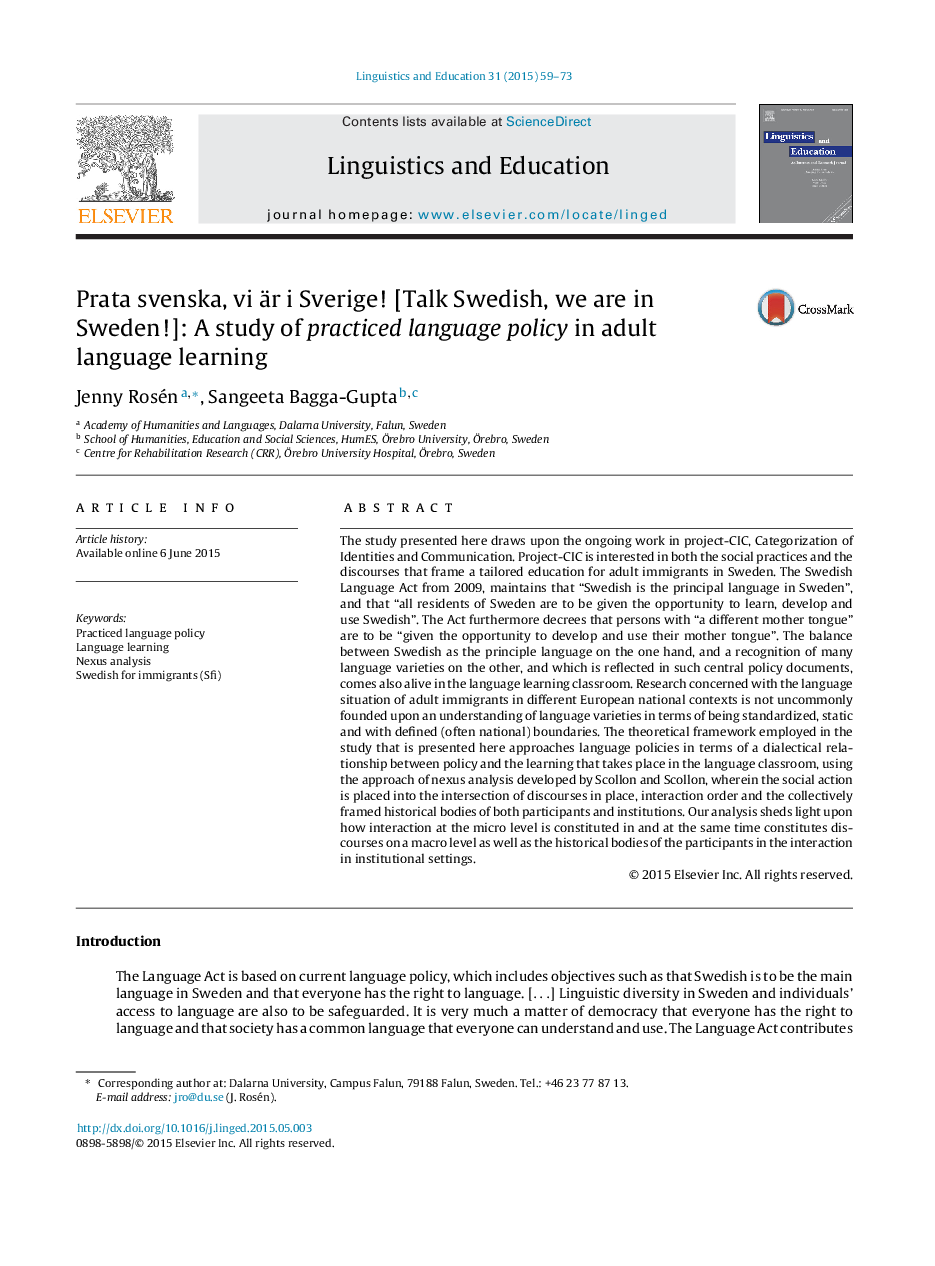 The study presented here draws upon the ongoing work in project-CIC, Categorization of Identities and Communication. Project-CIC is interested in both the social practices and the discourses that frame a tailored education for adult immigrants in Sweden. The Swedish Language Act from 2009, maintains that “Swedish is the principal language in Sweden”, and that “all residents of Sweden are to be given the opportunity to learn, develop and use Swedish”. The Act furthermore decrees that persons with “a different mother tongue” are to be “given the opportunity to develop and use their mother tongue”. The balance between Swedish as the principle language on the one hand, and a recognition of many language varieties on the other, and which is reflected in such central policy documents, comes also alive in the language learning classroom. Research concerned with the language situation of adult immigrants in different European national contexts is not uncommonly founded upon an understanding of language varieties in terms of being standardized, static and with defined (often national) boundaries. The theoretical framework employed in the study that is presented here approaches language policies in terms of a dialectical relationship between policy and the learning that takes place in the language classroom, using the approach of nexus analysis developed by Scollon and Scollon, wherein the social action is placed into the intersection of discourses in place, interaction order and the collectively framed historical bodies of both participants and institutions. Our analysis sheds light upon how interaction at the micro level is constituted in and at the same time constitutes discourses on a macro level as well as the historical bodies of the participants in the interaction in institutional settings.