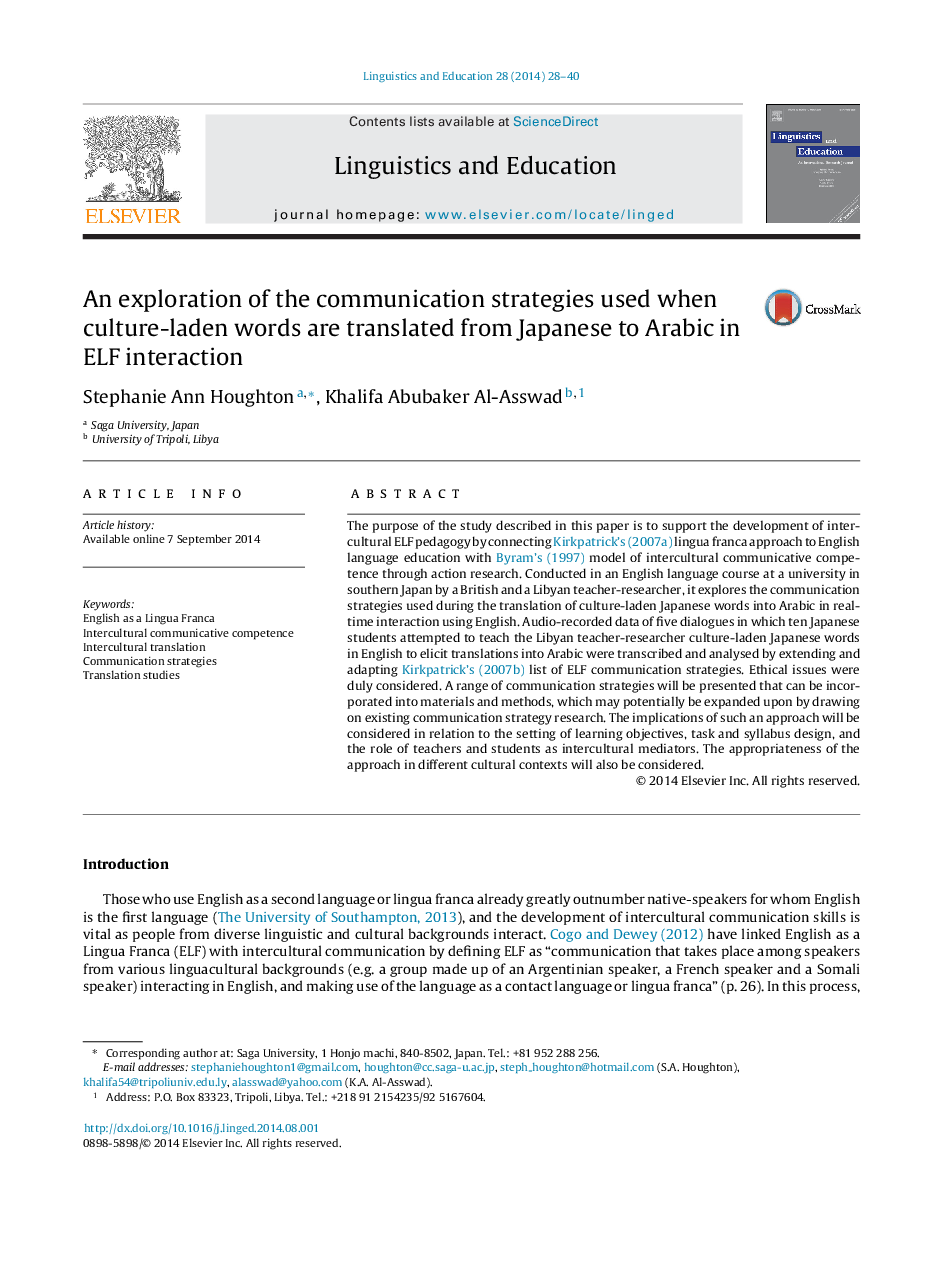 The purpose of the study described in this paper is to support the development of intercultural ELF pedagogy by connecting Kirkpatrick's (2007a) lingua franca approach to English language education with Byram's (1997) model of intercultural communicative competence through action research. Conducted in an English language course at a university in southern Japan by a British and a Libyan teacher-researcher, it explores the communication strategies used during the translation of culture-laden Japanese words into Arabic in real-time interaction using English. Audio-recorded data of five dialogues in which ten Japanese students attempted to teach the Libyan teacher-researcher culture-laden Japanese words in English to elicit translations into Arabic were transcribed and analysed by extending and adapting Kirkpatrick's (2007b) list of ELF communication strategies. Ethical issues were duly considered. A range of communication strategies will be presented that can be incorporated into materials and methods, which may potentially be expanded upon by drawing on existing communication strategy research. The implications of such an approach will be considered in relation to the setting of learning objectives, task and syllabus design, and the role of teachers and students as intercultural mediators. The appropriateness of the approach in different cultural contexts will also be considered.