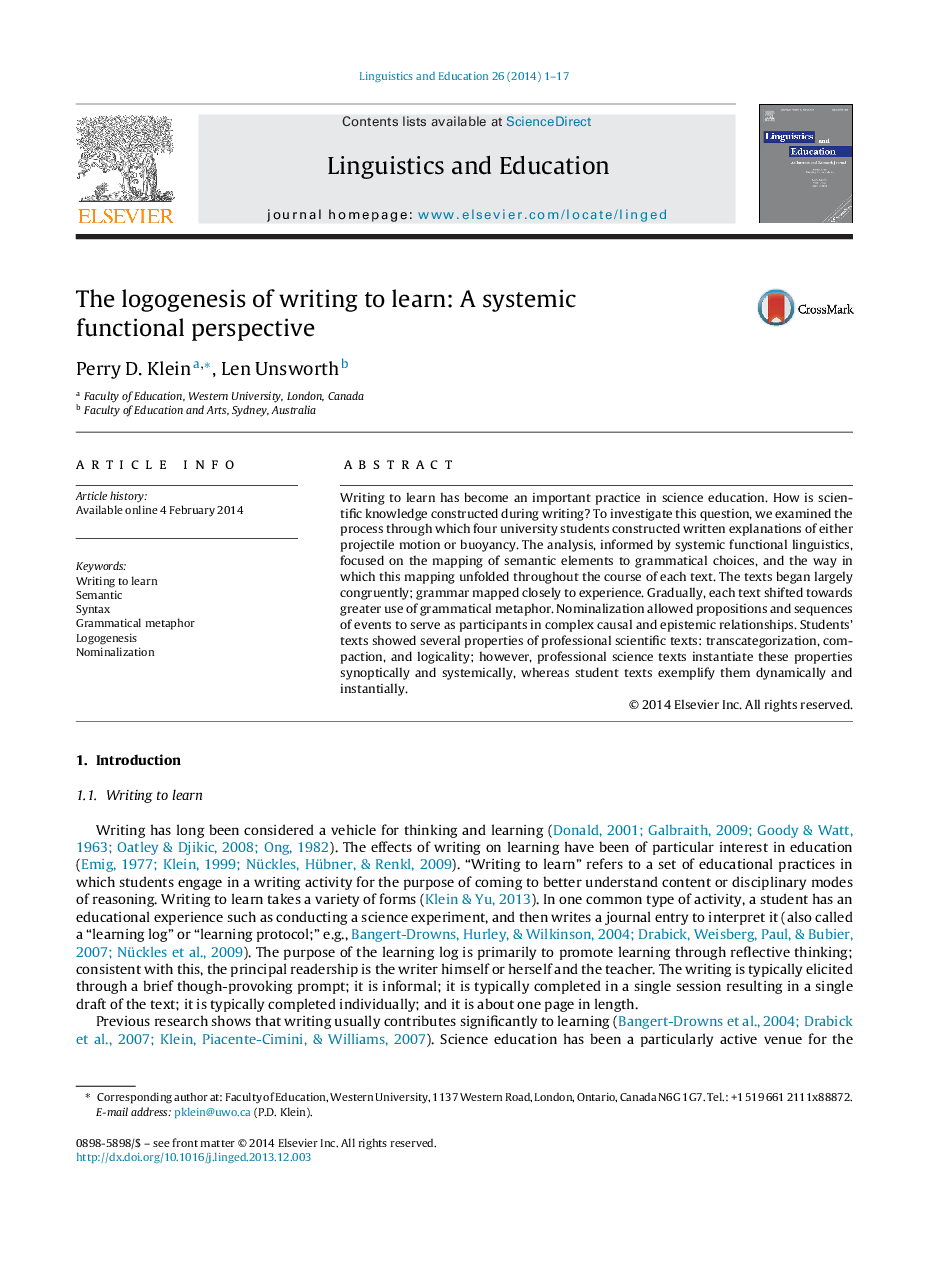 Writing to learn has become an important practice in science education. How is scientific knowledge constructed during writing? To investigate this question, we examined the process through which four university students constructed written explanations of either projectile motion or buoyancy. The analysis, informed by systemic functional linguistics, focused on the mapping of semantic elements to grammatical choices, and the way in which this mapping unfolded throughout the course of each text. The texts began largely congruently; grammar mapped closely to experience. Gradually, each text shifted towards greater use of grammatical metaphor. Nominalization allowed propositions and sequences of events to serve as participants in complex causal and epistemic relationships. Students’ texts showed several properties of professional scientific texts: transcategorization, compaction, and logicality; however, professional science texts instantiate these properties synoptically and systemically, whereas student texts exemplify them dynamically and instantially.