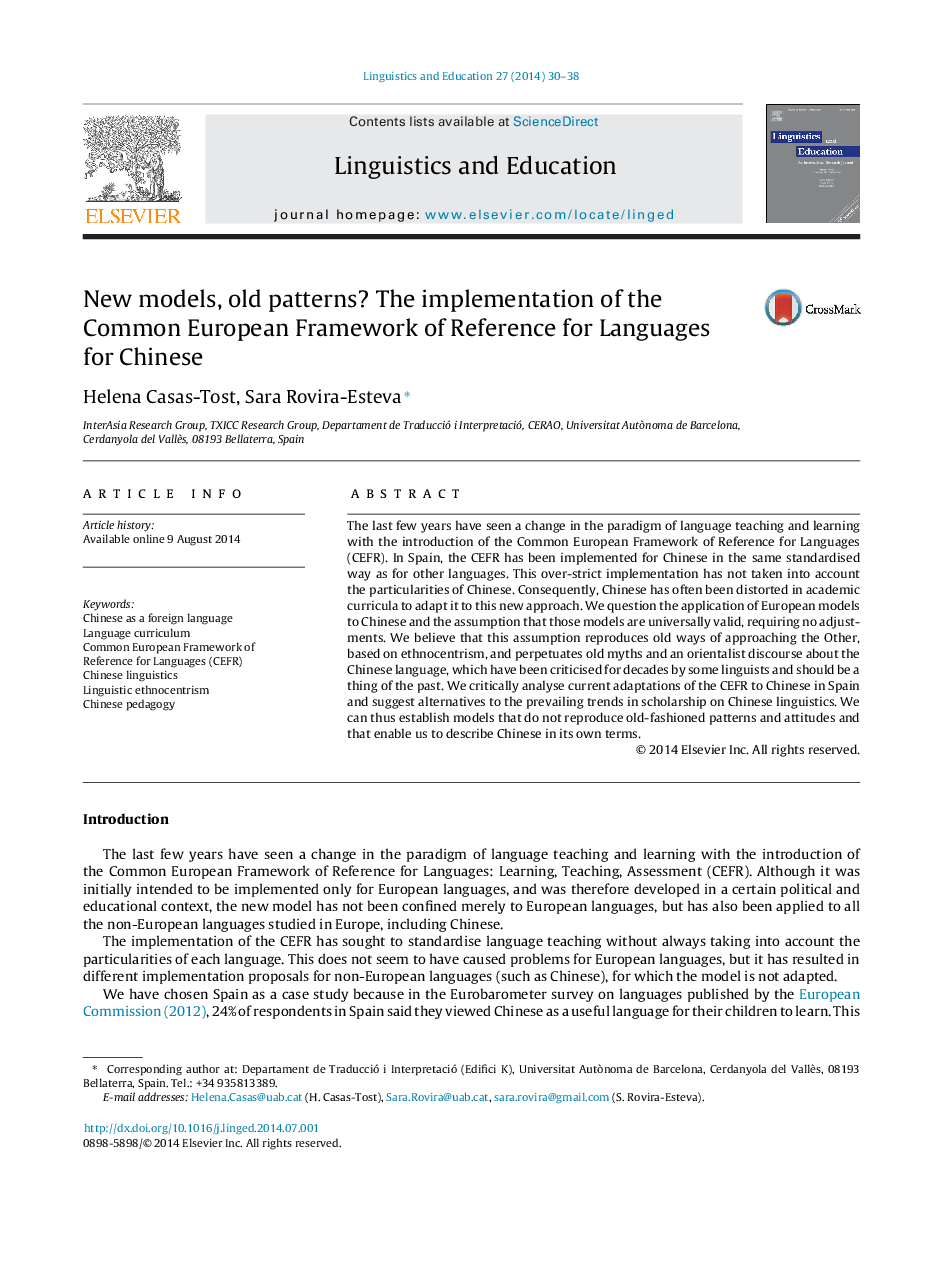 The last few years have seen a change in the paradigm of language teaching and learning with the introduction of the Common European Framework of Reference for Languages (CEFR). In Spain, the CEFR has been implemented for Chinese in the same standardised way as for other languages. This over-strict implementation has not taken into account the particularities of Chinese. Consequently, Chinese has often been distorted in academic curricula to adapt it to this new approach. We question the application of European models to Chinese and the assumption that those models are universally valid, requiring no adjustments. We believe that this assumption reproduces old ways of approaching the Other, based on ethnocentrism, and perpetuates old myths and an orientalist discourse about the Chinese language, which have been criticised for decades by some linguists and should be a thing of the past. We critically analyse current adaptations of the CEFR to Chinese in Spain and suggest alternatives to the prevailing trends in scholarship on Chinese linguistics. We can thus establish models that do not reproduce old-fashioned patterns and attitudes and that enable us to describe Chinese in its own terms.