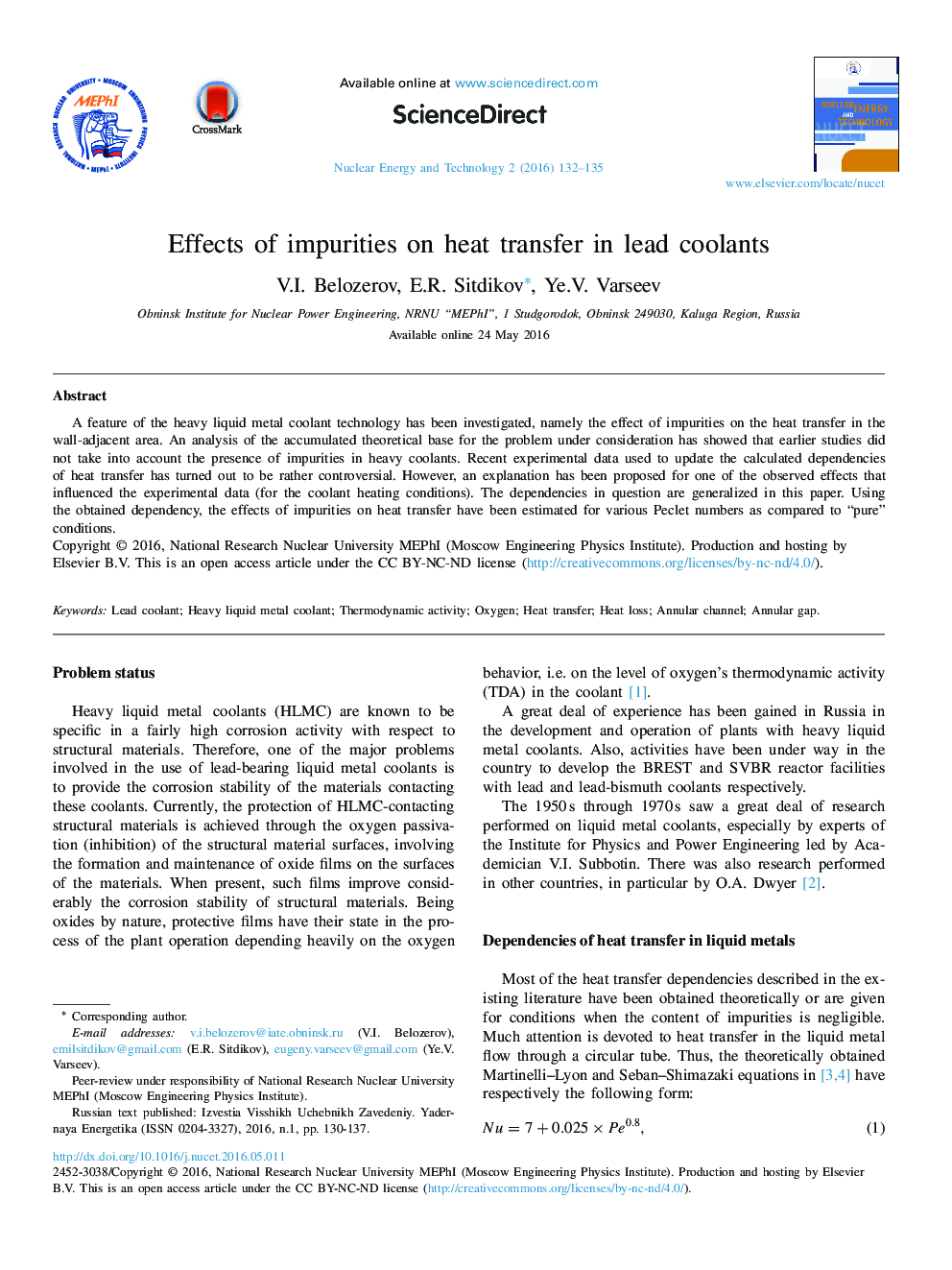 A feature of the heavy liquid metal coolant technology has been investigated, namely the effect of impurities on the heat transfer in the wall-adjacent area. An analysis of the accumulated theoretical base for the problem under consideration has showed that earlier studies did not take into account the presence of impurities in heavy coolants. Recent experimental data used to update the calculated dependencies of heat transfer has turned out to be rather controversial. However, an explanation has been proposed for one of the observed effects that influenced the experimental data (for the coolant heating conditions). The dependencies in question are generalized in this paper. Using the obtained dependency, the effects of impurities on heat transfer have been estimated for various Peclet numbers as compared to “pure” conditions.