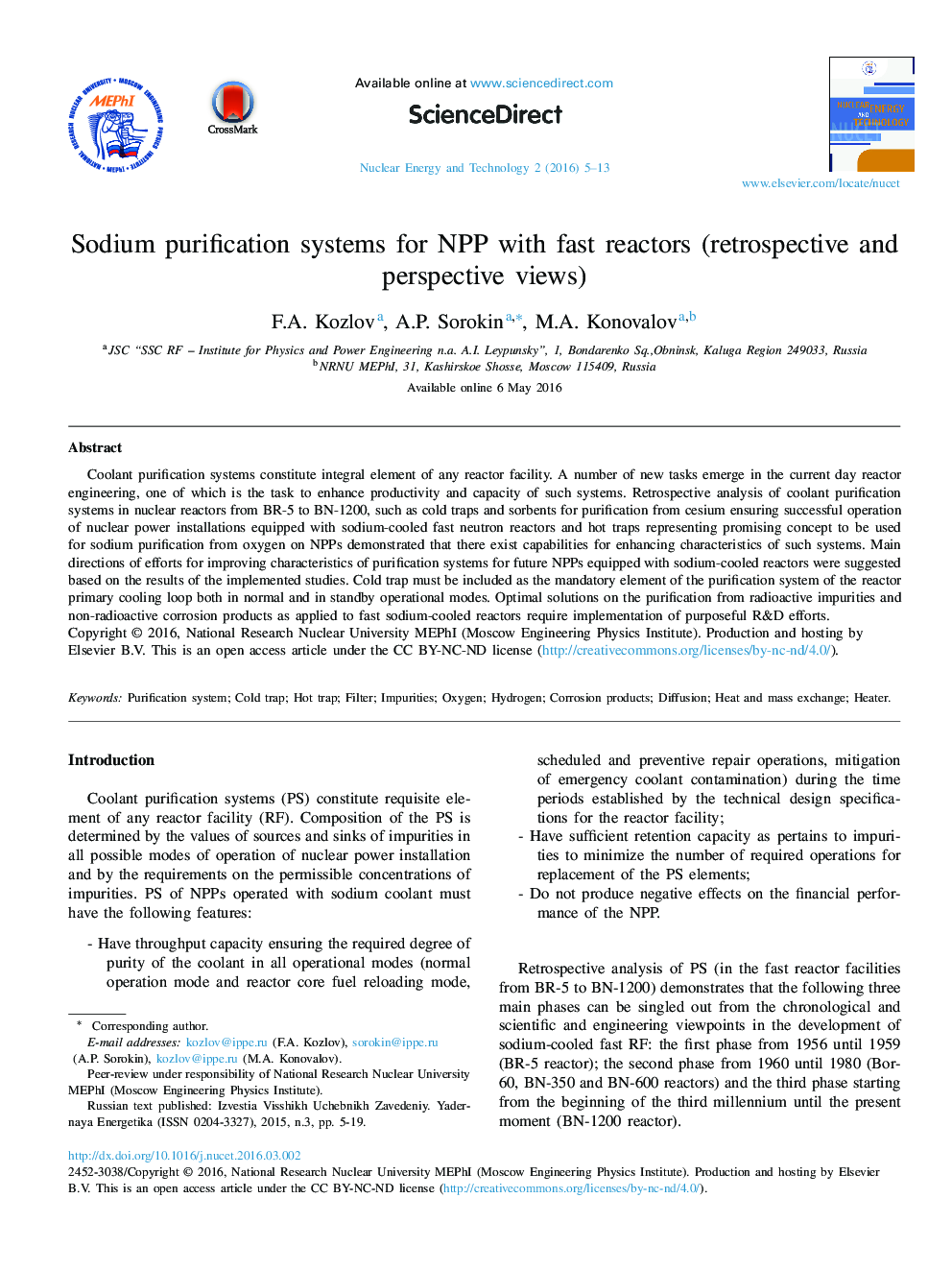 Coolant purification systems constitute integral element of any reactor facility. A number of new tasks emerge in the current day reactor engineering, one of which is the task to enhance productivity and capacity of such systems. Retrospective analysis of coolant purification systems in nuclear reactors from BR-5 to BN-1200, such as cold traps and sorbents for purification from cesium ensuring successful operation of nuclear power installations equipped with sodium-cooled fast neutron reactors and hot traps representing promising concept to be used for sodium purification from oxygen on NPPs demonstrated that there exist capabilities for enhancing characteristics of such systems. Main directions of efforts for improving characteristics of purification systems for future NPPs equipped with sodium-cooled reactors were suggested based on the results of the implemented studies. Cold trap must be included as the mandatory element of the purification system of the reactor primary cooling loop both in normal and in standby operational modes. Optimal solutions on the purification from radioactive impurities and non-radioactive corrosion products as applied to fast sodium-cooled reactors require implementation of purposeful R&D efforts.