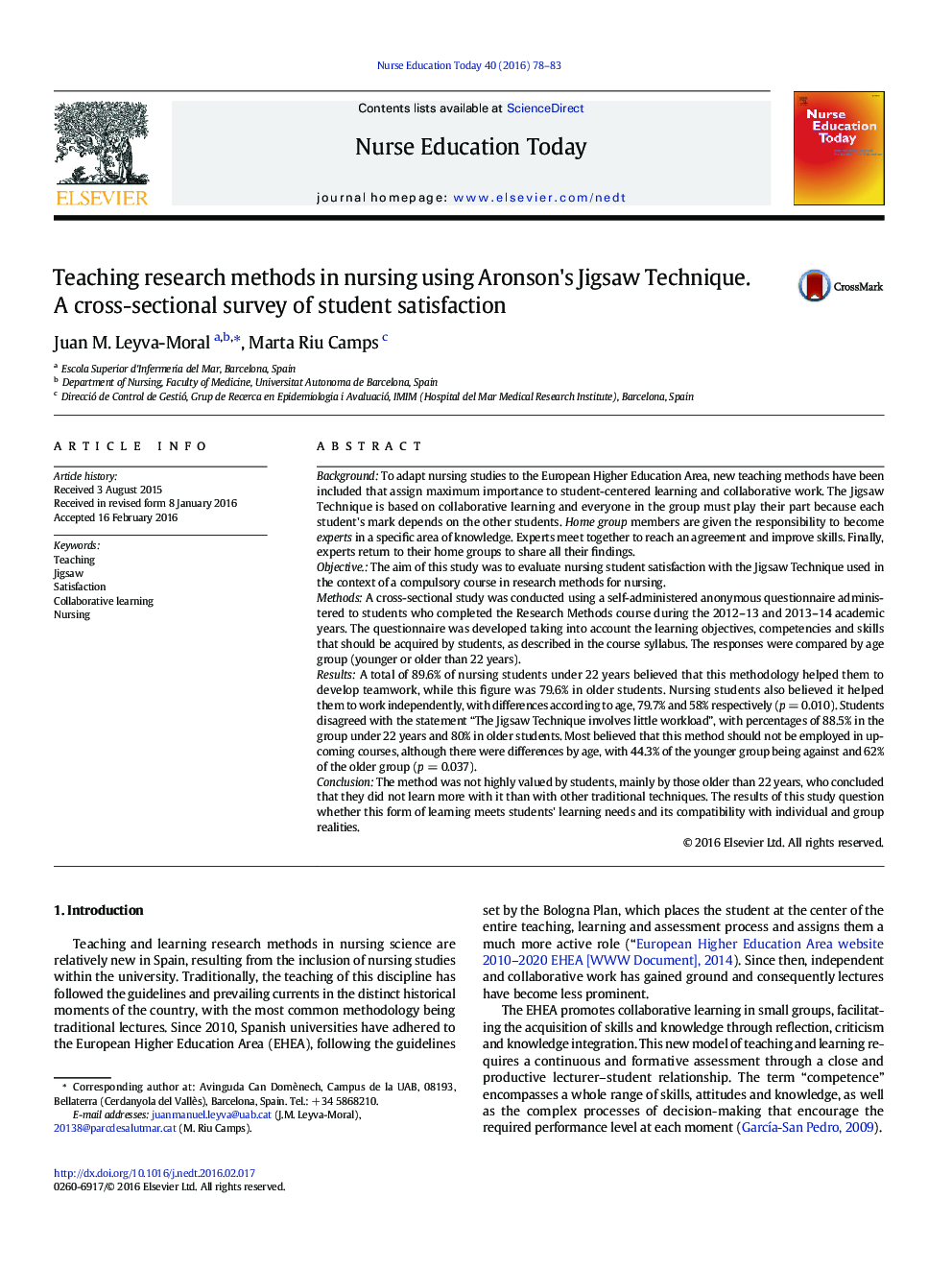 BackgroundTo adapt nursing studies to the European Higher Education Area, new teaching methods have been included that assign maximum importance to student-centered learning and collaborative work. The Jigsaw Technique is based on collaborative learning and everyone in the group must play their part because each student's mark depends on the other students. Home group members are given the responsibility to become experts in a specific area of knowledge. Experts meet together to reach an agreement and improve skills. Finally, experts return to their home groups to share all their findings.Objective.The aim of this study was to evaluate nursing student satisfaction with the Jigsaw Technique used in the context of a compulsory course in research methods for nursing.MethodsA cross-sectional study was conducted using a self-administered anonymous questionnaire administered to students who completed the Research Methods course during the 2012–13 and 2013–14 academic years. The questionnaire was developed taking into account the learning objectives, competencies and skills that should be acquired by students, as described in the course syllabus. The responses were compared by age group (younger or older than 22 years).ResultsA total of 89.6% of nursing students under 22 years believed that this methodology helped them to develop teamwork, while this figure was 79.6% in older students. Nursing students also believed it helped them to work independently, with differences according to age, 79.7% and 58% respectively (p = 0.010). Students disagreed with the statement “The Jigsaw Technique involves little workload”, with percentages of 88.5% in the group under 22 years and 80% in older students. Most believed that this method should not be employed in upcoming courses, although there were differences by age, with 44.3% of the younger group being against and 62% of the older group (p = 0.037).ConclusionThe method was not highly valued by students, mainly by those older than 22 years, who concluded that they did not learn more with it than with other traditional techniques. The results of this study question whether this form of learning meets students' learning needs and its compatibility with individual and group realities.