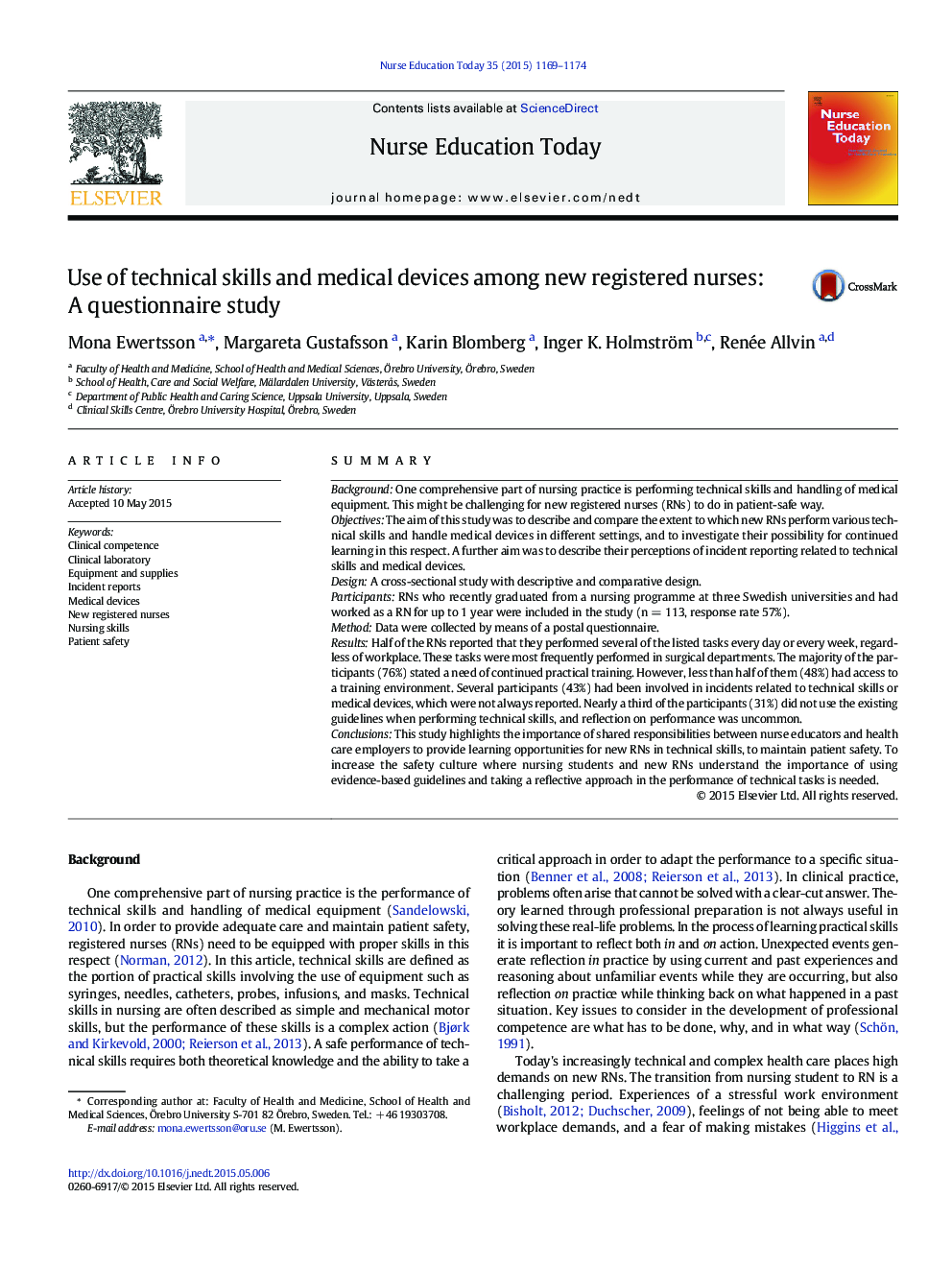 SummaryBackgroundOne comprehensive part of nursing practice is performing technical skills and handling of medical equipment. This might be challenging for new registered nurses (RNs) to do in patient-safe way.ObjectivesThe aim of this study was to describe and compare the extent to which new RNs perform various technical skills and handle medical devices in different settings, and to investigate their possibility for continued learning in this respect. A further aim was to describe their perceptions of incident reporting related to technical skills and medical devices.DesignA cross-sectional study with descriptive and comparative design.ParticipantsRNs who recently graduated from a nursing programme at three Swedish universities and had worked as a RN for up to 1 year were included in the study (n = 113, response rate 57%).MethodData were collected by means of a postal questionnaire.ResultsHalf of the RNs reported that they performed several of the listed tasks every day or every week, regardless of workplace. These tasks were most frequently performed in surgical departments. The majority of the participants (76%) stated a need of continued practical training. However, less than half of them (48%) had access to a training environment. Several participants (43%) had been involved in incidents related to technical skills or medical devices, which were not always reported. Nearly a third of the participants (31%) did not use the existing guidelines when performing technical skills, and reflection on performance was uncommon.ConclusionsThis study highlights the importance of shared responsibilities between nurse educators and health care employers to provide learning opportunities for new RNs in technical skills, to maintain patient safety. To increase the safety culture where nursing students and new RNs understand the importance of using evidence-based guidelines and taking a reflective approach in the performance of technical tasks is needed.