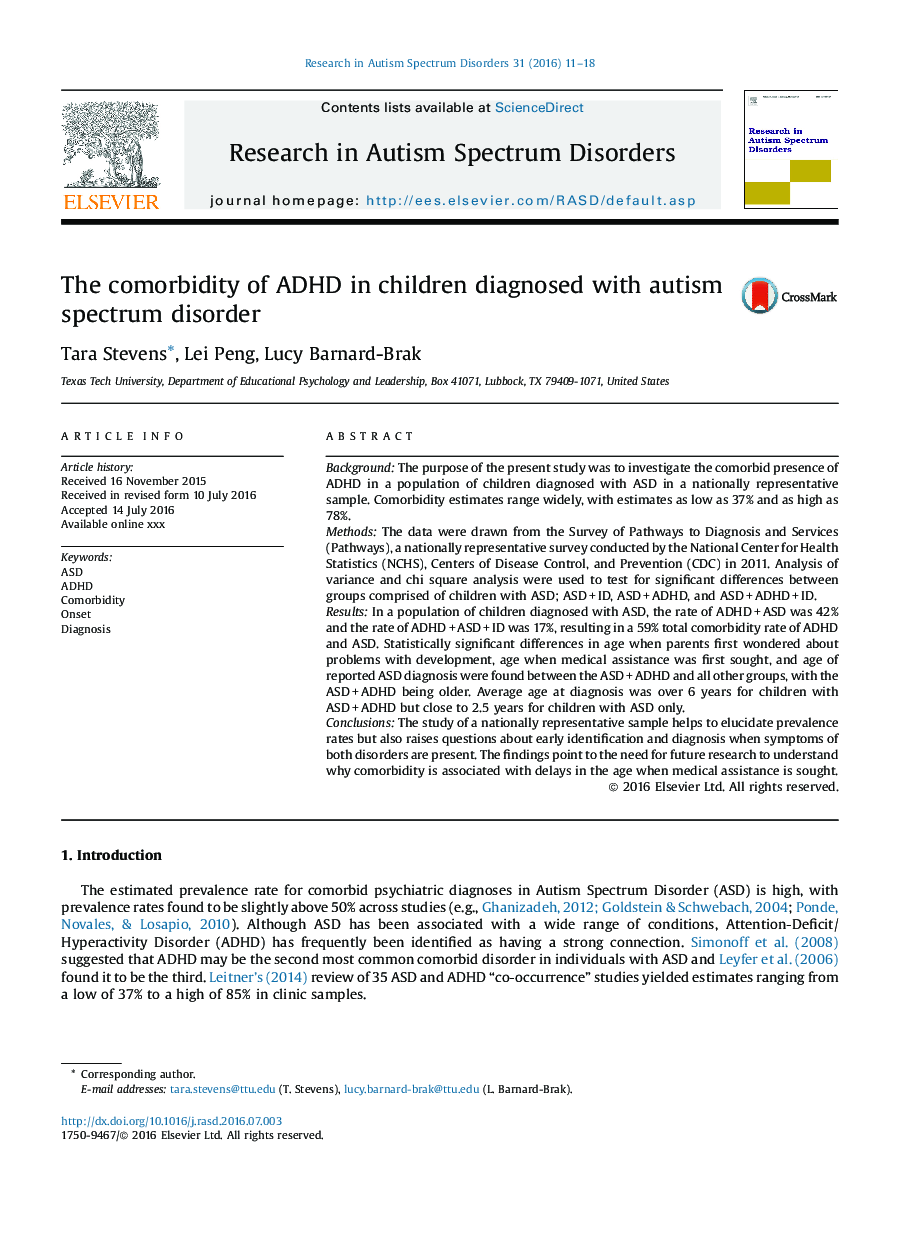 BackgroundThe purpose of the present study was to investigate the comorbid presence of ADHD in a population of children diagnosed with ASD in a nationally representative sample. Comorbidity estimates range widely, with estimates as low as 37% and as high as 78%.MethodsThe data were drawn from the Survey of Pathways to Diagnosis and Services (Pathways), a nationally representative survey conducted by the National Center for Health Statistics (NCHS), Centers of Disease Control, and Prevention (CDC) in 2011. Analysis of variance and chi square analysis were used to test for significant differences between groups comprised of children with ASD; ASD + ID, ASD + ADHD, and ASD + ADHD + ID.ResultsIn a population of children diagnosed with ASD, the rate of ADHD + ASD was 42% and the rate of ADHD + ASD + ID was 17%, resulting in a 59% total comorbidity rate of ADHD and ASD. Statistically significant differences in age when parents first wondered about problems with development, age when medical assistance was first sought, and age of reported ASD diagnosis were found between the ASD + ADHD and all other groups, with the ASD + ADHD being older. Average age at diagnosis was over 6 years for children with ASD + ADHD but close to 2.5 years for children with ASD only.ConclusionsThe study of a nationally representative sample helps to elucidate prevalence rates but also raises questions about early identification and diagnosis when symptoms of both disorders are present. The findings point to the need for future research to understand why comorbidity is associated with delays in the age when medical assistance is sought.